Marina Zenovich's three-hour doc doesn't let the unapologetic athlete off the hook, but settles for a direct presentation of his obvious contradictions. 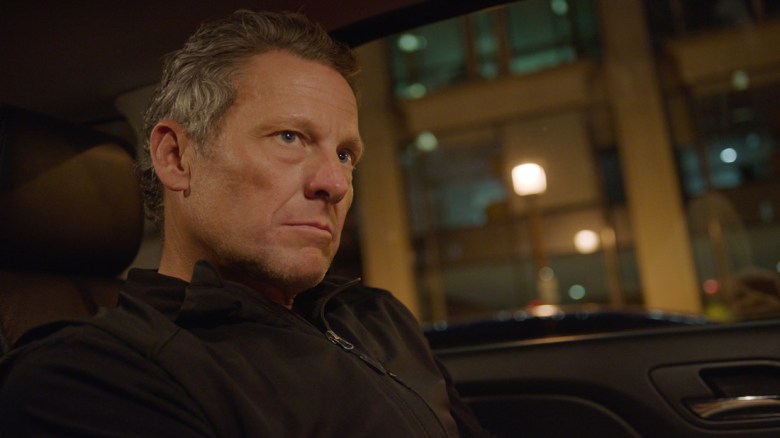 Lance Armstrong was an exulted hero to millions, before he was an asshole cheater to millions more. In her new two-part documentary “Lance,” director Marina Zenovich separates the good from the bad, the hero from the villain, before crashing them together in one unifying portrait of one man. It’s harder than it sounds. The seven-time Tour de France champion and cancer survivor used his improbable medical recovery to boost his athletic profile, and then used his Wheaties box-approved athletic status to boost awareness for teens with cancer. Everything fell under the “Lance Armstrong” brand, so everything came crashing down when his career-long doping habit was exposed in 2012. The scandal tarnished the good he did for the sport, the good he did for cancer research, and the obvious good it did for Armstrong himself.

Now, seven years after he admitted to using performance-enhancing drugs, Zenovich checks in Armstrong to see what he’s learned, how he’s doing, and who he’s become. The answers are relatively simple: He’s learned little, he’s doing OK, and he’s very much the same man he’s always been. While retracing the athlete’s rise and fall with the benefit of hindsight can be compelling (even cathartic for anyone who sported a Livestrong bracelet), the lack of revelations leave the film stunted. Once you untangle the sticky web of Armstrong’s life, you’re left with the simple impression that he’s neither his best or his worst self: He’s just a guy.

Perhaps “bro” would be the more applicable term. “Lance” starts with Armstrong recounting a recent run-in outside a random bar. Just as he’s getting into his Uber, he hears someone call his name from across the street. “Hey Lance!” He looks up. “Fuck you!” Soon, not only is the first shouter still cussing him out, but his friends join in. So what does Armstrong do? He calls the bar, gives the owner his credit card number, and tells him to put everything those guys order on his tab, given one condition: The bar owner has to tell them that Lance Armstrong bought their drinks.

In the past, Armstrong said he would’ve gone over and punched that dude. But now, per this story, he’s changed. But Zenovich knows better. It’s telling that the director starts with a story that’s superficially about change, but more directly about a deep yearning for re-evaluation. Armstrong didn’t just turn the other cheek out of humility and kindness; he pointedly told the bartender to tell the people who hate him that he did something nice. This, in a nutshell, is how Armstrong comes across in the documentary: transparent to a point, manipulative throughout, and desperate for a second chance.

More recent footage shows Armstrong receiving an award at a breast cancer benefit… put on by Babes for Boobs. The sparse crowd talks through his acceptance speech, and Armstrong leaves through the back door even though there were barely any reporters or fans at the small step-and-repeat when he arrived. Later, he talks to his son Luke’s football team at Rice University. After spouting a few motivational sentiments about working hard, he has to ask the head coach for the team’s motto and then forgets his son’s jersey number. Armstrong appears desperate for any sort of spotlight that comes with any sort of positive recognition, even if it’s clear these opportunities aren’t the same as what he had before. 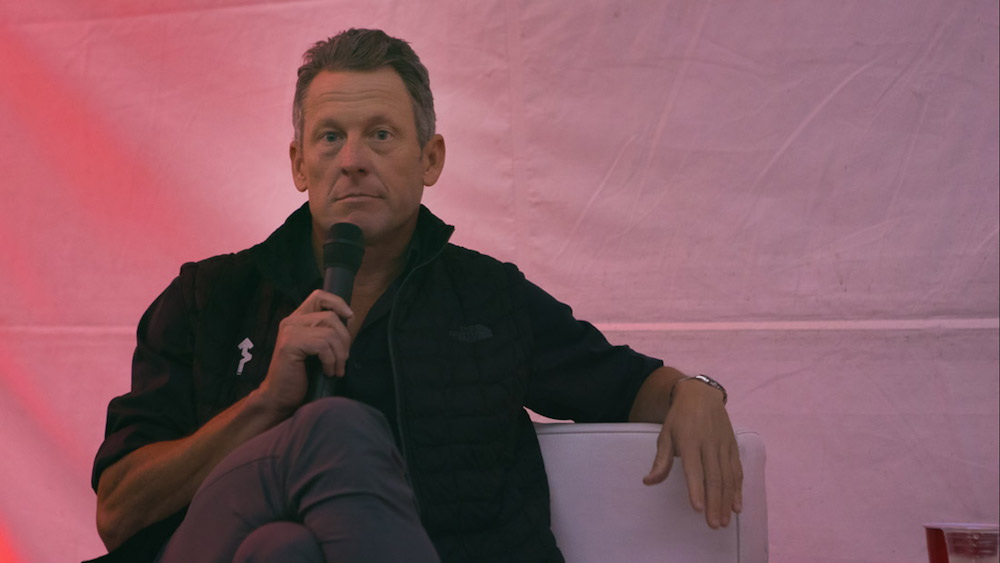 As for the past, Armstrong’s early life and training is reminiscent of many athletes driven to extremes. His father left him when he was very young. His step-father unapologetically beat him with a fraternity paddle. His talent as a swimmer and cyclist gave him confidence, and the combination of all the above formed a ruthless competitor, who mocked not only his peers but his coaches. (A supportive high school coach remembers being cut out of Armstrong’s life right after the teenager beat him in a race.)

His mentality as an adolescent shaped his choices as an adult. Not only did he keep “getting his hate on” throughout cycling, despising and taunting his opposition as a way to encourage himself to do better, but Armstrong justified his decades of lying and throwing other people under the bus the same way. He was in competition mode, doing whatever it took to win. So by the time Armstrong is asked about Floyd Landis — the first major cyclist to go on record that Armstrong was doping — it’s no surprise he’s unrepentantly angry. “It could be worse,” Armstrong says about what he’s done. “I could be Floyd Landis — waking up a piece of shit every day.” When asked if that’s how he feels about his former teammate, Armstrong doubles down: “That’s what I know.”

Perhaps even more telling is Armstrong’s disdain for the Livestrong Foundation board members who forced him out of the nonprofit after he admitted to doping. Zenovich tells enough stories from enough neutral parties to make you believe Armstrong really does care about teens with cancer, but his contempt for being asked to leave so the company could keep helping kids shows just how hard it is for the man to look beyond himself.

Armstrong does express regret for two pretty terrible actions: for calling team massage therapist Emma O’Reilly a liar and a whore, after she told the truth about his needle use, and for forcing former cycling champion Greg LeMond out of sponsorship deals for questioning Armstrong’s honesty. While he’s willing to admit he shouldn’t have lied and he shouldn’t have linked his story as a cancer survivor to his journey as a cyclist, Armstrong still doesn’t understand why there’s so much anger linked to his name when other cyclists who were doping are still embraced by their countries. Zenovich focuses on this, as fascinated with Armstrong’s limited perspective as fans must be, too. How could someone who’s gone through “a nuclear meltdown,” as Armstrong calls his fallout, not look deeper than who to blame and how to get back in America’s good graces?

The film itself ultimately suffers from a similar problem. Armstrong’s story is begging for further context, given how many athletes struggle after intense upbringings birth massive egos, but the more immediate issue how simple the ending feels. Anyone interested enough in Armstrong to watch three hours of “Lance” will be entertained and informed, perhaps they’ll even form fresh opinions on the figure, but he’s still just a guy. He’s not a villain or a hero. No one is only one or the other, so maybe we should stop pretending it’s attainable — or surprising.

“Lance” premiered at the 2020 Sundance Film Festival in the Special Events section. ESPN will release the film in two parts later this year.