Christopher Nolan's storytelling is incredibly dense, so star Leonardo DiCaprio tried only to focus on his character work. 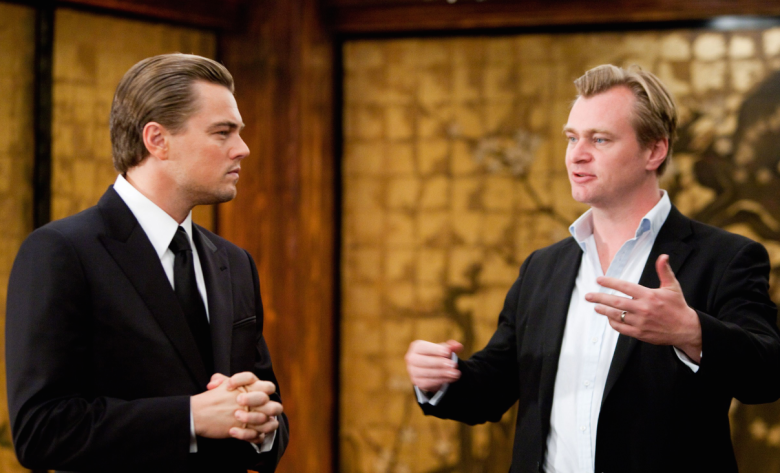 “Once Upon a Time in Hollywood” co-stars Leonardo DiCaprio and Brad Pitt recently appeared on Marc Maron’s “WTF” podcast and admitted to not entirely understanding their acclaimed films “Inception” and “Ad Astra,” respectively. Maron asked Pitt about a point of confusion in James Gray’s “Ad Astra” script, mainly how a spaceship stranded near Neptune was able to send energy surges strong enough to impact the Earth. Maron said he did not understand this part of the film, to which Pitt replied, “I’m not going to explain it to you. … I can’t explain it either.” Pitt’s reveal inspired DiCaprio to get honest about Nolan’s 2010 science-fiction epic.

“That’s like ‘Inception’ for me. What happened? I have no idea,” DiCaprio said as the three men laughed. “You’re just focused on your character, man. I do get involved [with the story], but when it came to Christopher Nolan and his mind and how [‘Inception’] was was all pieced together, everyone was trying to constantly put that puzzle together.”

When Maron asked DiCaprio if the movie made sense, the actor responded, “Well, it depends on the eye of the beholder, I guess.”

Nolan’s “Inception” is celebrating its 10th anniversary this summer and continues to baffle moviegoers with its intricate dream-within-a-dream narrative. The ending also remains a point of debate nearly a decade later. Was DiCaprio’s Cobb still stuck inside a dream when the credits rolled? “Inception” co-star Michael Caine has said that’s not the case, as his character was seen in the final scene. “If I’m there, it’s real,” Caine said in 2018. “Because I’m never in the dream. I’m the guy who invented the dream.”

As for Pitt’s confession that he could not explain one of the major plot points in “Ad Astra,” that seems to be one of the reasons his “Hollywood” writer-director Quentin Tarantino ultimately did not like the James Gray space drama. The filmmaker told The Ringer earlier this month, “In the whole second half of [‘Ad Astra’], I don’t know why anything is happen. We’re just supposed to agree with them about everything that they say, but I don’t know why this is working or why that is working; why a mutiny on a ship that happened 15 years ago is now sending surges that has killed 40,000 people. We just go with it because they tell us that’s what’s happening.”

Confusion aside, “Ad Astra” and “Inception” remain two of the most critically beloved efforts in Pitt and DiCaprio’s filmographies, respectively. Both actors received Golden Globe nominations for their performances in “Once Upon a Time in Hollywood,” with Pitt winning the Best Supporting Actor trophy. Pitt and DiCaprio are expected to earn Oscar nominations for “Hollywood” later this month.

This Article is related to: Film and tagged Christopher Nolan, Inception, Leonardo DiCaprio