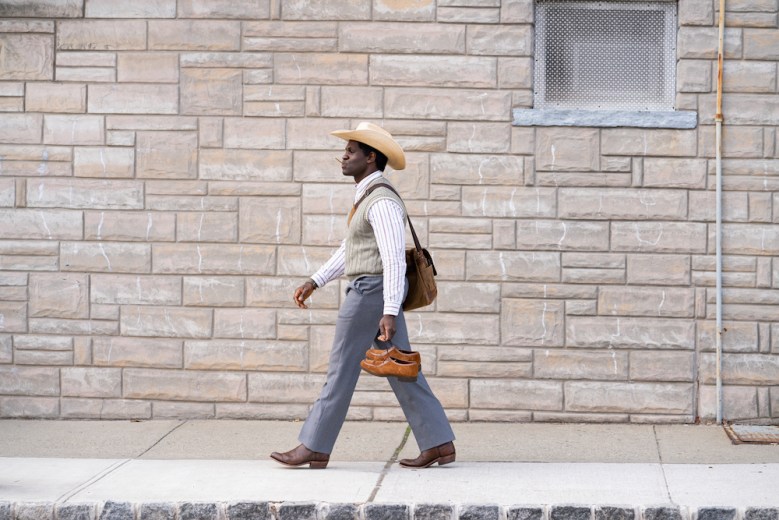 No stars, no problem — that may not be the official tagline for “Little America,” but it’s certainly the ethos guiding Lee Eisenberg, Kumail Nanjiani, and Emily Gordon’s new series to success. Absent the big names and stripped of the grand scale tied to every Apple launch title, these eight standalone episodes are inspired by true stories of individual immigrants and their accomplishments in America. Every episode has a new cast, writer, and director; every episode offers a new point of view; not every episode is capital-G “Great!” but they’re all at least, “Pretty good!” Together, they make for a heartwarming, engaging, and informative season — all by focusing on story first, rather than famous faces or bottom lines.

Though episodes tell their own stories, the creative trio listed above serve as the roadmap through “Little America,” plus Sian Heder, who’s an E.P. and co-showrunner with Eisenberg. Adapted from Epic Magazine articles, connections between entries can be found in the subjects (all of whom immigrate to America), structure (half-hour, typically chronicles a lifelong struggle), and impact — toward the latter point, it’s not that every episode is happy; many of the best don’t offer easy answers, but every episode does feel tailored toward inspiration. Plenty of characters face traumatic hardship, yet all of them meet their challenges with admirable resolve.

A few highlights: Written by Brian Savelson and Mfoniso Udofia, directed by Bharat Nalluri, “The Cowboy” examines the difficulties that stem from not seeing your new home as a real home. Iwegbuna (played with swagger and charm by Conphidance) only thinks he’s in America for a few years during college, but problems in Nigeria force a change of plans — and perspective — merging his two worlds into his own, magnetic, cowboy identity. “The Manager” follows a 12-year-old boy whose parents are deported, leaving him to run the family motel on his own. Director Deepa Mehta moves through time with clever transitions (and captures very authentic small town motel vibes), while writer Rajiv Joseph nails the parent-child relationship without over-glamorizing a story that could’ve turned saccharine at any second.

Perhaps most importantly, “Little America” avoids becoming patriotic propaganda not by disparaging the United States and its policies (which it rarely does), but by selectively emphasizing what America can offer at its best. Many of the characters move to the U.S. for its standout educational institutions. Others are motivated by better working conditions or higher paychecks. Still more don’t know why they’ve come, be it nomadic wandering or biding by their parents’ wishes.

And yet while the stories originate in the past because they’re true stories, the time periods also emphasize what current policies are costing this country. When a Syrian refugee is granted asylum, it’s hard not to think about the Trump administration’s immigration ban. When an illegal immigrant earns her United States citizenship (without facing deportation or other government persecution), it’s a little hard to believe after being bombarded with bad news for so long. But good things can happen here — they have in the past, and they can again. Even when it avoids direct commentary on modern politics, “Little America” is making a clear statement about the positive attributes of improving our once-peerless attributes by opening our borders.

First-time filmmakers are often told to start by crafting just one good scene, then move on to a short film, then a feature; the lesson being, you have to learn to walk before you can run. Following that advice may not be possible for a new streaming service, since Apple has to go toe-to-toe with the TV industry’s titans right out of the gate, but “Little America” still illustrates an encouraging early step. It may not make the biggest splash in today’s crowded TV market, but Apple subscribers are finally getting the quality promised a few months ago.