Alongside Mélanie Laurent, Quinto was supposed to have more lines, until the producers made a radical change. 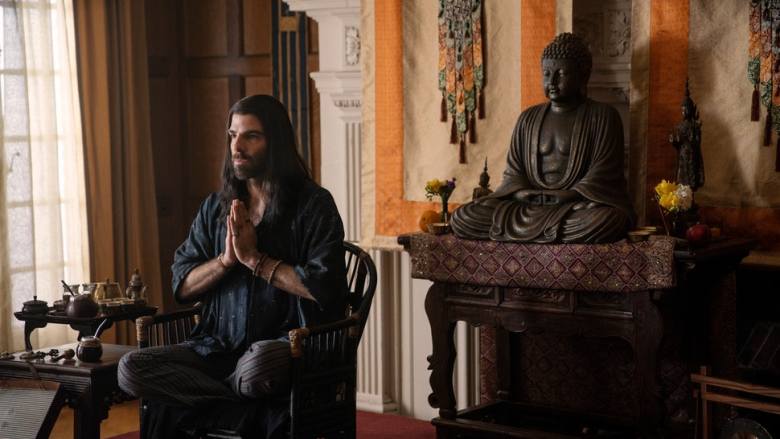 In a series made up of short, real-life immigrant stories, the fourth episode of “Little America’s” first season is perhaps its most ambitious. Written and directed by series executive producer Sian Heder, “The Silence” takes place during a 10-day silent retreat and is largely dialogue-free. The episode stars Mélanie Laurent, alongside Bill Heck and Zachary Quinto, the latter of whom notably plays the retreat’s leader, only speaking briefly.

“Little America” executive producer and showrunner Lee Eisenberg broke the silence by speaking with IndieWire about the process of making this particular high-concept episode, especially when it came to Quinto’s surprisingly small role.

IndieWire: As I was watching the show, I ended up thinking about episode order and the particular rhyme or reason to it. You obviously couldn’t put “The Silence” at the beginning of the series, given its divergence from the series’ normal pattern. Could you talk about the process of making that episode?

Eisenberg: I’m so happy that people dig that one because that was a real swing. I think that’s why you do an anthology series: so that you have episodes that you don’t expect. […] But with that one, the way that it was actually designed was, there was a lot more dialogue in it. Zachary Quinto’s character was kind of the spiritual leader, guiding them through their meditations and telling them what they should be thinking about and talking about letting go of your past and being in the moment. There was a lot of gentle guiding that was both meant for the participants of the silent retreat, but also for the audience.

We were so nervous that it would feel so absent of dialogue, which was one of the reasons Zachary has a lot of lines in the episode — [and] one of the reasons that I think he was really engaged in what that character could be. Then, as we started editing it, we initially cut the dialogue out of the first five or so minutes, into the first seven minutes and just said, ‘Let’s see what that feels like, and let’s let the audience feel a little bit uncomfortable.’ When you first hear a line of dialogue, every line in that show matters so much. And then after you delve even a little bit more, I think it was Alan Yang who said, ,’If we’re going to do a silent episode, let’s really go for it.’

So then we spent a few days and we cut nearly all of the dialogue from it until the end, save for a line here or there. We were so nervous to show it to Apple because we thought that they would try to say, ‘Well, that was a fun experiment, guys. We’re not losing all of Zachary Quinto’s lines.’ And to their credit, they completely embraced what it felt like in the silence. Sian Heder, [who] went to college with Zachary, she showed him the episode, and I think he was like, ‘You cut all of my lines?’ But I think he also appreciated what it was, and I think he realized how special that episode could be. I don’t know that he would have signed on to do an episode in silence, but now seeing the finished product, I think he’s really proud of it. 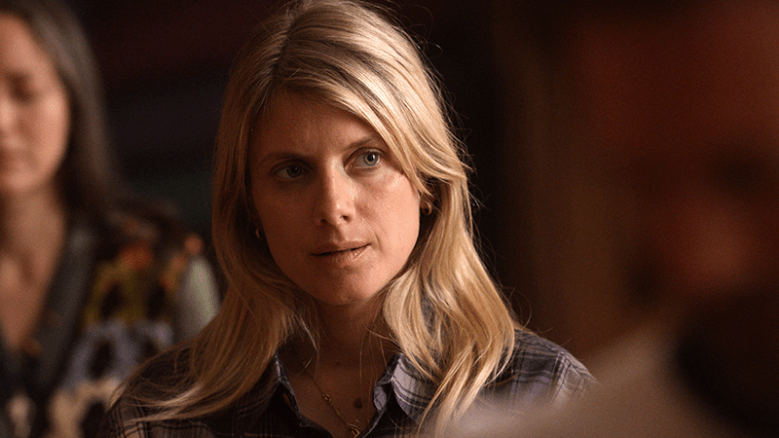 I did wonder about that: There’s obviously the initial pop that comes with the realization that Zachary Quinto’s in there, but then there’s the slow realization that he doesn’t really speak at all, until the closing moments when the retreat’s participants are “allowed” to speak again. So it makes sense that you guys kind of ended up cutting all of his lines.

Lee: Right, yeah. He’s the biggest actor that we had in the show and he didn’t have lines.

That episode also reminded me that I need Mélanie Laurent in a lot more things, honestly.

Lee: I could not agree with you more. She’s amazing.