Lit up by an array of colorful personalities, directors James Lee Hernandez and Brian Lazarte balance compassion and levity in this bonkers true story. 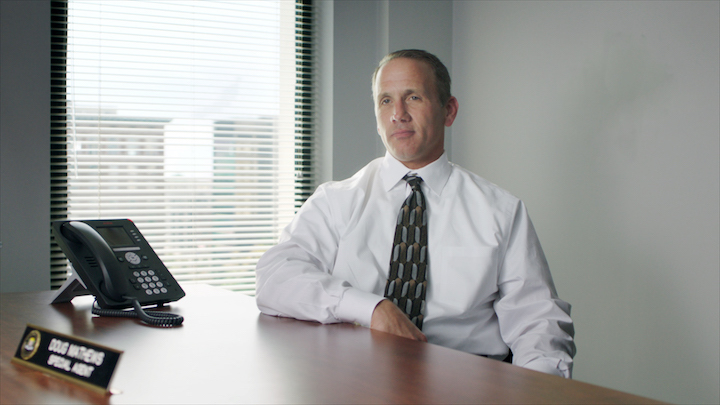 During the lively and revealing first episode of HBO’s “McMillions,” it feels like this increasingly wild true story could get wrapped up in an hour. Told entirely from the perspective of FBI investigators, an anonymous tip taken and forgotten on a Post-it note quickly unfurls into a million-dollar fraud case reliant on the crazy popular McDonald’s Monopoly game. The authorities put a plan into place. The clown-fronted fast food corporation is enlisted to help. Evidence is gathered, suspects are pinned down, and that’s about when you realize the people who “won” the prize money aren’t actually winners at all — and you have no idea who’s behind the scandal.

“McMillions” builds audience engagement quickly, thanks to fantastic talking heads and an inherently exciting story, but the six-part docuseries from writers and directors James Lee Hernandez and Brian Lazarte is smart enough to slow down — and even back up — when it should. Episode 2 focuses on two possible organizers, providing peculiar backstories told by friends, family members, and co-workers, before Episode 3 (the last screened for critics) focuses primarily on the “winners” who were conned into going along with one man’s 12-year scam.

Halfway through, “McMillions” is not only shocking in the events depicted and hugely entertaining overall, but there’s a significant investment in the people who went through this otherworldly ordeal. You feel for the “winners,” their family members, and more. Focusing too much on the insane twists does a disservice to the reality each subject lives in — a mistake the directors nimbly avoid.

Those resonating individuals shine through from the very beginning, including the most comical character of all: FBI Special Agent Doug Mathews, the department newbie who found his superior’s Post-it and started investigating out of sheer boredom. Mathews, whose interviews are shot in a blank-walled office behind a barren desk (save for a nameplate and phone), fills the stock office space with color. A good-times bro if there ever was one, Mathews immediately admits his Jacksonville post wasn’t as exciting as he’d hoped, and you can sense the agent’s need for thrills in the eager, joyous fashion he tells his story, arms spread as wide as his boastful grin.

Evidence in the McDonalds Monopoly scandal, seen in HBO’s “McMillions”

Many of the other agents are more reserved, so Hernandez and Lazarte come back to Mathews again and again, cutting his carefree quips against drier explanations. The formula works, and given the FBI is front-loaded into the first episode, Mathews never proves as exhausting for the audience as some of his colleagues make him out to be in real life. His absence is arguably the biggest issue with Episode 2, as the filmmakers introduce a new set of talking heads — none are as charismatic as the fun-loving FBI agent, but they are much more eccentric, character-friendly roles; the type of real people who make for perfect sketch comedy fodder.

With a feature film in development from Ben Affleck and Matt Damon, I can’t wait to see Richard Jenkins play the reserved, storytelling “winner” Marvin Braun, or Juliette Lewis act out the rambunctious, red-clad, “Sopranos”-loving Robin Colombo. “McMillions” is sure to boost interest in a scripted version, but it’s rarely over-indulgent itself; when the filmmakers are caught off guard in an interview, they show it by leaving in their aghast initial reactions for added impact, but it’s more of a punctuation mark than an all CAPS flourish. Staged recreations add to the cheesy flavor, which can be a boon when you’re laughing along with Mathews, but don’t fit with serious moments later on. More often than not, the directors recognize which part of the story they’re telling and zero in on the crime’s painful reality in Episode 3.

Hernandez and Lazarte give ample time to Gloria Brown, one of the scam’s $1,000,000 winners, and one of the few black women to be enlisted by the puppet-master. Not only does the doc make sure to emphasize that Brown’s inclusion was a twisted form of tokenism, meant to throw off anyone who might spot connections between all the “winners,” but the episode also painstakingly illustrates what she had to give up to be a “winner,” how little she was allowed to keep, and the emotional cost of such ruthless manipulation. Brown’s story allows us to see the victims in a crime that’s made out to be victimless; this isn’t just a silly scheme where prize money is funneled to specific winners rather than random ones; it’s a conspiracy that’s still hurting people to this day.

Compassion, not chaos, is the key to “McMillions” success. The mindful storytellers carefully shift tones, sucking viewers into an outlandish story before driving home its substantive impact. Even knowing the ending, it’s hard to tell exactly how the docuseries will wrap things up in the back-half, but there’s plenty of great work present — in the structure and the story — to eagerly anticipate more.

“McMillions” premiered at the 2020 Sundance Film Festival in the Special Events section. The six-part docuseries debuts Monday, February 3 at 10 p.m. on HBO.