The Oscar winner will narrate the Studio AKA short. 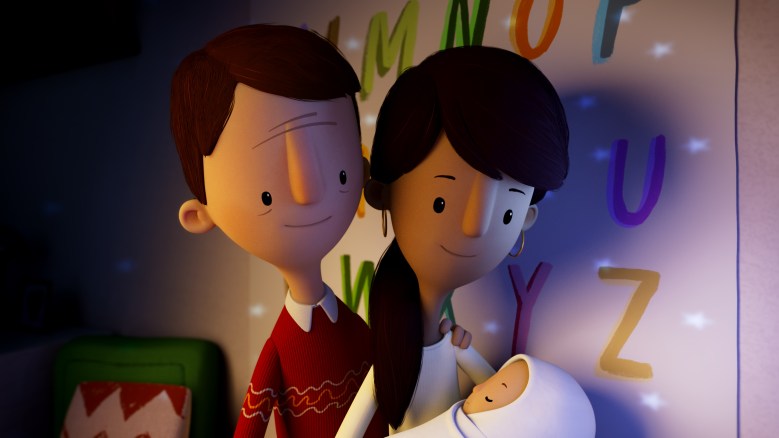 “Here We Are: Notes for Living on Planet Earth”

Meryl Streep will lead a cast lending their voices to an animated short film that will premiere on Apple TV+ on April 17 in celebration of Earth Day. “Here We Are: Notes for Living on Planet Earth,” based on the 2017 Time magazine Best Book of the Year by Oliver Jeffers, will be narrated by Streep and feature the voices of Jacob Tremblay, Chris O’Dowd, and Ruth Negga.

The short follows a precocious 7-year-old (Tremblay, “Room”) who, over the course of Earth Day, learns from his parents (O’Dowd, “Girls;” Negga, “Ad Astra”) — and from a mysterious exhibit called the Museum of Everything — about the wonders of the planet.

The 36-minute short is from independent animation production company Studio AKA, whose educational preschool series “Hey Duggee” has won three BAFTAs and two Emmys. Its short “A Morning Stroll,” directed by Grant Orchard, was nominated for an Oscar and BAFTA in 2012.

“Here We Are” is written by Philip Hunt, who won a BAFTA in 2009 for “Lost and Found,” and Luke Matheny, whose “God of Love” won the Best Live Action Short Oscar in 2011. Hunt is directing. Streep executive produced alongside Sue Goffe (“Hey Duggee,” “A Morning Stroll,” “Lost and Found”), Hunt, and Jeffers.

The music composer is Alex Somers, known for his work on the Oscar nominated “Hale County This Morning, This Evening” and “How to Train Your Dragon,” “We Bought a Zoo,” and “Honey Boy.”

Apple TV+ launched in the fall with most of the attention focused on its #MeToo drama “The Morning Show,” starring Jennifer Aniston, Reese Witherspoon, and Steve Carell. Aniston and Witherspoon each received a Golden Globe nomination for Best Performance by an Actress in a Television Series – Drama and the show got a nod for Best TV Series – Drama.

The service also hosts a Peanuts cartoon series “Snoopy in Space,” featuring Charlie Brown’s dog as an astronaut, and “Helpsters,” the preschool series from Sesame Workshop.

It’s also distributing the documentaries “The Elephant Queen” and “Hala.”

This Article is related to: Television and tagged Animation, Apple, Apple TV Plus, Meryl Streep