From "The Master" to "Kill Bill" and "Catch Me if You Can," Netflix is entering 2020 with a bevy of undeniable modern favorites. 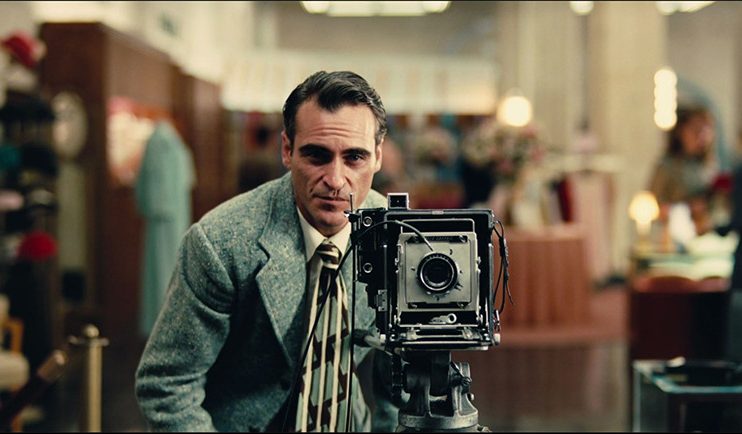 Netflix pulled out all the stops towards the end of 2019, as the company launched the most robust slate of awards season titles in its brief history (while “Marriage Story” and “The Irishman” were obviously leading the way, let’s not forget about the extraordinary likes of “Atlantics” and “I Lost My Body”). Of course, the Oscar gold rush doesn’t leave the streamer or any of its competitors with much to offer at the start of the new year, and so Netflix’s January is extremely light on original fare.

To make up for it, the company is offering a grab bag of irrefutable favorites, many of which feed into current awards campaigns in one way or another. Anyone still high off the “Once Upon a Time in Hollywood” fumes will be happy to find “Catch Me if You Can” and “Kill Bill”  back on the platform, while “Joker” fans can parse “The Master” for shades of Arthur Fleck. Other gems, like Hikari’s “37 Seconds” and Max Joseph’s criminally dismissed “We Are Your Friends” are waiting for anyone who feels like branching out beyond the super obvious.

Here are the seven best movies new to Netflix in January 2020.

Listen, you’d be forgiven for ignoring (or forgetting) that time when the gray-haired guy from MTV’s “Catfish” made a fun but unexpectedly serious movie about Zac Efron as a wannabe DJ who just wants to express himself. Dumped into theaters during the last week of August 2015 — where it promptly opened in 14th place and pulled in one of the worst per-screen averages for a wide release in recorded history — “We Are Your Friends” was destined for the DVD rack at your local gas station.

Fortunately, right at the doorway to oblivion, Netflix can be counted on to give even the most overlooked movies a second chance. And — despite all evidence to the contrary — Max Joseph’s spirited debut is very deserving of a closer look. Much like “Catfish,” this propulsive story of self-discovery is a cringe-inducing time capsule of the last decade and the millennial anxieties that coursed through it, as Efron and his posse of fellow EDM obsessives search for the sick beat that might help them make sense of the world. Sincere to a fault but stylish in a way that never cheapens the raw desire that pulses beneath the drama, this is the kind of fun, pure, endlessly rewatchable “you had to be there” movie that will make you feel like you really were. And real talk: Wes Bentley’s performance as Efron’s dark and jaded DJ mentor is single-handedly worth the stream.

As Jean-Luc Godard famously once said: “All you need to make a movie is Kevin Bacon, Reba McEntire, and a whole bunch of giant subterranean worms who are hungry for human flesh.” It’s extremely hard to thread the needle between comedy and horror, but Ron Underwood’s super satisfying cult classic is a prime example of why people will never stop trying: Get it right, and fans will rewatch your work until the graboids come for us all.

Last January, Netflix uploaded “City of God” to its platform before letting the license expire a few months later. The company has done the same thing again this January, which suggests the streamer has hit upon some kind of ultra-dark New Year’s tradition. Not that we’re complaining — this is the perfect thing to watch for anyone who wants to start their year with a dose of the mortal terror that 2020 demands.

There are any number of marvels in Fernando Meirelles and Kátia Lund’s “City of God,” but nothing about this ferocious gang epic leaves a greater impression than the body count. Based on real events in the favelas of Rio de Janiero, Meirelles and Lund’s relentless crime saga makes it clear that life has little value in the City of God. People are shot out of revenge, they’re shot by accident, and they’re shot for mildly inconveniencing the wrong guy. As the movie barrels through the decades in its desperate bid to keep pace with a sociopathic drug dealer named Li’l Ze, the corpses stack like trash on the sidewalk. By the time the favelas explode into all-out civil war, the film has been consumed by the feeling that death is the natural state of things — as simple as sneezing — and life is the exception. “City of God” crackles like a roaring fire, but that’s ultimately only because Meirelles and Lund create such a palpable vision of hell.

Just in time for “Tenet” hype, “Inception” is back on Netflix.

At his best, Christopher Nolan is both a showman and a storyteller, and all of his narrative gamesmanship — all of his dead wives and steady push-in shots and bombastic Hans Zimmer motifs — are in the service of an irreducible cinematic pleasure. Yes, “Inception” is a forceful drama about guilt and redemption and the power of ideas, but more than anything it’s an elaborate excuse for a hog-wild celebration of what movies can do. It’s about the pure joy of playing with relative time, of cross-cutting between four different planes of existence, of packing several different genres (heist movies, Bond epics, etc.) into a veritable playground of raw imagination. It’s about the visceral momentum of doing things that can’t be done on the page, on stage, or even on television with its stops and starts — it’s about using the fundamental elements of film grammar to create a coherent whole that sustains itself like a spinning top. More than just the most idiosyncratic blockbuster of the 21st century, “Inception” is a testament to the incredible power of dreaming with our eyes open.

Frank Drebin: “No, the worst.”

How brilliant is David Zucker’s brain-meltingly ridiculous police spoof? It will make you laugh with O.J. Simpson. A lot. Arguably the funniest movie ever made, this hyper-zany parody did for procedurals what “Airplane!” did for, uh… airplanes, I guess. Leslie Nielsen is comedy perfection as the unflappably deadpan Detective Frank Drebin, as he leans into the non-stop parade of silliness with such a stiff upper lip that every pun, sight gag, and wanton bit of stupidity (the bribery scene on the docks!) bounces off of him and deflects back at us. Simpson is perfect as Drebin’s resilient fall guy, Ricardo Montalbán plays the villain with Khan-level bite, and Priscilla Presley splits the difference between Michelle Pfeiffer and Marilyn Monroe as a romantic lead with a comic pulse all her own.

The epic two-part saga of the Bride (Uma Thurman) who’s jilted on her wedding day, survives a bullet to the head, and then vows to hunt down the squad of assassins who wronged her, “Kill Bill” is Tarantino’s purest and most passionate story of revenge. It’s the story of the scorpion and the frog writ larger than life and diced up into a casserole of East Asian and Western influences, a heartfelt pastiche that grows unexpectedly moving when it transitions into an earnest examination of love — romantic, maternal, or otherwise — as what happens when you let the world change your nature, when what you are dissolves into who you’ve become. Appropriately, Tarantino’s most exuberant pastiche becomes his purest self-expression.

The most inscrutable and enigmatic of Paul Thomas Anderson’s films, “The Master” is always mesmerizingly just out of reach, turning you inwards every time you reach out to meet it. A.O. Scott hit the nail on the head when he described it as “a movie that defies understanding even as it compels reverent, astonished belief.” But there are answers here, even if Anderson doesn’t provide any clear indication of what they might be; whatever meaning you manage to tease out of this story is yours to keep.

On its most basic level, “The Master” is a gripping two-hander about a man and his dog. Philip Seymour Hoffman is almost unfathomably brilliant as the volatile Lancaster Dodd, a new age pseudo-prophet in the mold of L. Ron Hubbard (he’s not unlike a film director, the ringleader of a traveling circus who has to string people along through sheer force of will). Joaquin Phoenix is every bit his equal as the alcoholic Freddie Quell, a man whose face is twisted into a perpetual sneer even before he’s set adrift in the wake of World War II. One barks commands and the other rolls over, but neither one of them can play fetch alone. As Dodd puts it, with no small amount of spite: “If you figure a way to live without serving a master, any master, then let the rest of us know, will you? For you’d be the first person in the history of the world.”

Dodd and Quell really aren’t so different, and Anderson’s dream-like storytelling helps swirl them together until it’s hard to tell where one ends and the other begins (Jonny Greenwood’s seasick score roots that confusion in the pit of your stomach). These are two men who are haunted by past trauma and have happened upon opposite ways of trying to outrun it; two men who are using each other as beacons to navigate the choppy waters between memory and imagination; two men who “can’t take this life straight.” But then again, who can? Just look into someone’s eyes, don’t blink, and repeat your name until you start to believe that it tells you something.