Wilde also tells Vulture how the fallout from her turn in "Richard Jewell" has changed the way she looks at incoming roles. 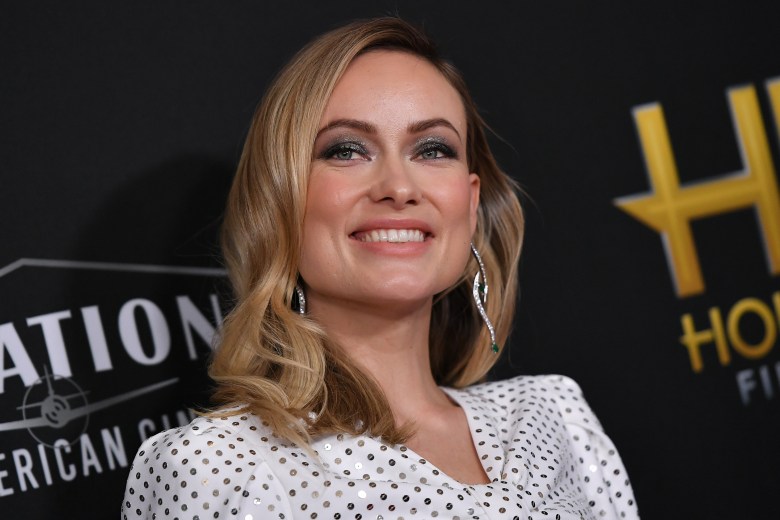 Did “Little Women” direct itself? That was the question on many Oscar-watchers’ minds the morning that the five — all-male — Best Director nominees were announced by the Academy. “Little Women” managed to grab six Academy Award nominations, including Best Picture and Best Adapted Screenplay for Greta Gerwig, who ultimately did not land a Director nod.

In a recent interview with Vulture, “Booksmart” director and “Richard Jewell” star Olivia Wilde echoed claims that Gerwig should’ve been among the final five. (For the record, Gerwig’s partner, Noah Baumbach, didn’t land a Best Director nomination for “Marriage Story,” either.)

“It’s hard, because you look at someone like Greta Gerwig — her film was nominated for Best Picture, so surely she deserved a Best Director nomination. How can you recognize a film for Best Picture and not award that director with the same recognition? And she deserves it,” Wilde told Vulture. “And so does Alma Har’el, and Lulu Wang, and Lorene Scafaria. It’s been an astonishing year for female directors. So I feel optimistic because of that fact, that we’ve seen so many great movies that are doing well at the box office, have 95 percent on Rotten Tomatoes. Critically, women’s films did better this year than men’s films. It’s gotta mean that there’s progress. It’s complicated.”

Wilde also spoke about the Hollywood leverage gained by award winners and nominees, in spite of what many believe to be an inherent phoniness to the Oscar derby, a rat-race pageant that amounts to rich people handing each other trophies.

“It’s really interesting. On the one hand I want to say, ‘Who cares about awards? It’s arbitrary to have competition in art. There’s no way to compare art, it’s silly.’ But the thing is, within this industry, which is a business, awards open doors,” Wilde said. “And they’re very connected to how people are compensated. The larger question of pay inequality — if we’re striving for parity, the awards conversation is a part of that. Awards lead to bonuses, salary increases. And we know women across the industry and the world are paid so much less for their work. So I’m hesitant to say, ‘Fuck ‘em! Who gives a shit? Let’s make movies!’ Because actually, the awards do affect opportunities and fairness for women. In a twisted way, they matter.”

Despite overwhelming critical acclaim and Academy Awards hopes, Wilde did not land any Oscar nominations for her summer 2019 directorial debut comedy “Booksmart.” However, she did attract a great deal of attention for her controversial turn in Clint Eastwood’s “Richard Jewell” as a reporter who appears to trade sex for tips, forcing the actress to publicly defend a role many deemed sexist. Wilde told Vulture that backlash to the portrayal has reconfigured how she will assess roles going forward.

“When you’re playing a role, you want to be able to play complicated people who are very different from you,” Wilde said. “There’s that whole thing about women playing likable characters, this feeling of, ‘You should play likable characters, because otherwise people won’t like you.’ And I bristle at that. We should play all types of nuanced, complex characters. But I think when you’re playing real people, there’s a responsibility towards their legacy. But unfortunately when you’re not writing or directing the film, you have very little control over that.”

She added, “It has affected me. I don’t know exactly how yet. But I did that movie to learn from Clint Eastwood, and I’ll take those lessons into directing forever.”