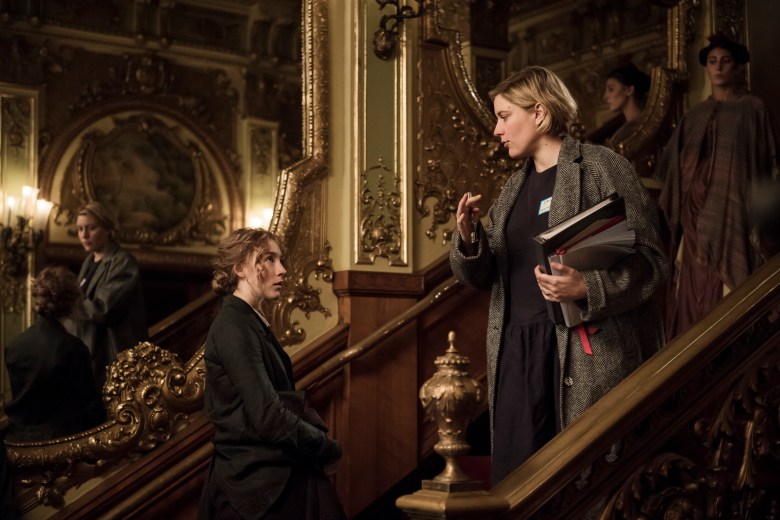 Taking an unfortunate cue from both the Golden Globes and its own history, this morning’s Oscar nominations arrived with nary a nomination for a female filmmaker in the Best Director category, though Greta Gerwig’s “Little Women” picked up a nomination in the Best Picture race. This is Gerwig’s second nod in the Oscars’ biggest category (her debut feature “Lady Bird” was nominated for Best Picture in 2018, and she was nominated for Best Director for that film as well). While few female directors managed to break through the noise of Oscars buzz in the run-up to the nomination announcement, a number of female filmmakers have already earned awards attention this season, including Gerwig, Lulu Wang, Marielle Heller, Chinonye Chukwu, Kasi Lemmons, and Melina Matsoukas.

Standouts Lorene Scafaria (“Hustlers”) and Alma Har’el (“Honey Boy”) earned Best Director nods from the Indie Spirit Awards, which takes place the day before the Academy Awards. It’s the same thing that happened last year, when the Academy overlooked a number of heavy-hitting female-directed features — including Heller’s “Can You Ever Forgive Me?,” Debra Granik’s “Leave No Trace,” Tamara Jenkins’ “Private Life,” and Lynne Ramsay’s “You Were Never Really Here” — that had been acclaimed on the circuit and earned nods elsewhere.

While Gerwig was not nominated in the Best Director category, the “Little Women” filmmaker picked up a Best Adapted Screenplay nod, just one of six nominations for her retelling of the beloved Lousia May Alcott novel of the same name. While Gerwig is the only woman to be nominated in that category, she’s got company elsewhere: Krysty Wilson-Cairns picked up a nod in the Best Original Screenplay race for her script with “1917” director Sam Mendes. “Little Women” is the third film ever to be written, directed, and produced solely by women to be nominated for Best Picture. The other two were “Winter’s Bone” and “The Piano.”

No female-directed films were nominated in the Best Animated Feature race either, and only one made it through in the Best International Feature Film category: “Honeyland,” co-directed by Tamara Kotevska. More heartening is the Best Documentary Feature lineup, which included four of five titles directed or co-directed by women, including “Honeyland” (a Macedonian doc that picked up nominations in both of its biggest categories), “American Factory” (co-directed by Julia Reichert), Petra Costa’s “The Edge of Democracy,” and “For Sama” (co-directed by Waad Al-Kateab).

Only one woman has ever won Best Director at the Oscars: Kathryn Bigelow, for 2009’s “The Hurt Locker,” which also won Best Picture and Best Original Screenplay. After Bigelow’s big win, no female directors were even nominated in the category until 2018, when Gerwig was nominated for her feature directorial debut “Lady Bird.” She ultimately lost out to Guillermo del Toro for his Best Picture winner “The Shape of Water,” and another woman hasn’t been nominated in the category since.

Winners for the 92nd Academy Awards will be announced Sunday, February 9. The ceremony will air on ABC without a host. Check out the full list of nominations right here.

This Article is related to: Awards and tagged Female Filmmakers, Greta Gerwig, Oscars