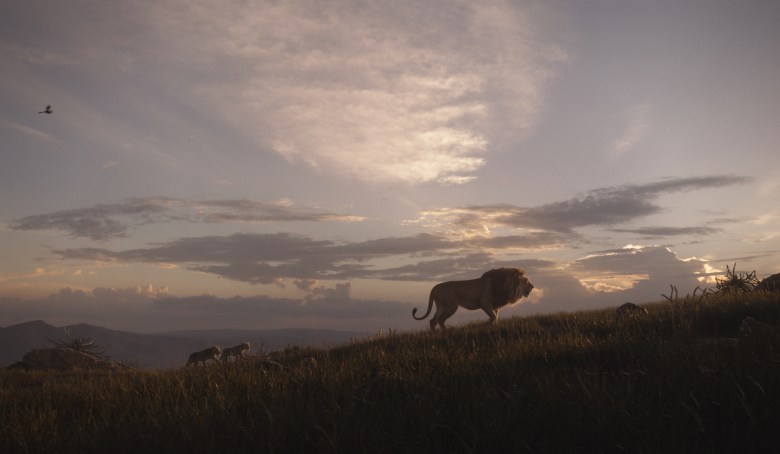 Disney’s “The Lion King” roared Wednesday night at the VES Awards, grabbing the top VFX prize for photoreal feature along with virtual cinematography and the environment for The Pridelands. The kudos from the visual effects community (where three-time Oscar winning supervisor Rob Legato is hailed as a rock star) could tip the Oscar race in favor of “The Lion King.” That is, if Academy voters are equally impressed by the photoreal beauty of Jon Favreau’s faux live-action aesthetic (lensed by the legendary cinematographer Caleb Deschanel and animated by MPC Film).

Indeed, it would make history, since no CG-animated movie has ever won the VFX Oscar. And that would be quite a testament to this game changer because, traditionally, the VFX branch has honored the seamless integration of live action and photoreal CG. But there is no integration in “The Lion King.” Team Favreau cleverly fooled us into thinking that we were watching a cross between “Lawrence of Arabia” and NatGeo. And it all began by using VR to shoot it virtually like live action. Yet it allowed MPC to up its animation game considerably. The result advanced the way virtual productions can be made, with implications for future application.

“The achievement for me is the ease in which we can now see and play with what was previously an abstract concept or only an imagined finished construct and work with it as a living, breathing and iterative piece of live inspired art,” said Legato. “Our concept is ‘what if it were real?’ What if this type of love, respect, and power struggles that plague our human lives also happen in the animal world?

“There clearly are power struggles in the wild, as well as rituals and fierce love and protection of their offspring. So what if we edge closer to real life and give their thought process a voice we can understand and relate to? This particular subject matter is an age old examination of love, honor, responsibility, as well as palace intrigue and abuse of power. The new ‘Lion King’ is a compelling story seen in a way we have not experienced it before.”

However, history would also be made if “Avengers: Endgame” were to win the Oscar, which would be a first for Marvel. Despite being shut out by the VES Awards, “Endgame” was the culmination of MCU’s industry-leading brand of action and spectacle, capped off by the extraordinary end battle (led principally by Industrial Light & Magic and Weta Digital), in which Cap (Chris Evans) proclaimed: “Avengers…Assemble.”

Fifty main characters assembled with hundreds of others to fight Thanos’ army in 40 minutes of choreographed action, with 1,200 VFX shots. “We knew we had to destroy the Gauntlet, so it started with what the Avengers plan would be,” said production VFX supervisor Dan DeLeeuw. “We started piecing together the different parts of the cinematic universe in a pleasing way. You can’t destroy the Gauntlet, but you can send it into the Quantum Realm and get it away from Thanos. He’s going to return and blow up the crater, so now we have our battlefield and can start planning it out.” 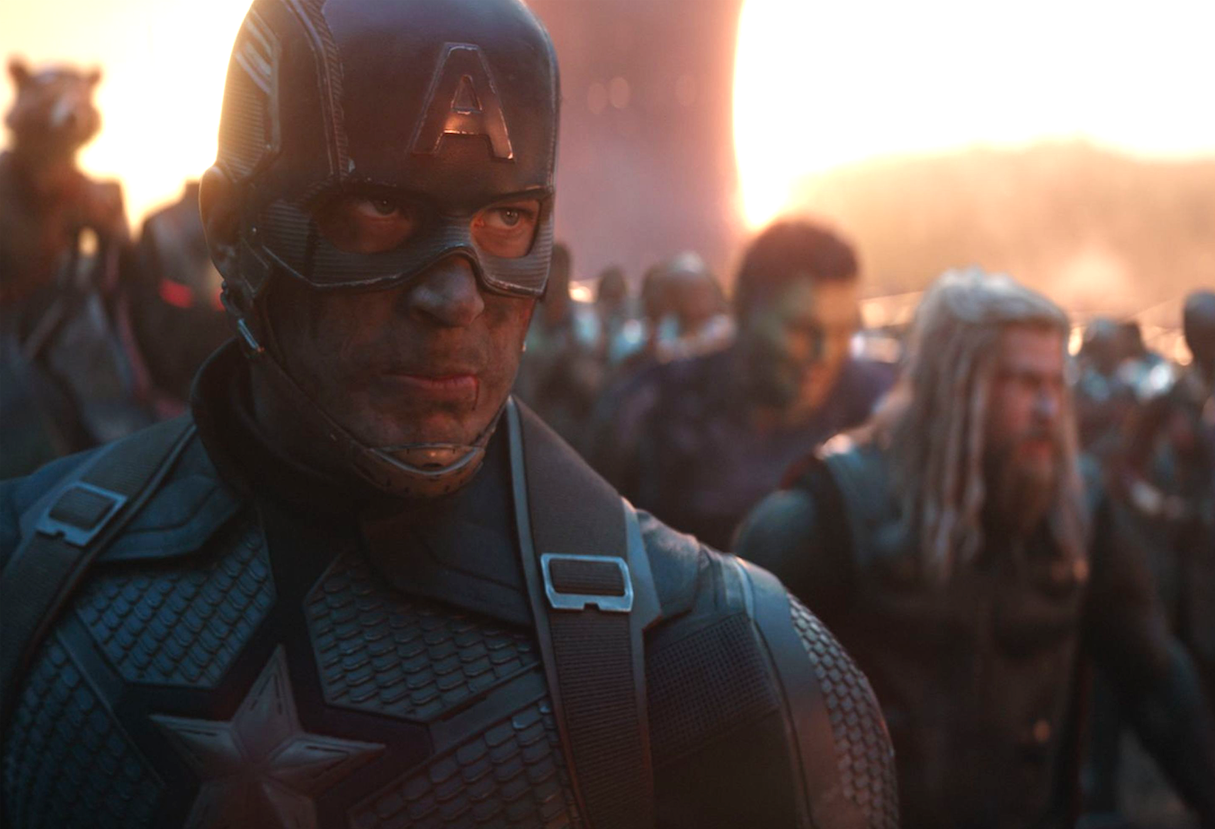 While there’s an epic battle going on, including a 45-second single shot, there are also individual reunion moments with the Avengers coming to the rescue. “In terms of the path that it takes, if you actually plotted it out, the Gauntlet travels the length of the ruins several times,” said Weta’s supervisor Matt Aitken, whose team actually did 160 individual layouts of the crater environment. “And that’s because we had to keep backing the action up, redressing the environments because the trail just wasn’t big enough to carry this whole travel. But, hopefully, nobody noticed that.”

There’s also another noteworthy piece of innovation in the Oscar race: Disney-owned ILM’s de-aging of Robert De Niro, Al Pacino, and Joe Pesci in Martin Scorsese’s mob epic, “The Irishman,” which earned two VES Awards for supporting VFX and compositing. ILM undertook a two-year, NASA-like science project (supervised by Pablo Helman), developing a markerless, light-based performance capture software called FLUX in concert with a special three-camera rig (in collaboration with cinematographer Rodrigo Prieto and ARRI). They used deformation on the mesh models instead of animation to preserve the career-capping performances of the three actors.

“We didn’t recreate young versions of the actors the way we remember them but new designs for younger versions of the characters,” Helman said. “All the performances were achieved through 3D muscle simulation and blood flow, and [we] developed an AI system of library reference called Face Finder that helped with the renders.” The question is whether enough Academy members were suitably impressed with the de-aging or found it too much of a distraction.

And what would an Oscar race be without another “Star Wars” contender? In this case, J,J. Abrams’ finale, “The Rise of Skywalker,” offered its own culmination of everything ILM has to offer within the visual effects spectrum, including significant practical elements. “And, in the rich tradition of the ‘Star Wars’ franchise, it also gave us a chance to innovate,” said production VFX supervisor Roger Guyett. “One of the challenges was how we were going to include Princess Leia [the late Carrie Fisher] in the story. Ultimately, we built her performance by blending out from previously shot live-action elements of her face with digital hair, body, and costume.”

The creature team (led by Neal Scanlan) designed and built more “Star Wars” characters in franchise history, including Babu Frik, the tiny, snarky droidsmith that delights in wiping C-3PO’s memory. He’s the Yoda of “Skywalker,” recalling fond memories of Frank Oz.  The climactic Battle of Exegol required a great deal of animation and simulation work to include more than 1,000 Star Destroyers and 16,000 Galaxy ships locked in combat. The inspiration came from Christopher Nolan’s “Dunkirk,” in which thousands of galaxy ships come to the rescue of the Rebellion.

Meanwhile, the dark horse in the race is Sam Mendes’ single-shot World War I extravaganza, “1917,” which has rapidly gained momentum for Best Picture, driven by cinematographer Roger Deakins’ tour de force camera work. Although the VFX work on “1917” was supportive, it required a unique collaboration in stitching together the sequences as one continuous shot. In addition, there was plenty of enhancements involving VFX and special effects. The nighttime village chase included pyro work from a burning church and an assortment of specialized magnesium flares, which traveled 170 feet, every 22 seconds. And the rigorous, long distance battlefield run also included pyro effects.

Babu Frik in “Star Wars: The Rise of Skywalker”

“The special effects and visual effects played an integral role by continually following our characters on their epic journey through the battlefields of World War I,” said production VFX supervisor Guillaume Rocheron of MPC.

It’s an impressive feat, but are Deakins’ coattails long enough to pull off this upset?

This Article is related to: Awards and tagged Best Visual Effects, Oscars, The Lion King, Top of the Line