Imagine how viral this fake commercial would've gone had it been released on today's internet. 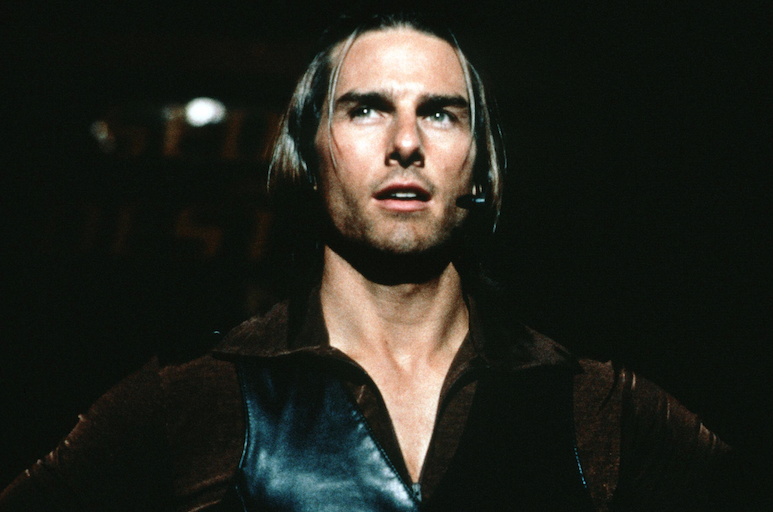 Imagine you’re watching late-night television in 1999. Suddenly, a man who looks exactly like Tom Cruise comes onscreen, calling himself Frank T.J. Mackey and selling a collection of audio and video sex tapes bundled as the “Seduce and Destroy System.” That’s what happened to young Benny Safdie, and it totally blew his mind. Safdie recently joined Paul Thomas Anderson on the A24 podcast (see clip below) and relived the moment he first saw the Anderson-directed viral video. The fake commercial was used to promote Anderson’s “Magnolia,” which stars Cruise as motivational speaker Frank T.J. Mackey.

“I was sitting at home and there was the Channel 35 in New York, which was like the sex channel at night time,” Benny Safdie told Anderson. “I was watching it. I was enjoying myself. All of a sudden I see Tom Cruise doing an ad for this sex thing. And I’m like, ‘What the fuck?’ Literally my head exploded. And I ran over to Josh [Safdie] and was trying to tell him and he was like, ‘You are out of your mind.’ And this was months before anything was even out there for ‘Magnolia.’ I clocked the number and went to the payphone, cause I wasn’t going to call from the home phone. And it was [Tom Cruise] doing the recording. I was like, ‘This is insane.'”

The number being advertised in the commercial was for 1-877-TAME-HER. Cruise’s Frank is seen in the video being kissed by two scantly clad women, saying beyond cringeworthy lines such as, “‘Seduce and Destroy’ produces an instant, money-back guarantee, trancelike state that will get you this naughty sauce you want.” Imagine how popular the video would have been had it been released on today’s internet. A24 includes parts of the “Magnolia” sex ad in the video clip below.

Benny and Josh Safdie are currently earning rave reviews for their Adam Sandler-starring drama “Uncut Gems,” which is about to crack the $30 million mark at the U.S. box office. Anderson, meanwhile, is gearing up to begin production on his next feature this spring and summer.

Benny Safdie’s head exploded when, as a teenager, he saw Tom Cruise claiming to be “master of the muffin” T.J. Mackey in a sex commercial on late night TV.

Full story behind Paul Thomas Anderson’s guerrilla promo for Magnolia on the latest episode of The A24 Podcast 🔊 pic.twitter.com/gNr2FMXFum