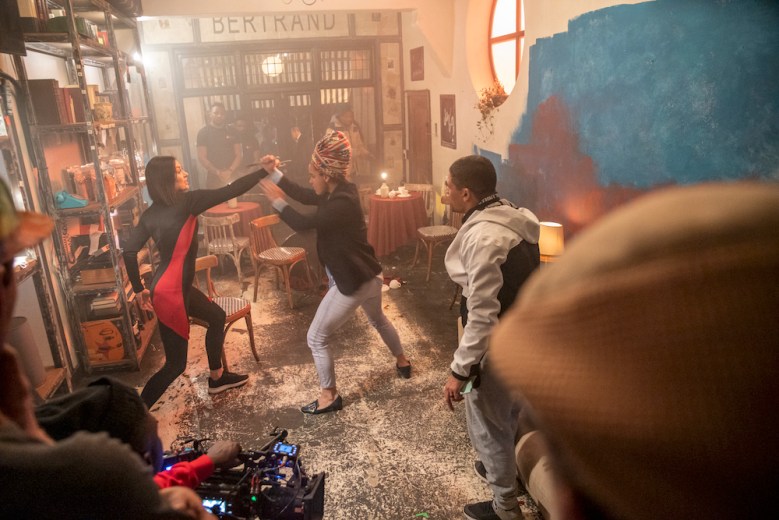 Netflix has released a trailer for its anticipated first African original series, titled “Queen Sono.” The series represents the streaming giant’s ongoing push into the African continent — a still relatively untapped source of talent and content.

The first season is set to be released on Netflix in its entirety on February 28.

In its continued search for expandable markets, last year, Netflix acquired and released French-Senegalese filmmaker Mati Diop’s feature debut, the award winning “Atlantics,” which premiered at the 2019 Cannes Film Festival, where it was awarded the Grand Prix. Netflix also picked up the South African drama “Shadow,” which was released globally as a Netflix Original on March 8, 2019. The 2018 Nigerian Toronto International Film Festival selection “Lionheart,” the directorial debut of Nollywood (Nigerian cinema) superstar actress Genevieve Nnaji, was also released as a Netflix Original film on January 4, 2019.

Netflix African originals currently in the pipeline include “Mama K’s Team 4,” the streamer’s first African animated original series. There is also the South African teen drama “Blood & Water,” to be directed by Nosipho Dumisa — the helmer behind the buzzy 2018 SXSW thriller “Number 37,” which was reimagining of Alfred Hitchcock’s “Rear Window.”

These aggressive moves by Netflix shouldn’t come as a surprise. In December 2018, the company signaled that it planned to get serious about ordering/acquiring original series and films from the African continent, created by Africans — a step which is in line with its global ambitions.

Check out the trailer for “Queen Sono” below: