"I am a huge Chris Pine fan,” Tarantino says. "To me, of the actors of his age, he’s hands down my favorite." 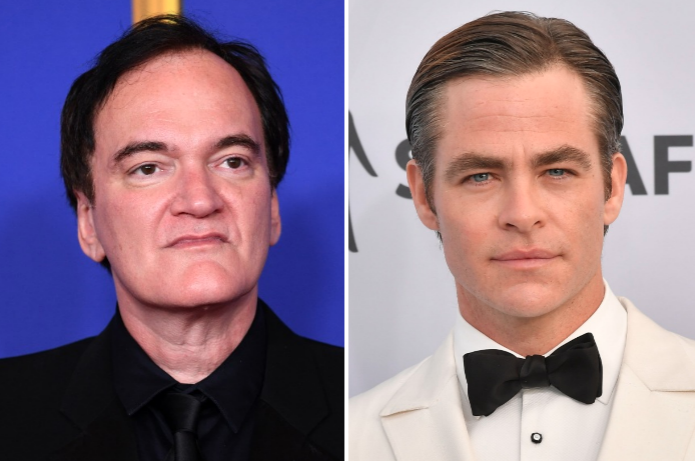 Chris Evans, Chris Hemsworth, Chris Pine, and Chris Pratt have become known as the Hollywood Chrises, with endless debates raging on social media as to which Chris is the best Chris. For Quentin Tarantino, it’s not a close competition. During a recent appearance on The Ringer’s “Rewatchables Podcast,” the “Once Upon a Time in Hollywood” filmmaker declared Chris Pine his favorite young actor working today. Tarantino’s love for Pine was cemented in Tony Scott’s 2010 action thriller “Unstoppable,” which is one of Tarantino’s favorite movies.

“I think one of the things that’s exciting about the movie is I am a huge Chris Pine fan,” Tarantino said. “Now, to me, of the actors of his age, he’s hands down my favorite — of that group, of that era, of those guys. Hands down, my favorite. When I saw him in the ‘Star Trek’ movie as Captain Kirk I thought he was making this movie. I mean I’m all aboard. And then it was so exciting to see him in ‘Unstoppable’ to get the Tony Scott treatment. He needed that to make him a movie star in my eyes. He’s filmed like a movie star and he looks it. He soaks in those colors, that lighting, those costumes. He completely holds his own against Denzel [Washington]. That’s what he needed to make himself a movie star.”

Tarantino said he’s still waiting for Pine to deliver another major movie star performance. “I think a case can be made that Pine hasn’t taken the next big leap from ‘Unstoppable,’” the director said. “Frankly, to tell you the truth, he’s been good in other movies [but] he hasn’t had that.”

Would Tarantino work with Pine? “I’m the biggest fan of him so if I had the right part, I would,” the filmmaker said. “I’d like to.”

Tarantino received Oscar nominations this week for Best Picture, Best Director, and Best Original Screenplay thanks to “Once Upon a Time in Hollywood,” which earned a total of 10 Academy Award nominations. Listen to Tarantino’s most recent “Rewatchables” appearance in the video below.

This Article is related to: Film and tagged Chris Pine, Quentin Tarantino, Unstoppable