By Tyler Hersko and Chris Lindahl 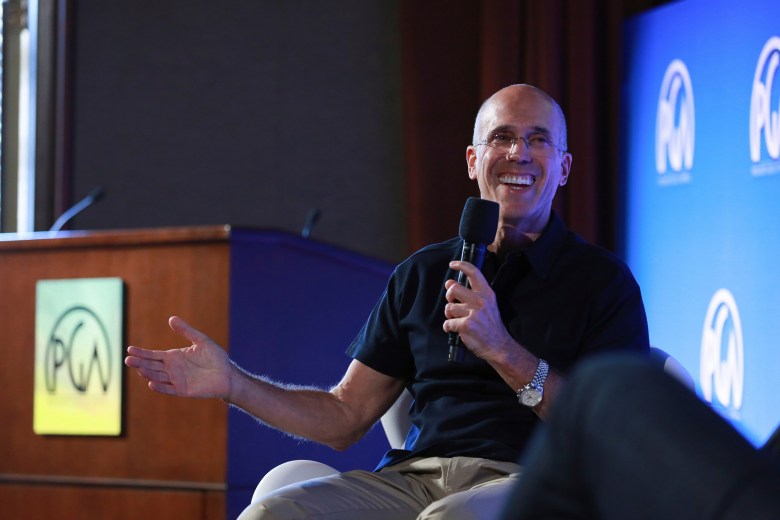 The upcoming platform, created by longtime Hollywood and Silicon Valley power players Jeffrey Katzenberg and Meg Whitman, has raised plenty of eyebrows since its unveiling in 2018, and not just because the streaming service will only work on mobile devices. Episodes of each Quibi series will run under 10 minutes, and the platform, short for “quick bites,” has tapped a dizzying array of high-profile actors, content creators, and major companies to create or invest in the service. Katzenberg and Whitman told CES attendees during a keynote that the service will release roughly 175 series within its first year (in 8,500 installments), which they say would equate to around three hours of new content every day. The service has already attracted $1.4 billion in investments, including from Disney and other studios

While Katzenberg and Whitman talked up Quibi at CES, the streaming service unveiled a new trailer to the public via its Twitter account Wednesday. The video doesn’t clear up exactly what a $1 billion-funded short-form streaming service and its upcoming series will look like — the service is leaning into the mystique with its “WTFisQuibi” Twitter name — but the trailer makes clear that Quibi won’t be lacking in star power.

The Quibi trailer featured Guillermo del Toro, Reese Witherspoon, Chrissy Teigen, Antoine Fuqua, Peter Farrelly, and Catherine Hardwicke, who are but a few of the individuals the streaming service has tapped to create content for the platform. The platform’s content library will be as diverse as it is eclectic: Previously announced shows include a Steven Spielberg horror series that will only be available at night, and a news program from BBC. “Avengers: Endgame” directors Anthony and Joe Russo will executive produce comic book docuseries “Slugfest.” Trailers for Quibi’s myriad projects are still under wraps.

While each existing streaming service has apps for iPhone, Android, and tablets, the viewing experience amounts to no more than a scaled-down version of what you’d see on your 50-inch TV. For viewers, this is where Quibi is the most dramatically different — its content truly is meant to be viewed on a smartphone and uses the tools of that medium. It’s called Turnstile, the patent-pending technology that offers different points-of-view depending on whether viewers hold their phones in portrait or landscape mode, all without the black bars normally present during such a switch. This also means it will require its content creators to create two edits of their projects.

Watch the Quibi trailer below:

Quibi.
The next evolution of entertainment is here. #QuibiCES pic.twitter.com/RpkqAt6j5C

Among other shows “Elba vs. Block,” will feature Idris Elba competing in stunt driving challenges against professional rally driver Ken Block; “Chrissy’s Court,” in which Teigen presides over small claims cases; and “Thanks a Million” featuring Jennifer Lopez and other celebrities setting off a chain of charitable donations, Quibi will also offer revamps of familiar favorites.

“Reno 911!” is back with co-creators and stars Thomas Lennon, Robert Ben Garant, and Kerri Kenney-Silver.

The 1999 high-school football movie “Varsity Blues” is getting a contemporary take.

Nickelodeon’s classic 90s kids’ gameshow “Legends of the Hidden Temple” will get adult contestants competing in tougher challenges for Quibi.

Another piece of 90s pop culture, MTV’s dating game show “Singled Out,” will get a refresh with hosts Keke Palmer and Joel Kim Booster.

This Article is related to: Television and tagged CES, Jeffrey Katzenberg, quibi, Streaming