The comedian was presenting the clip package for "Jojo Rabbit" when he took on the creator of Facebook. 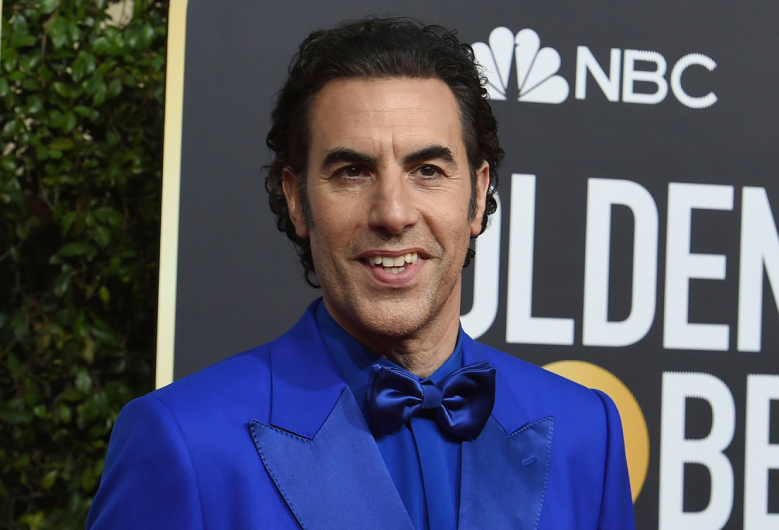 Sacha Baron Cohen gave the Golden Globes a politically-charged wake-up call while presenting the clip package for Best Motion Picture Musical or Comedy nominee “Jojo Rabbit.” The “Borat” actor, attending this year’s Globes as a television nominee for his Netflix espionage drama “The Spy,” began his intro speech by saying, “The hero of this next movie is a naive misguided child who spreads Nazi propaganda and only has imaginary friends. His name is Mark Zuckerberg.” The Globes audience reacted with laughs and gasps, to which Cohen added, “Oh wait, this is the intro from ‘The Social Network’ year.”

“Yes, some of my comedy, OK probably half my comedy, has been absolutely juvenile and the other half completely puerile. I’m just a comedian and an actor, not a scholar,” Cohen said while accepting the ADL’s International Leadership Award. “But one thing is pretty clear to me. All this hate and violence is being facilitated by a handful of internet companies that amount to the greatest propaganda machine in history.”

“Think about it. Facebook, YouTube, and Google, Twitter and others — they reach billions of people,” Cohen continued. “The algorithms these platforms depend on deliberately amplify the type of content that keeps users engaged — stories that appeal to our baser instincts and that trigger outrage and fear and it’s time for a fundamental rethink of social media and how it spreads hate, conspiracies and lies.”

Cohen’s nomination for “The Spy” followed similar awards accolades for his performance on his Showtime series “Who Is America?” The comedian was presenting for “Jojo Rabbit,” Taika Waititi’s anti-hate satire that earned Golden Globe nominations for Best Motion Picture Musical or Comedy and Best Performance by an Actor in a Motion Picture Musical or Comedy for young newcomer Roman Griffin Davis. Click here for a full list of winners at the 2020 Golden Globe Awards.