Jim Carrey’s "Mr. Pickles" is back, even if “Mr. Pickles’ Puppet Time” is still very much off the air for the foreseeable future. 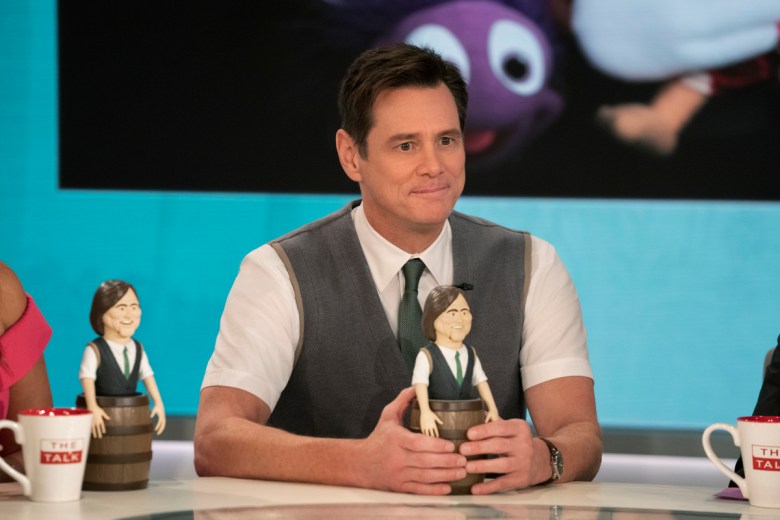 In this IndieWire exclusive, Showtime has released the Season 2 trailer for its Jim Carrey-led series “Kidding.” Carrey’s Jeff “Mr. Pickles” Piccirillo is back, even if “Mr. Pickles’ Puppet Time” is still very much off the air for the foreseeable future.

“If you’ve tuned in for ‘Mr. Pickles Puppet Time’, we’re sorry, kids,” explains a news anchor at the beginning of the trailer (which you can watch below). “He’s not here right now.” Of course, that’s not a good enough explanation for the legion of kids who made their parents buy them their Mr. Pickles dolls, as the child in the trailer wonders aloud about his Mr. Rogersian hero, “Where’d you go?”

From the looks of it, Jeff went on quite the adventure. At least, quite the adventure in his mind. But he knows that the kids need him, and it’s time to “go home.” (He even sings a song about it.) Jeff wants to get the show back on the air, but as the trailer makes clear, that’s easier said than done. Especially as his puppet-making sister Didi (Catherine Keener) is dealing with her own frustrations in the wake of the show’s cancelation.

In the review of the first season, IndieWire’s Ben Travers wrote: “‘Kidding’ aspires to honor the difficult emotions associated with loss while balancing out its story with a positive attitude. Jeff’s belief in human nature isn’t a joke; his sincerity is treated with genuine respect and it’s often seen as the solution instead of the problem. After the worst happens, how he can continue living his trademarked inspiring lifestyle without losing his marbles is an intriguing challenge for anyone who wants to move past cynicism as the accepted cultural discourse: If Jeff can’t do it, what hope do we mortals have?”

Season 2 of “Kidding” was originally supposed to premiere back in November, but Showtime pushed it to pair the series with the final season of “Homeland.” It now premieres on Sunday, February 9 at 10 p.m. ET.

This Article is related to: Television and tagged Direct, Jim Carrey, Kidding, Showtime