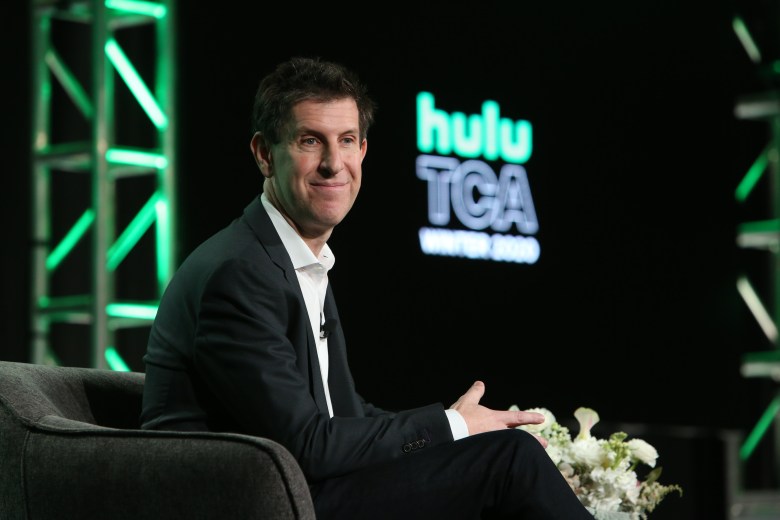 Hulu’s next animated series is “Solar Opposites,” an adult-oriented comedy from “Rick and Morty” alums Justin Roiland and Mike McMahn. Craig Erwich, senior vice president of Hulu originals, announced the series amid offered a host of other updates during his executive session at the Television Critics Association 2020 Winter Press Tour in Pasadena Friday morning.

“Solar Opposites” will focus on a family of aliens from an advanced planet who are forced to live in middle America. The extraterrestrial protagonists must determine whether this is “awful or awesome.” The jury’s still out on that one, but the answer will become clearer on May 8, when all eight “Solar Opposite” episodes hit Hulu.

Erwich also announced that “Dollface” and “Wu Tang: An American Saga” had each been renewed for second seasons. He noted that the former series, a Kat Dennings-led comedy about a young woman who rekindles her friendships with women she left behind after getting dumped by her boyfriend, was a marked binge watching success for Hulu in 2019, while “Wu Tang: An American Saga” saw Hulu enjoy an influx of African-American viewers. The Wu-Tang series centers on the history of the legendary hip-hop collective as they balance their careers with the drug-fueled world of early ‘90s America.

Erwich provided a handful of minor updates about several other projects. He confirmed that “The Handmaid’ Tale” spinoff “The Testaments,” an adaption of Margaret Atwood’s 2019 novel that was teased last year, was still happening, though is probably still quite a ways away, as he noted that “The Handmaid’s Tale” showrunner Bruce Miller and others were still discussing how to adapt it.

Work on Hulu’s “Helstrom,” one of the last upcoming Marvel Cinematic Universe shows that isn’t on Disney+, is also progressing. Erwich said he has seen its first four episodes of the show, which is still in production, but didn’t offer any release dates or other information.

Hulu’s other TCA events also included individual panels on several of its upcoming series. Erwich’s executive session was preceded by a Hillary Clinton-led panel on the former secretary of state’s four-part docuseries, while later panels centered on shows such as “The Great,” “Little Fires Everywhere,” and “High Fidelity.”

This Article is related to: Television and tagged Animation, Hulu, Solar Opposites, TCA