Here's an up-to-date breakdown of the acquisitions at this year's Sundance Film Festival. 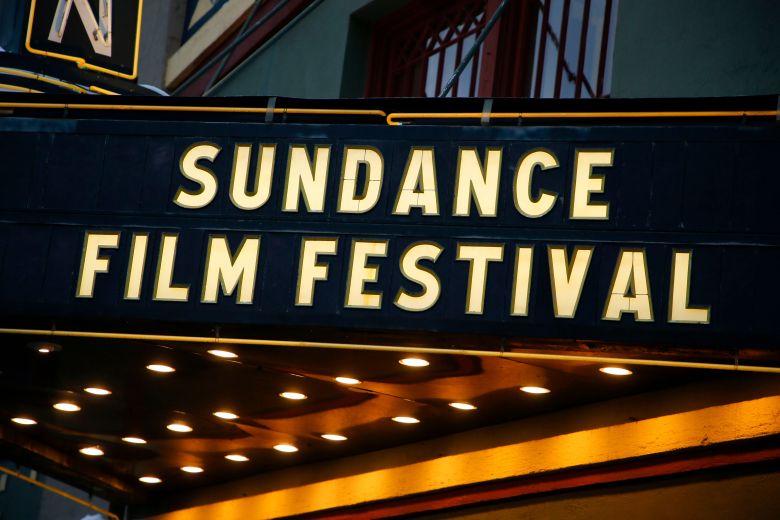 Though the Sundance Film Festival’s 2019 edition is over, acquisitions are still underway. Some are the hottest films arrived at the festival with distribution already in hand. IndieWire has compiled all of the acquisitions so far and will continue to update the list as the festival unfolds and more buys come in.

Netflix, which dominated this years Oscar nominations, is the distributor that came to the festival with the most titles including the high-profile Taylor Swift documentary “Miss Americana” from director Lana Wilson and Sundance regular Dee Rees’ latest effort, the Anne Hathaway-starring “The Last Thing He Wanted.”

Here’s everything that’s been picked up, with more to unfold in the coming days.

For her debut feature, Natalie Erika James directs Emily Mortimer, Bella Heathcote, and Robyn Nevin in a haunted-house movie where the environment is as frightening as the terror of facing a deteriorating loved one.

Hubert Sauper’s exploration of contemporary perspectives from Cuba illustrates how the island nation is partially frozen in time in the post-colonial era.

Garrett Bradley’s documentary centers around Fox Rich and her quest to get her husband out of prison while raising her family. It uses a combination of new footage and diary-style home videos from Rich to paint a poetic portrait of the effects of incarceration on one family.

Matt Wolf’s documentary uses archive material and new interviews with “biospherians,” some of the people who in 1991 built an enormous replica of Earth’s ecosystem called called Biosphere 2.

Writer-director Julie Taymor (“Frida,” “Across the Universe”) offers a non-tradition biopic on feminist icon Gloria Steinem with a cast playing the journalist and activist at four different points in her life: the youngest Gloria is played by Ryan Kiera Armstrong (“It Chapter Two”), teenage Gloria by Lulu Wilson (“Annabelle: Creation”), young adult Gloria by Alicia Vikander (“Ex Machina”), and the 40-plus Gloria by Julianne Moore. The cast is rounded out by Bette Midler as Women’s Movement leader Bella Abzug and Janelle Monáe as “Ms.” magazine co-founder Dorothy Pitman Hughes

Title: “Save Yourselves!”
Section: US Dramatic Competition
Buyer: Bleecker Street

From writer-directors Alex Huston Fischer and Eleanor Wilson, a story about a hip Brooklyn couple (John Reynolds and Sunita Mani) who seek refuge from technology during a weeklong trip to an isolated cabin, where they are shielded from knowledge of an alien attack.

Josephine Decker’s film follows a young couple who move in with author Shirley Jackson (Elisabeth Moss) and find themselves in the midst of drama that inspire’s Jackson’s next novel.

Produced by Plan B and Annapurna, writer/director Miranda July’s first film since 2011’s “The Future” centers on a family of con artists (Debra Winger and Richard Jenkins) who’ve spent 26 years training their only daughter (Evan Rachel Wood) to grift at every opportunity. But when a charming stranger (Gina Rodriguez) enters their fray, Old Dolio’s (Wood) world is shaken.

Writer-director Eugene Ashe’s film follows an aspiring TV producer and a musician whose paths cross once again years after they share a summer romance. They’re forced to choose what matters most.

Writer-director-producer Radha Blank’s feature debut follows a down-on-her-luck New York playwright (Blank) who decides to salvage her artistic voice by becoming a rapper and recording a mixtape at age 40.

In Malaysia, the strange murder of North Korean royal family member Kim Jong-nam sets off a global investigation. At the center of the story, two women are on trial for the murder. Are they assassins or pawns in a political game?

Title: “I Carry You With Me”
Section: NEXT
Buyer: Sony Pictures Classics and Stage 6 Films

After falling for a man and consequently being forbidden from seeing his son, a Mexican chef crosses the border to advance his career with the promise he will return in this gay love story from “Jesus Camp” director Heidi Ewing.

Fernanda Valadez’ feature debut follows a mother’s journey as she searches for her son who disappeared en route to the US border.

Amanda McBaine and Jesse Moss, who produced the Moss-directed North Dakota oil fields documentary “The Overnighters” together (with Moss directing), offers a look at a one session of a long-running youth leadership program centered around mock elections and subsequent governing.

Michael Dweck and Gregory Kershaw’s unusual story of elderly men in the Italian forests of Northern Italy on a quest to find the white Alba truffle.

“Mama Mia!” director Phyllida Lloyd’s Irish drama follows a woman who rebuilds a future away from her abusive ex-husband by constructing her dream house.

Rebecca Hall stars as a widow who begins to uncover her recently deceased husband’s disturbing secrets.

After carefree Nyles (Andy Samberg) and reluctant maid of honor Sarah (Cristin Milioti) have a chance encounter at a Palm Springs wedding, things get complicated after they are unable to escape the venue, themselves, or each other. Samberg’s enough of a familiar face to make this accessible comedy appeal to buyers seeking lighthearted material.

Remi Weekes’ film focuses on a young refugee couple who, after their escape from war-torn Sudan, struggle to adjust to a small town in England that has an evil lurking beneath the surface.

Directors Cristina Costantini (“Science Fair”) and Kareem Tabsch (“The Last Resort”) explore the story of Walter Mercado, the iconic Puerto Rican astrologer who was watched daily by 120 million people, including his sudden disappearance from public life in 2007.

Inspired by Lotfy Nathan’s 2013 documentary of the same name, Angel Manuel Soto’s narrative take follows 14-year-old Mouse (Jahi Di’Allo Winston, “The Upside”) in his bid to join Baltimore’s Midnight Clique, a group of dirtbike riders who rule the streets. Midnight’s leader, Blax (Meek Mill, in his feature film debut) takes the teenager under his wing and Mouse finds himself torn between a straight life and one filled with money and violence. The screenplay is by Sherman Payne, with a story by Chris Boyd, Kirk Sullivan, and “Moonlight” writer-director Barry Jenkins. SPC announced it acquired the film in December and plans to release it in select theaters April 10 before a wide release the following week.

Pastel’s Adele Romanski, who produced 2017 Best Picture winner “Moonlight,” was among the producers of this intimate portrait of two teenage girls in rural Pennsylvania. The pair make a trek across state lines to New York after one of them unintentionally becomes pregnant.

Director Janicza Bravo (“Lemon”) returns to Sundance with a film adaptation of an infamous 148-tweet Twitter thread. The film tells the story of two women (Taylour Paige and Riley Keough) who bond over their “hoeism” and embark on an ill-fated trip from Detroit to Florida.

Kirsten Johnson’s inventive portrait seeks a way to keep her 86-year-old father alive forever using the tools of her trade and her family’s dark humor to stage fantasies of death and beyond as part of a family’s reckoning with death.

What started as a documentary of amateur inventor Peter Madsen turned into something else after Madsen murdered Kim Wall aboard his homemade submarine.

Julia Louis-Dreyfus and Will Ferrell star in this English-language remake of the “Force Majeure.” Like the Swedish original, directors Nat Faxon and Jim Rash (“The Way, Way Back”) explore one couple’s marital tension after barely escaping an avalanche during a ski vacation.

Toni Collette stars as a cleaner who, along with a bartender (Damian Lewis) decide on a whim to breed a race horse in their Welsh village. As the horse rises through the ranks, Jan and her community are pitted against the racing elite in the film from Welsh director Euros Lyn.

Dee Rees (“Mudbound”) directs Anne Hathaway, Willem Dafoe, and Ben Affleck in an adaptation by the Joan Didion book of the same name. The film follows a Washington, D.C. journalist who finds herself wrapped up in the very story she’s trying to break.

Based on a true story, the first narrative film from documentarian Liz Garbus (“The Fourth Estate”) centers around a woman’s (Amy Ryan) quest to find her missing daughter in a tony Long Island community. Her search brings her attention to over a dozen murdered sex workers.

Carey Mulligan, Bo Burnham, Alison Brie, Jennifer Coolidge, Laverne Cox, and Connie Britton star in “Killing Eve” showrunner Emerald Fennell’s look into the life of a, yes, promising young woman whose life is turned upside down. That leads her to live a double life by night and right the wrongs of the past in this revenge thriller.

After directing the 2009 documentary of the same name, Greg Barker delivers a scripted take on the story of top UN diplomat Sergio Vieira de Mello, whose life hangs in the balance during a treacherous mission following the US invasion of Iraq. Wagner Moura, Ana de Armas, Garret Dillahunt, Will Dalton, Bradley Whitford, and Brían F. O’Byrne star in the film with a screenplay from “Dallas Buyers Club” Oscar winner Craig Borten.

In a re-imagining of Peter Pan from “Beasts of the Southern Wild” director Benh Zeitlin, Wendy is lost on a mysterious island where aging and time have come unglued and she must fight to save her family, freedom, and the spirit of youth from the peril of growing up.

From Alison Ellwood (“American Jihad”), an examination of the first all-female band to play their instruments, write their songs, and have a No. 1 album featuring candid testimonies from band members and others.

Known for his work on behind-the-scenes documentaries, director Laurent Bouzereau turns his lens to the story of Natalie Wood, who drowned in 1981, with a focus on the unique perspective of Wood’s daughter, Natasha Gregson Wagner, and others who knew the “Rebel Without a Cause” actress.

“After Tiller” Emmy winner Lana Wilson directs an inside look at a transformational period in Taylor Swift’s life as she learns to embrace her role as songwriter and performer and harnessing the full power of her voice as a woman.

From director Ron Howard, the documentary unfolds during the year after the most destructive wildfire in California history as the people of the town of Paradise rebuild their lives.

Tom McCarthy, director of Best Picture-winner “Spotlight,” turns to family fare with an adaptation of the kids book by the same name. The film follows Timmy Failure and his 1,500-pound polar bear partner as they operate a Portland detective agency.

This Article is related to: Film and tagged Acquisitions, Festivals, Sundance