Tarantino explains there's a fundamental difference between "Dunkirk" and "Ad Astra" that makes the former a much stronger cinematic experience. 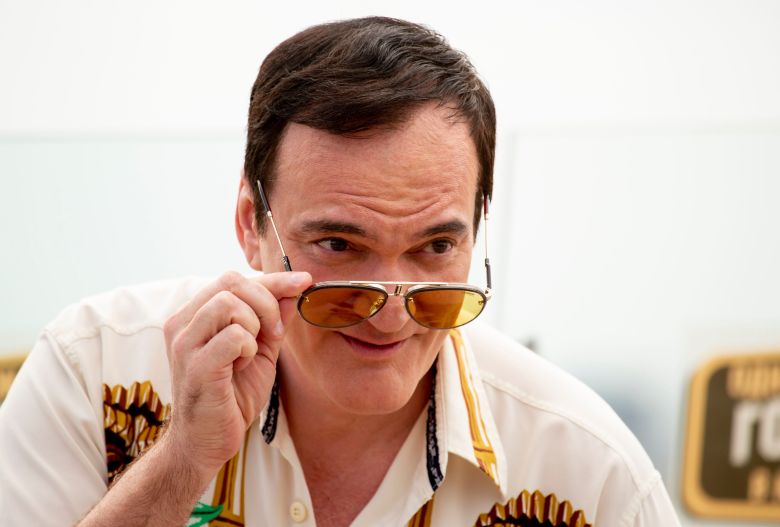 Filmmaker Quentin Tarantino reveals on a recent episode of The Ringer’s “Rewatchables” podcast that Christopher Nolan’s World War II survival thriller “Dunkirk” is his second favorite movie of the 2010s. Tarantino has yet to reveal his top 10 movies of the last decade, but he says he’s been revisiting a ton of movies over the last month in order to finalize his personal list. “Dunkirk” had been in the number seven position but rose to the second slot after a third watch.

“I had an interesting experience with it the first couple of times,” Tarantino said of the film. “The first time I saw it, I don’t know what I was thinking the first time. I just dealt with the spectacle of it all. I couldn’t deal with anything else but the spectacle of it all. I liked the movie, but the spectacle almost numbed me to the experience. I don’t think I felt anything emotional. I was awed by it. But I didn’t know what I was awed by. … It wasn’t until the third time that I could see past the spectacle and into the people the story is about. I finally could see through the trees a little bit.”

Nolan’s “Dunkirk” screenplay cuts together three narratives that are each happening over different periods of time. “Oftentimes, you see a film where the style is about the adrenaline of it,” Tarantino explains. “The style is an immersive experience, but by the third or fourth viewing you get past the style and you realize the magician’s tricks. In the case of ‘Dunkirk,’ it rewards Nolan’s efforts to see it more. There’s a point, by mid movie, he can’t do it wrong. … It’s a symphony. Nothing doesn’t work.”

Tarantino says the Academy did the right thing by awarding “Dunkirk” the Best Film Editing prize, but he calls out the Oscars for snubbing Hans Zimmer’s original score. As the director says, “It’s a score for one movie in particular that you could define the decade by.”

In praising “Dunkirk,” Tarantino also throws a bit of shade at “Ad Astra.” The James Gray-directed space drama opened earlier this year and features Tarantino’s “Once Upon a Time in Hollywood” star Brad Pitt in the leading role. Tarantino cites “Ad Astra” when talking about how there is a right and wrong way to feel confused when watching a movie. The multi-narrative “Dunkirk” script can be confusing, but it works for Tarantino because, with Nolan, he feels like he’s in good hands. “If I’m confused and I’m not in good hands, then you’ve broken the spell,” Tarantino says, calling “Ad Astra” a film that left him confused in a bad way.

“In the whole second half of [‘Ad Astra’], I don’t know why anything is happen,” Tarantino said. “We’re just supposed to agree with them about everything that they say, but I don’t know why this is working or why that is working; why a mutiny on a ship that happened 15 years ago is now sending surges that has killed 40,000 people. We just go with it because they tell us that’s what’s happening.”

“What you respond to in that movie is they took the entire structure of ‘Apocalypse Now,'” the director continued. “I mean, exactly. … I enjoyed watching ‘Ad Astra,’ it was a very pretty movie and I loved Brad in it, but I didn’t understand why things were happening. Nolan doesn’t really tell us anything that’s going on in ‘Dunkirk,’ but I have a sense of what’s happening.”