The TCA Winter Press Tour confirmed 2020 will be one of the busiest years in television history. 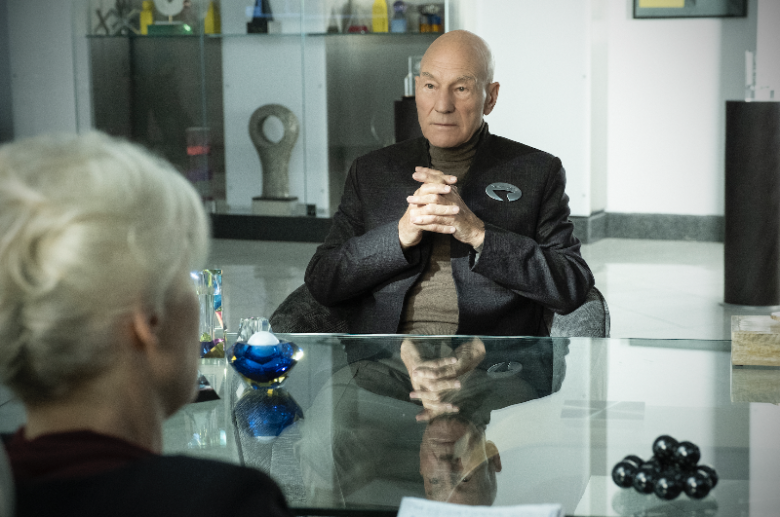 New decade, same ol’ peak TV. The television industry shows no sign of slowing down, and 2020 is expected to become the busiest TV year in history. The new decade of television was ushered in by the industry’s leading networks and streamers during the Television Critics Association 2020 Winter Press Tour, where executives, showrunners, and a myriad of stars and talent hawked their upcoming projects to journalists and critics.

As many of those network executives and TV stars pointed out throughout the press tour, there’s a dizzying amount of content on the market, but the 13-day blitz of series and platform announcements made the upcoming year of television a bit clearer. IndieWire covered the plethora of TCA announcements to determine the press tour’s high and low points. Here’s what we learned:

NBC kicked off its press tour on a high note by announcing that Amy Poehler and Tina Fey will host the 2021 Golden Globes, much to the joy of TCA attendees. The announcement came a few weeks after Ricky Gervais hosted the 2020 Golden Globes, and though his monologue quickly went viral, it wasn’t well-received by critics or industry insiders. Perhaps even more importantly, the excitement/disdain leading up to Gervais’ show wasn’t enough to reverse the ceremony’s declining viewership numbers.

Recent award show history suggests that even Poehler and Fey might have difficulty boosting the Golden Globes’ viewership, but they are both immensely talented and beloved comedians whose prior hosting gigs (from 2013-2015) were well-received.

Overall and first-look deals are key for companies looking to stand out in the streaming wars and the era of peak television. Amazon Prime Video made major strides in those areas during its TCA day by announcing an overall deal with Brad Pitt’s Plan B Entertainment and an overall deal with Steve McQueen (“12 Years a Slave”). Both pacts are significant for the streamer, which also announced new deals with Gael García Bernal (“Mozart in the Jungle”) and Diego Luna (“Rogue One: A Star Wars Story”). Amazon Studios head Jennifer Salke has noted that Prime Video is meant to be an extension of the company’s Prime service rather than a direct competitor to Netflix and other major streamers, which makes its success in building up its television slate all the more impressive.

As for actual shows, Prime Video’s upcoming originals — particularly “Hunters,” Al Pacino’s first TV series —  look plenty promising. Prime Video executives also finally shared casting details for its “Lord of the Rings” series. Sure, there’s still no trailer or release date, but the slew of names nonetheless indicate that production is at least progressing, and the promise of a “Lord of the Rings” story on the small screen should be more than enough to get customers to sign up for Prime Video whenever the series eventually releases.

CBS All Access has never had the quantity of content to directly compete with the likes of Netflix and Hulu, but its live TV offerings and well-received original series have nonetheless helped it secure a place in the industry. Executives Marc DeBevoise and Julie McNamara doubled down on those strengths during their CBS executive session and made a compelling case for the streaming service — and its upcoming content slate is plenty diverse: CBS All Access is getting an animated political-comedy from Stephen Colbert, a docuseries from Richard Linklater, a guest-star packed second season of “The Twilight Zone,” and several remakes of old children’s franchises.

DeBevoise and McNamara’s newsy announcements and detailed, data-driven arguments for CBS All Access made for one of the press tour’s best executive sessions, and CBS All Access closed its press tour on an even higher note with its lengthy “Star Trek: Picard” panel. Patrick Stewart and the rest of the upcoming series’ cast fielded a variety of questions that led to interesting anecdotes, heartwarming contemplation on diversity in entertainment, and plenty of little details that should enthuse diehard Trekkies.

Disney’s “FX on Hulu” announcement was one of last year’s major TV surprises, and FX’s TCA day helped shed some light on the initiative, which launches in March. FX on Hulu will bring the basic cable network’s originals library to Hulu, and FX will also produce shows for the streaming service. Chief among those shows is “Devs,” a mind-bending sci-fi series from Alex Garland (“Annihilation,” “Ex Machina”) that made for one of the press tour’s most intriguing panels.

FX boss John Landgraf stressed that FX show’s wouldn’t merely show up on Hulu; there will be a dedicated hub for Hulu’s FX programming, and his arguments for the initiative were fairly convincing. FX and Hulu’s individual TCA days had their respective highlights — hello, “Fargo” — but what’s most impressive is that each platform is managing to stand out in their own ways while simultaneously pooling their efforts for FX on Hulu.

Drama fans have plenty of reason to celebrate AMC, which boasted a one-two punch of “Dispatches from Elsewhere” and “Better Call Saul” during its TCA day. The former, a new anthology series created by and starring Jason Seagel (“How I Met Your Mother”) played well with TCA attendees, and its bizarre trailer suggests that it could become one of the year’s eclectic hits. AMC’s “Better Call Saul” panel is a well-known and cherished series, but the crowd-pleasing drama’s return was nonetheless appreciated. Showrunner Peter Gould confirmed the series would return for a sixth and final season and teased some Season 5 spoilers that should make fans ecstatic to return to the bleak, New Mexico world of lawyering. 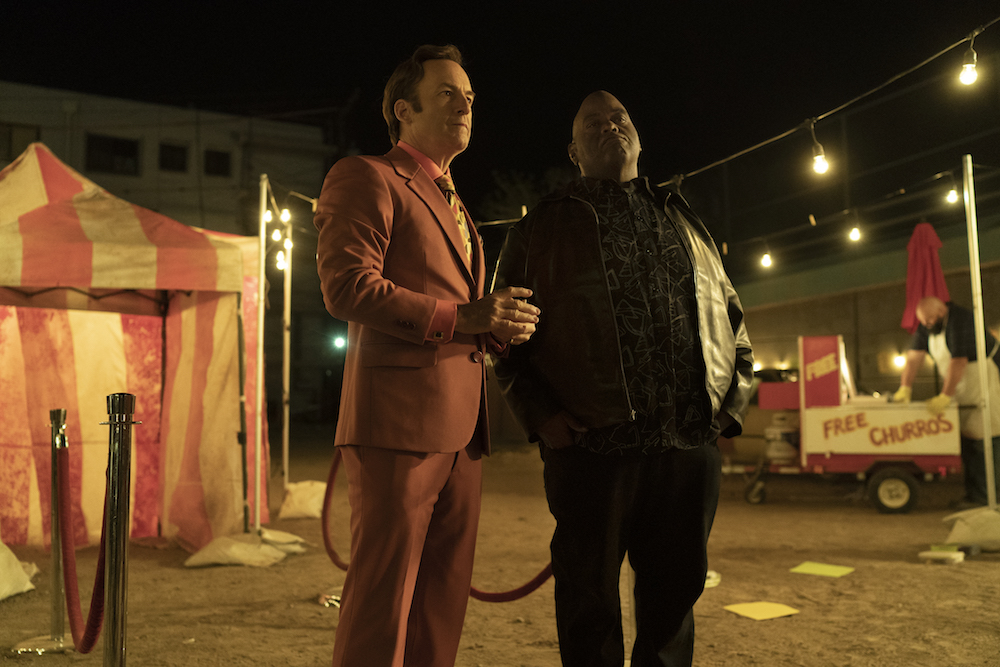 Starz president Jeffrey Hirsch hosted a 20-minute Q&A session that didn’t satisfactorily answer many of the questions about the network’s upcoming plans. He noted that “The Continental,” an upcoming TV spinoff of the “John Wick” movies, probably wouldn’t premiere until after May 2021, and also reaffirmed the existence of the “Power” spinoffs. Beyond that, Hirsch declined to answer a question on Orlando Jones’ controversial firing from “American Gods,” which the actor has alleged was racially-motivated. If legal reasons forbade Hirsch from saying much about Jones’ firing, so be it, but his refusal to comment on the actor’s claim that he was fired for “sending the wrong message to black America” was nonetheless disappointing.

WarnerMedia allowed 40 minutes for an HBO Max Q&A session with platform executives Kevin Riley, Sarah Aubrey, and Michael Quigley, which was much appreciated. Unfortunately, the trio didn’t reveal much new information about the upcoming streaming service, and they didn’t demystify many of the things that make HBO Max confusing. There’s still no concrete release dates for any HBO Max scripted originals, including which will be available at launch, nor any indication that WarnerMedia understands how perplexing the service’s marketing has been. HBO Max will co-exist alongside HBO Now, HBO Go, and HBO, and all HBO offerings will be available through HBO Max, but lingering questions about the licensing and availability of certain programs (from “Harry Potter’s” absence to curating the TCM library) kept reporters from providing clear, definitive answers to their readership. It’s not a good sign when the most positive piece of news out of a 40-minute Q&A is that the rumored “Friends” reunion special is still a “maybe.”

PBS brought former Bush administration officials Andrew Card and Ari Fleischer out to discuss “W,” the network’s upcoming documentary on George W. Bush’s presidency. Though the documentary will allegedly encompass the entirety of Bush’s presidency, its TCA trailer did not suggest it would offer an especially critical look at the 43rd president. There’s no justification for a sanitized reflection on the man who facilitated the Iraq War and failed to mitigate the 2008 financial crisis, but the documentary’s TCA spot was made worse by the attendee’s dearth of interesting questions for the panelists. The duo, particularly Fleischer, are notorious liars and were key Iraq War proponents, but were largely unchallenged by journalists and spent most of their panel reminiscing about Bush’s immediate response to 9/11.

“The Morning Show” producers and stars essentially refused to answer any questions about its upcoming Season 2, which meant most of the conversation was focused on the controversial aspects of Season 1 — which premiered two months ago. Topics included director and executive producer Mimi Leder’s prior statements indicating the show’s negative reviews were due to “Apple haters” and “nuts” critics. Leder admitted her past assertions weren’t true before contending they were still blown out of proportion. TCA attendees pressed on more issues, which led to a defensive posture from the panelists and journalists alike, rather than new, exciting tidbits about the series itself. You’d hope for more from a Jennifer Anniston and Reese Witherspoon-led panel than re-litigating the critical reaction to a television show.

After a four-year hiatus, USA Network’s reality-competition show about gamifying weight loss is back, but the panel couldn’t explain exactly why it’s returned from the dead. Though the reboot’s marketing has suggested the new “Biggest Loser” will be more about living a healthy lifestyle than aggressively shedding the pounds to win money, the show’s TCA clips and Q&A panel suggested that not much has changed. Most questions honed in on prior seasons’ tone-deaf messaging and lifestyle tips that ranged from counterproductive to dangerous.

The show’s panelists did little to dispel the tension and were unable to adequately address even the most basic concerns — such as how a show called “The Biggest Loser” wasn’t insulting overweight individuals — about the series. There’s little doubt that the TCA crowd is more likely to bring up such social issues than the ordinary television consumer, but the panelists should’ve known this, and their inability to offer satisfactory answers doesn’t bode well for the upcoming reboot.