Nearly a decade after debuting his "Here" at the festival, the filmmaker returns with a moving look at two old friends at odds. 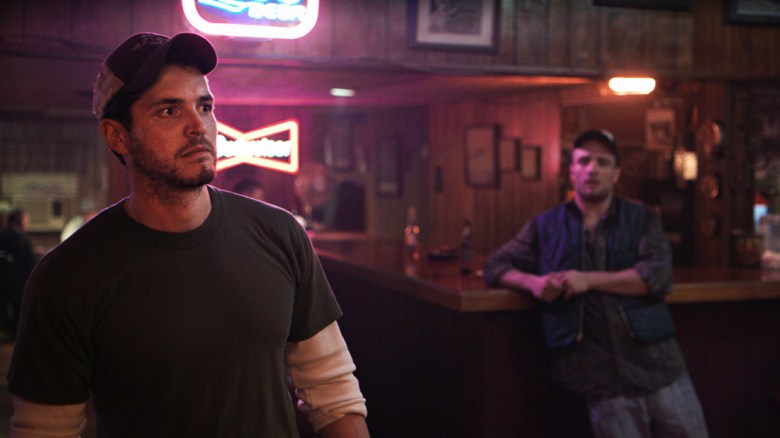 Nearly a decade after premiering his feature directorial debut, the Ben Foster-starring “Here,” at the Sundance Film Festival, Braden King returns with another new look at the unexpected bonds that rule in a quiet pocket of the world. King’s latest, “The Evening Hour,” stars up-and-comers Philip Ettinger (“Tyrel,” “First Reformed”) and Cosmo Jarvis (“Lady Macbeth”) in an elegiac look at present-day Appalachia.

Per the film’s official Sundance synopsis: “Cole, a popular, young health aide at a nursing home living in rural Appalachia, makes ends meet by redistributing excess medication from townies to local buyers. Among a community low on opportunities but seemingly awash in pill bottles, he envisions himself as a caretaker, genuinely fond of his suppliers and keeping addicted customers out of the path of the town’s menacing kingpin. The fragile balance of his double life is suddenly threatened when childhood friend Terry Rose returns after years away with plans to capitalize on what he perceives as Cole’s place in the local drug trade.”

While the film is King’s first return to narrative filmmaking since 2011, he’s certainly been busy in the interim. King has also helmed the documentary “Dutch Harbor: Where the Sea Breaks Its Back” and the shorts “National Disintegrations” and “Home Movie.” Over the course of his varied career, King has also directed music videos for a number of big names, including Glen Hansard, Sonic Youth, Bonnie “Prince” Billy, and Laurie Anderson.

“The Evening Hour” will premiere at the Sundance Film Festival in the U.S. Dramatic Competition later this month. If you’re attending the festival, check out screening times for King’s latest right here. The film is currently seeking distribution.

Check out the film’s first teaser trailer, available exclusively on IndieWire, below.

This Article is related to: Film and tagged Braden King, Direct, Sundance, The Evening Hour, Trailers