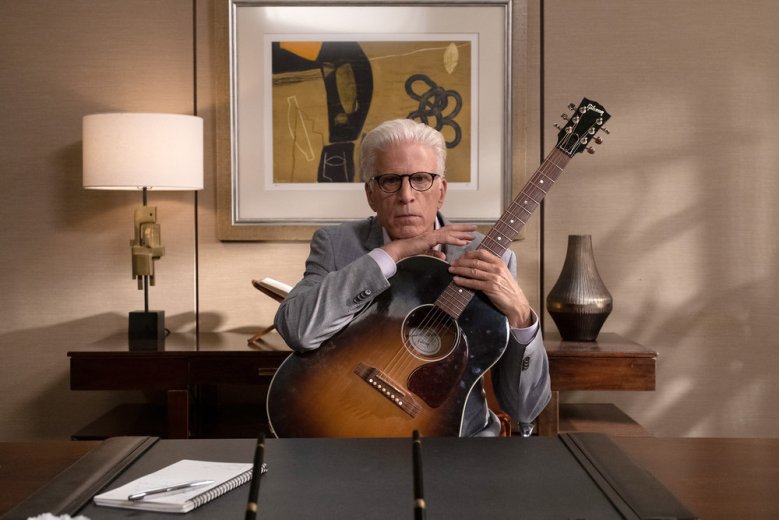 “The Good Place” began as a show not about what happens after you die, but what constitutes a good life on Earth. With that in mind, the series finale plays out with an elegant simplicity. Each of the four humans — who, over the course of their time in The Bad Place and The Good Place, saved humanity and reconfigured the order of the universe — decide they’ve seen enough, done enough, and forked enough to say goodbye to the universe, reality, and/or consciousness forever.

Though, yes, they were technically dead the whole time, it’s still worth noting that three of the four leads on a broadcast network sitcom vanished from all existence at the end of “The Good Place” — and a fifth one, Michael (Ted “National Treasure” Danson) tried to! Such a morbid ending with such a positive spin doesn’t hit the airwaves every day, and it certainly highlights the best of Michael Schur’s latest NBC comedy: Even when its deathly nature was hidden behind a veil of absurdity (or clouded by certain storytelling choices), there was a boldness backing “The Good Place” that bolstered its positive message and made the series so very easy to root for. Seeing Jason (Manny Jacinto), Chidi (William Jackson Harper), and Eleanor (Kristen Bell) choose to leave paradise in order to appreciate it — and bless the lives of those on Earth in any minor, magical, floating fairy dust way they can — is beautiful encouragement for those of us still here.

Still, that’s essentially all this ending had to say, and last week’s episode left the door open for more. Clocking in at over an hour with commercials, the finale, like the series itself, struggled to live up to its potential. A pattern is quickly established, with Jason being the first to go through the door — well, the first to say he wanted to go through the door, since he actually lived out his monk destiny waiting for Janet (D’Arcy Carden) to come back. His living funeral sets a high bar the others’ goodbye parties don’t try to top, instead leaning into the goodbyes themselves instead of how or why.

Here’s where things started to feel a little thin. Jason’s explanation for why he’s going to return his essence to the universe is… fine. It’s just fine. When asked how he knew it was what he wanted to do, Jason says, “I just suddenly had this calm feeling. Like the air inside my lungs was the same as the air outside my body. It was peaceful.” So once you’re at peace, you can let go. That’s a pretty big concept to grasp in about 20 minutes! And prior to Jason’s definition of peace, we saw him live out his dream of racing go-karts with monkeys, playing the perfect game of Madden, and trying to cook a good meal for his not-a-girl girlfriend. When Janet looks at Jason and knows what he’s going to do, the implication is that he’s done it all.

Another way to say that, using slightly reductive terminology, is that he’s bored. The same could be said for Chidi about his decision and for Eleanor’s, too. The implication in the episode is that Tahani (Jameela Jamil) will also get bored, as Michael did, only not everyone can just go live another life on Earth. Or maybe they can? Considering how many rules were changed in The Good Place & Beyond, anything is possible — and that’s OK! When the focus is on leading a good life, being a good person, and what about our world gets in the way of that, the arbitrary rules of the afterlife are fun to fork around with. 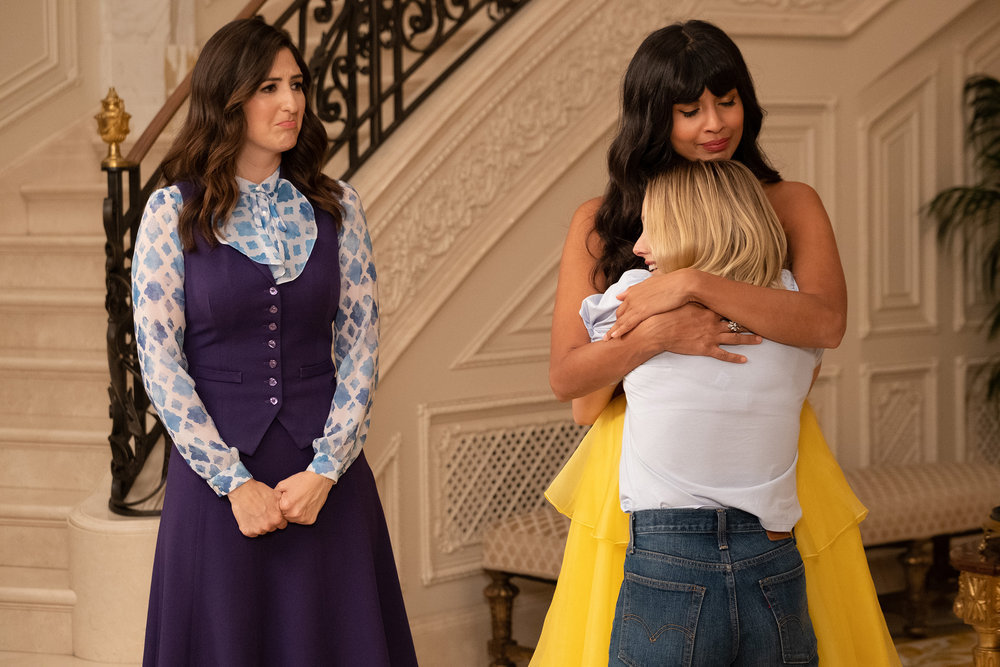 But “The Good Place” turned its full focus to death with last week’s episode. What does it mean to die? What can be good about it? Why would someone choose to do it? Those questions deserved more time than the finale could give it, and while it’s admirable Schur and the writers didn’t shy away from accepting death as a sane and rational choice, they could’ve spent more time getting the audience to that point. (Dare I even mention how the contentious topics of euthanasia and assisted suicide could’ve been dealt with through this framework?) Instead, the bulk of Season 4 spent its early episodes rebooting the original formula, asking whether four new bozos could become better people with a little otherworldly motivation.

Thankfully, the finale did focus on the core cast, along with a few trademark pop culture tie-ins. I guess I should’ve mentioned at the top of this review that I’m morally obligated to support anything and anyone who publicly advocates for Carrie Coon’s deserved Emmy nominations in “The Leftovers,” so that is obviously the series’ highlight (and a nice little nod to Damon Lindelof, who helped Schur in the early days of planning “The Good Place”). Nick Offerman hammed home another “Parks and Recreation” connection with his approval of Tahani’s chair design. The Judge (Maya Rudolph) continued flexing her good taste with an East Dillon Lions t-shirt, and one could even argue Janet threw in one more Lindelof homage by mirroring Dr. Manhattan’s perception of time.

These are just some of the dozens of small joys “The Good Place” brought into our lives every half-hour. I would argue Ted Danson was one of the larger joys, if not the largest, and his two best scenes in the finale were also the finale’s two best scenes: hopping behind a tree, pretending he was shedding his essence, and accepting Eleanor’s gift of becoming human. It was then and shortly thereafter that “The Good Place” unveiled its parting points: “You don’t really know what’s going to happen to you” when you die, but “that’s what makes it special” — the start and the end of a thought shared by Eleanor and Michael.

Then, when Eleanor walked through the door, we got a glimpse at what even Janet doesn’t know: what happens next. Eleanor’s essence floated down to Earth and landed on a man throwing away a piece of mail. But when Eleanor connected with him, he thought twice, picked up the letter, and walked it over to Michael Realman, the proper recipient. Maybe that’s what happens, maybe not. Maybe no good comes from our good intentions, maybe a glowing little firebug of light makes it down to a person in need. What matters is what you do with the time that you’ve got, and “The Good Place” put a lot of good into this world.

“The Good Place” Seasons 1 – 3 are streaming now on Netflix. Season 4 is available on Hulu and via the NBC app.

This Article is related to: Television and tagged Michael Schur, NBC, The Good Place, TV Reviews