The comedic duo play a couple on the rocks, and suddenly forced to grapple with a nutty crime. 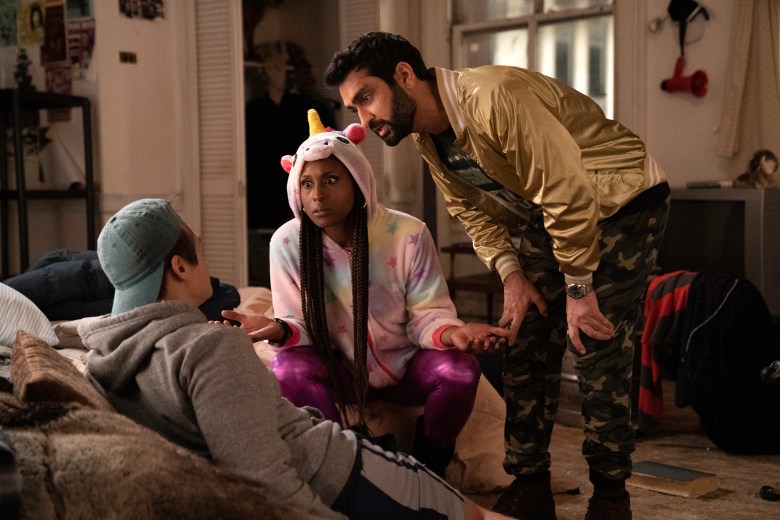 The big screen murder mystery is back. Hot on the heels of Rian Johnson’s Agatha Christie-inspired (and now Oscar-nominated) “Knives Out” and Kenneth Branagh’s smash hit (and actual Agatha Christie adaptation) “Murder on the Orient Express” (soon to be followed by sequel “Death on the Nile”), the cineplex crowd seems to have fallen back in love with whodunits of all stripes. Next up: “The Lovebirds,” a wacky murder mystery that also happens to feature comedic all-stars Issa Rae and Kumail Nanjiani as a couple in emotional trouble that is suddenly forced to deal with, well, murder trouble.

Per the film’s official synopsis: “A couple (Issa Rae & Kumail Nanjiani) experiences a defining moment in their relationship when they are unintentionally embroiled in a murder mystery. As their journey to clear their names takes them from one extreme – and hilarious – circumstance to the next, they must figure out how they, and their relationship, can survive the night.” Previous coverage has hinted that the “defining moment” is more like “oh, we’re about to break up,” which would put anyone on edge, particularly people suddenly thrust into a real-life game of “hey, who killed that guy?”

The comedy reunites Nanjiani with his “The Big Sick” director Michael Showalter, which should please fans of that breakout rom-com, which earned Nanjiani and his wife Emily V. Gordon an Oscar nomination for their loving retelling of their own unorthodox romance. “The Lovebirds” also stars comedy standouts Paul Sparks, Anna Camp, and Kyle Bornheimer, so the potential for laughs (and again, murder) here is high.

“The Lovebirds” will premiere at the SXSW Film Festival in March, where it will screen in the company of other funny headlining titles, including Judd Apatow’s “The King of Staten Island,” which will open the festival. The film’s likely splashy debut will be followed by an April 3 theatrical release from Paramount Pictures. Check out the film’s first trailer below.

This Article is related to: Film and tagged Direct, Issa Rae, Kumail Nanjiani, The Lovebirds