Lambert Wilson, who played the character in last two films in the franchise, says it might happen, depending on his schedule. 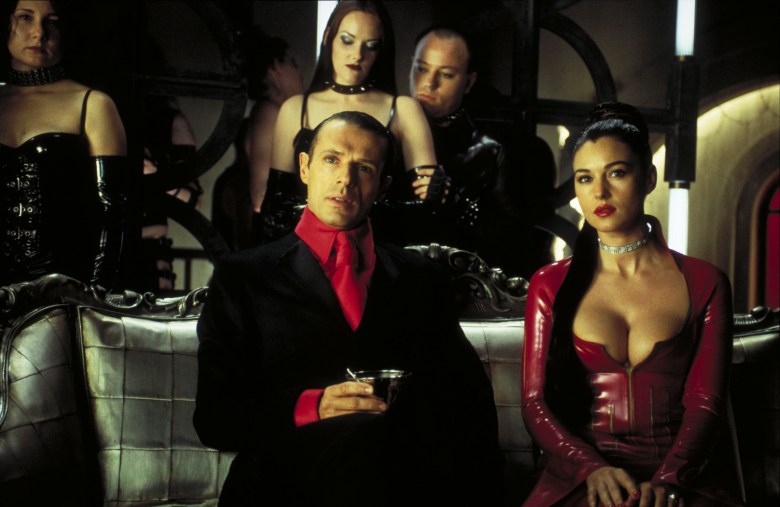 “The Matrix” franchise will continue with a fourth film that’s currently in development, with Lana Wachowski set to write and direct, and Keanu Reeves and Carrie-Anne Moss reprising their roles as Neo and Trinity, respectively.

The project has been kept mostly under wraps, as plot details are currently unknown. In addition to Reeves and Moss, actors already confirmed to be joining the cast include Jada Pinkett Smith (Niobe), as well as newcomers Jessica Henwick, Neil Patrick Harris, Toby Onwumere, and Yahya Abdul-Mateen II, who is rumored to be playing young Morpheus.

Lambert Wilson might soon be added to the list, according to a recent report by French outlet Allocine (via The Playlist), that says Wilson, who played The Merovingian in “The Matrix Reloaded” and “The Matrix Revolutions,” is currently in negotiations to return to for the upcoming fourth film. Pproduction on the film may conflict with his schedule, so it’s possible that he won’t be back.

In the “Matrix” universe, The Merovingian (sometimes called The Frenchman) is an old, powerful program that resides within the Matrix. The self-described “trafficker of information” and his wife Persephone (played by Monica Bellucci) operate a smuggling ring, providing a haven for exiled programs in the Matrix.

Aleksandar Hemon and David Mitchell, one of the most visionary sci-fi writers of our time, are co-writing the script with Wachowski. Mitchell is the author of “Cloud Atlas,” which the Wachowskis and Tom Tykwer adapted into a 2012 film.

The word is still out on if, Lilly Wachowski, the original trilogy’s co-director, will be involved in the project.

Over the course of the three previous “Matrix” films, which include “The Matrix,” “The Matrix Reloaded,” and “The Matrix Revolutions,” the franchise grossed more than $1.6 billion at the global box office. However, the sequels were met with critical derision, which means “Matrix 4” may be an opportunity to stabilize the franchise’s legacy.

Wilson will next be seen playing Charles de Gaulle, former President of France, in the French production, “De Gaulle.”

This Article is related to: Film and tagged Lambert Wilson, Lana Wachowski, Lilly Wachowski, The Matrix 4