Kazan rarely speaks about how the experiences of her grandfather, Elia Kazan, influence her artistic choices. 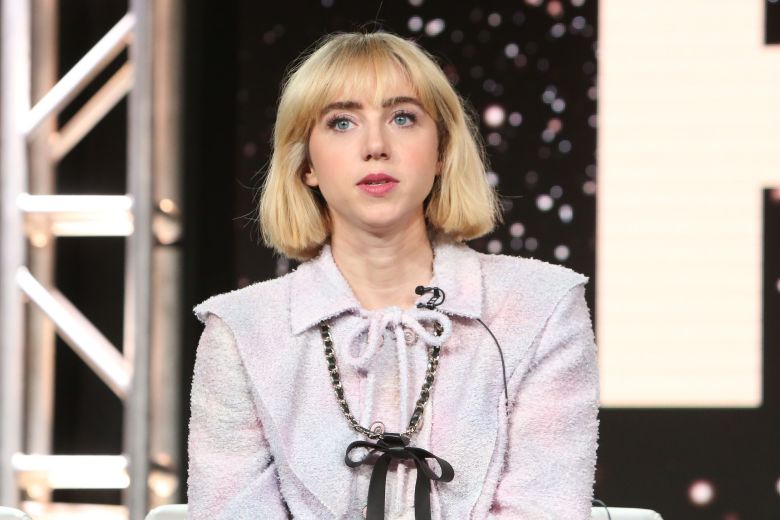 Zoe Kazan left Television Critics Association members speechless during an HBO panel on “The Plot Against America” at the TCA 2020 Winter Press Tour in Pasadena Wednesday. The actress and granddaughter of Elia Kazan recalled her family’s legacy and the influence of her grandfather’s filmography while working on the upcoming HBO alt-history series, which documents the fictional presidency of Charles Lindbergh and his efforts to drive the United States towards fascism.

“I have not wanted to weigh in on my family’s political history, partially because of the other people it involves in my family who have prized their privacy over a public life,” Kazan said during the TCA panel. “So, I’m not going to go into it, but I will say that I thought a lot about how the history of our country affected my family’s history and what it meant for my grandfather, as an immigrant to this country, as his American-ness was tested, and the choices he made from that. It was a profound experience to work on this, personally, politically, and artistically.’

Kazan discussed John Steinbeck’s translation of “timshel,” (Hebrew for “thou mayest”) in “East of Eden” and how the interpretation of that belief can lead to propulsive generational change. Her answer drew a round of applause and helped set the tone for a panel that didn’t shy away from drawing parallels between the fascist United States of “The Plot Against America” and contemporary American politics.

“The Plot Against America” will follow a working-class Jewish family who witness Lindbergh’s ascent to the presidency. The real-life Lindbergh was a celebrated aviator and military officer, but also an unapologetic anti-Semite and white supremacist who was sympathetic towards Nazi Germany. The six-episode HBO miniseries is based on Philip Roth’s acclaimed 2004 novel of the same name.

The series’ panel also featured series creator David Simon and stars Morgan Spector, Winona Ryder, Anthony Boyle, and John Turturro. Simon said he was approached about adapting Roth’s novel into a miniseries several years ago, but considered the book’s warnings of anti-Semitism and fascism to be largely unnecessary at the time. Times, he noted, have changed.

Simon said that Roth was relentless about telling the truth in his novel and said his television adaption would focus less on Lindbergh as an individual and instead focus on the factors that allowed a racist populist to become president.

“I think it’s fairly apparent that the political paradigm is now—not only in America but internationally — going towards populism, nationalism, and the rise of xenophobia and the fear of the other,” Simon said during the TCA panel. “That’s the reason this got made…The reason to do this is not merely because of the current administration, but because of the forces that are now in play politically.”

“The Plot Against America” premieres on March 16.

This Article is related to: Television and tagged David Simon, HBO, TCA, The Plot Against America, Zoe Kazan