Sundance: "Newtown" director Kim A. Snyder follows the teen survivors of the Parkland shooting as they fight against American complacency. 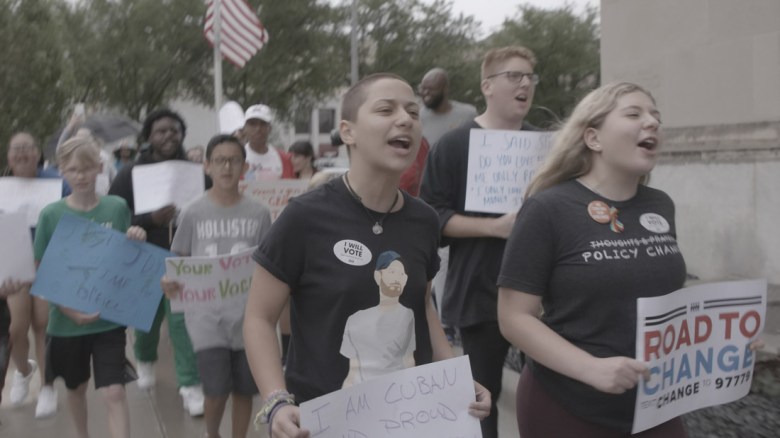 How do you make a movie about the gun crisis in America? How do you document a plague in a country that has become so desensitized to the pain it causes? How — at a time of such rampant inhumanity that millions of people seem resigned to even the most preventable horrors — do you possibly make a film that resonates with this amnesiac nation in a way that regular images of murdered club-goers, concert attendees, religious worshippers, multiplex patrons, Walmart shoppers, children, children, children, and always more children, have not?

If these aren’t rhetorical questions, that’s only because well-intentioned filmmakers like Kim A. Snyder will be reckoning with them for a long time to come. We’re lucky for their resolve; they accomplish more by failing to find the right answers than our entire political establishment does by settling for the wrong ones. In 2016’s “Newtown,” Snyder vivisected the remains of a Connecticut town forever scarred by one of the most galling massacres in American history, and while that wide-ranging documentary had no hope of capturing the full extent of the pain it found, the film nevertheless helped to humanize a tragedy that much of the country could only bear to think about in the abstract.

Humbled by the endless horror of it all — but also unwilling to accept hopelessness as a viable alternative — Snyder recognized the Valentine’s Day 2018 shooting at Marjory Stoneman Douglas High School as another unwanted chance to convey the cost of our ongoing crisis, and picked up her camera as soon as the teenage survivors realized they might have the power to do something about it. If the unfocused and overextended documentary that Snyder has made about them inevitably fails to fix our hearts, the best and most purely valuable moments of “Us Kids” still cohere into a galvanizing reminder that change is only possible if we believe in it. Helplessness is learned, and this is a film about a group of young people who had to flee their classrooms before reaching that part of the curriculum.

Snyder dilutes that message by forcing “Us Kids” to be about so many other things as well, but her documentary always thrives on its access and intimacy. Snyder arrives in Parkland, Florida, mere days after the shooting, and though she glosses over the organic process by which a group of teens from different social cliques spontaneously came together — a potential movie unto itself — the filmmaker is quick to recognize the radical strength of her subjects’ unvarnished honesty. These kids simply haven’t swallowed all of the world’s bullshit yet, and the attack on their school has turned that guilelessness into a kind of superpower.

Although her story is so shortchanged by a movie that tries to squeeze it in as a subplot, Sam Fuentes might be the Parkland survivor who best typifies that phenomenon. Shot in the leg during the massacre and left with a full menu of post-traumatic scars, she’s a winsomely open wound of a girl who couldn’t mask her emotions if she tried. Conspiracy theorists will tag anyone as a “crisis actor,” but they’d have their work cut out for them in making the label stick to someone as genuine Fuentes. “I was a normal-ass kid doing normal-ass things,” she says when Snyder asks her about life before the shooting, and that normal-ass sincerity clearly survived the attack. 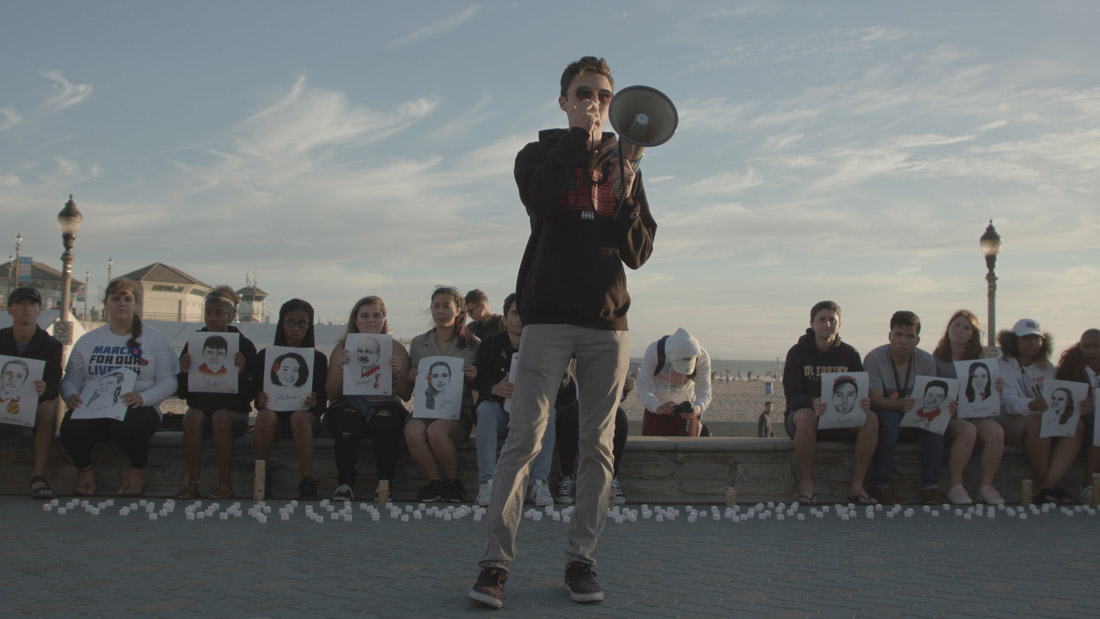 Speaking at the March for Our Lives in front of a million people (and a global television audience), Fuentes vomits onstage. In a better world, that would still be every teenager’s worst nightmare. For Sam, it’s an involuntary reaction to something much scarier: The fear that someone in the crowd might shoot her. While Snyder over-relies on news footage that will already be familiar to the vast majority of her audience, Fuentes inspires her best filmmaking. It’s bracing to hear the survivor’s candid commentary layered over the images we’ve seen before, and even more so to watch Fuentes as she takes that anxious trembling with her everywhere she goes.

Less extroverted (and more traumatized) than many of the Parkland kids who became household names, Fuentes understandably struggles to seize the moment. She mourns the loss of her friend Nicholas Dworet, and bonds with his withdrawn younger brother, who always wears a hoodie despite the humid Florida weather in order to hide the shrapnel scar on the back of his head. Whether going to the local gas station or speaking at a star-studded gala in New York City, everything Fuentes does is graced with the bravery and persistence of someone who hasn’t given up. As is often the case in “Us Kids,” it’s the resilience that resonates more than the pain behind it.

The brunt of the film, of course, is spent with Emma González, David Hogg, Cameron Kasky, and the other Parkland students better equipped to seize the moment. It’s naturally of interest to see what these reluctant icons are doing almost two years after being saddled with their grim celebrity — Emma grew out her hair! — but Snyder is seldom able to penetrate any deeper than that. Following the group on their national speaking tour in summer 2018, her cameras capture all sorts of candid B-roll meant to reinforce the teens’ humanity, but anyone less psychotic than Alex Jones won’t need so much evidence. It’s no shock that González and Hogg would rather be at home watching “Breaking Bad,” or that by billionaire philanthropist George Soros isn’t personally scripting their every speech.

And while there’s something remarkable about the basic energy that bonds these kids together in their hope for a less violent tomorrow, the film’s more specific details suggest the missed opportunity for a more nuanced portrait. It’s revitalizing when a black girl named Bria Smith joins the group in Chicago despite being “so done with white people” before the tour came to town, and she does a laser-sharp job of reminding the privileged kids from Parkland that people of color have been on the front lines of America’s gun violence for decades. Once that point has been made, however, it’s simply absorbed into the marrow of a film that covers too much ground to linger anywhere for long.

Likewise, it’s frustrating to see bittersweet emotional throughlines emerge, only to be muddled by another repetitive tour stop or unhelpful montage (Snyder’s agonized decision to save any Parkland footage for the end and then fragment it under a Billie Eilish song is… a curious one). It’s heartrending to hear several of these incredible kids privately insist they are not worthy of the work being done by their friends — “David does a lot more,” Emma says. “He tweets like three times an hour” — but the emotional dynamics are often too diluted to rise above the noise. That feels like an even more glaring flaw when it comes to the film’s critique of the media, and the implication that the bloodthirsty restlessness of the 24/7 news cycle has condemned us to repeat history. For all of the television excerpts in the movie, “Us Kids” is hesitant to explore the conflict-addicted complicity the Parkland kids are fighting against.

Snyder casts her net too wide to paint a meaningful portrait of the kids, and follows them too closely to provide much lasting insight into the context of their campaign. And yet, the spirit of their mission shines through. Their beautiful obstinance; their unbounded energy; their steadfast refusal to accept the prevailing wisdom that un-fucking the future is too complicated for a kid to understand. It may not be possible for a film to adequately convey the pain of America’s gun problem, but this one is proof enough that a film can distill the essence of a solution. “Am I brave, or was I just hard-headed?” González asks herself at one point, echoing a question that must have confronted Snyder at some point during the making of her last two films. If nothing else, “Us Kids” affirms there’s a bravery to being hard-headed, and a hard-headedness to being brave.

“Us Kids” premiered at the 2020 Sundance Film Festival in the U.S. Documentary Competition. It is currently seeking U.S. distribution.

This Article is related to: Film, Reviews and tagged Kim A. Snyder, Reviews, Sundance, Us Kids