Mackie suits up as Takeshi Kovacs in the conceptual sci-fi series. 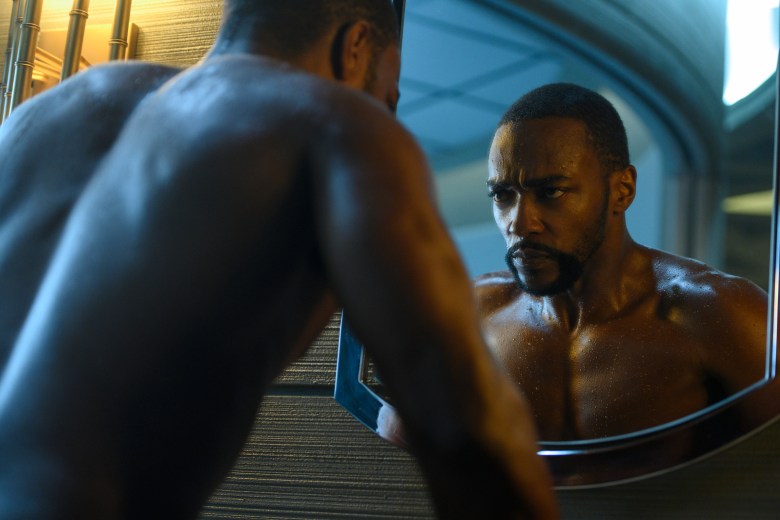 Netflix has released the first official trailer for the second season of “Altered Carbon,” its high-concept sci-fi original that impressed both critics and viewers when it came out in 2018. Based on the novel by Richard K. Morgan and created by Laeta Kalogridis, the drama takes place in the year 2384, where humans have developed the ability to transfer their consciousnesses to new bodies — a technology that has completely upended society.

The new trailer offers a first look at Anthony Mackie as lead soldier Takeshi Kovacs, a formerly rotating role which was originated by “The Killing” star Joel Kinnaman in Season 1. Mackie recently guest starred in an envelope-pushing episode of the most recent season of “Black Mirror” for Netflix. With “Altered Carbon,” the actor steps into a much more traditional sci-fi world, but one that’s just as epic.

The official summary from Netflix reads: “In ‘Altered Carbon,’ society is transformed by new technology: consciousness can be digitized; human bodies are interchangeable; death is no longer permanent. Season Two begins 30 years after the epic conclusion of Season One, and finds Takeshi Kovacs (Mackie), the lone surviving soldier of a group of elite interstellar warriors, continuing his centuries old quest to find his lost love Quellcrist Falconer (Renée Elise Goldsberry). After decades of planet-hopping and searching the galaxy, Kovacs is recruited back to his home planet of Harlan’s World with the promise of finding Quell. Haunted by his past and responsible for investigating a series of brutal murders, Kovacs is stunned to discover his new mission to solve the crime and his pursuit to find Quell are one and the same. With the help of his loyal A.I. Poe (Chris Conner), Kovacs must now partner with new allies to outwit his enemies and find the truth: Who is Quellcrist Falconer?”

Netflix will drop Season 2 of “Altered Carbon” on February 27. Check out Mackie all suited up in the new trailer below.

This Article is related to: Television and tagged Altered Carbon, Anthony Mackie, Netflix