The five-episode reimagining of the 1980s series premieres on the platform March 6. 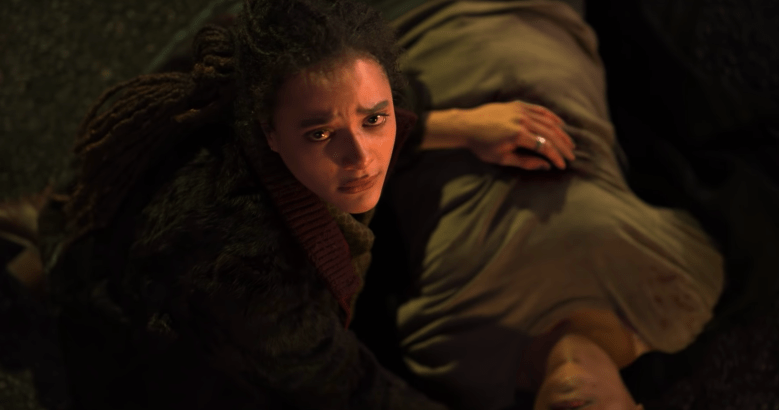 Get ready for more “Amazing Stories,” because Apple TV+ has just unveiled a new trailer for the web series reboot of Steven Spielberg’s beloved 1980s anthology show. Executive-produced by Spielberg along with new blood in the form of Edward Kitsis, Adam Horowitz, Darryl Frank, and Justin Falvey, this version of “Amazing Stories” will premiere as five episodes on Apple TV+ on March 6. Watch the trailer below.

Developed in partnership between Universal TV and Amblin Television, “Amazing Stories” features familiar names and faces both in front of and behind the camera, aiming to “transport the audience to worlds of wonder through the lens of today’s most imaginative filmmakers, directors, and writers.” Episodes will include “The Rift” with Austen Stowell (“Bridge of Spies”), Kerry Bishé (“Halt and Catch Fire”), and Edward Burns, with Mark Mylod of “Game of Thrones” directing; “Signs of Life,” with Jacob Latimore (“The Chi”) and Sasha Lane (breakout of Andrea Arnold’s “American Honey”); “The Heat,” with E’myri Crutchfield (“Burning Cane”), Hailey Kilgore, and Shane Paul McGhie; and “The Cellar,” with Dylan O’Brien (“Teen Wolf”), and Victoria Pedretti (who played Love on the most recent season of “You”).

But perhaps most buzzed-about episode, and the one sure to turn on the waterworks for film fans, will be the episode “Dynoman and the Volt,” which is one of the final projects from the late Robert Forster, the screen veteran who died back in October of 2018. It’s written by Peter Ackerman and directed by Susanna Fogel, centered on Forster as a grandfather and his grandson bond over the power they discover in a ring ordered from the back of a comic book. Other directors on the series include Michael Dinner, Todd Holland, Chris Long, and Sylvain White.

“Amazing Stories” was originally to be run by Bryan Fuller and executive producer Hart Hanson, but they pulled out amid creative differences back in February of 2018, with Kitsis and Horowitz taking over. The reboot is yet another high-profile outing from Apple TV+, looking to tap into audiences as well as the awards space. The original “Amazing Stories” earned 12 Emmy nominations throughout its run from 1985 to 1987, winning five of them.

Here’s that trailer for the reboot, below.