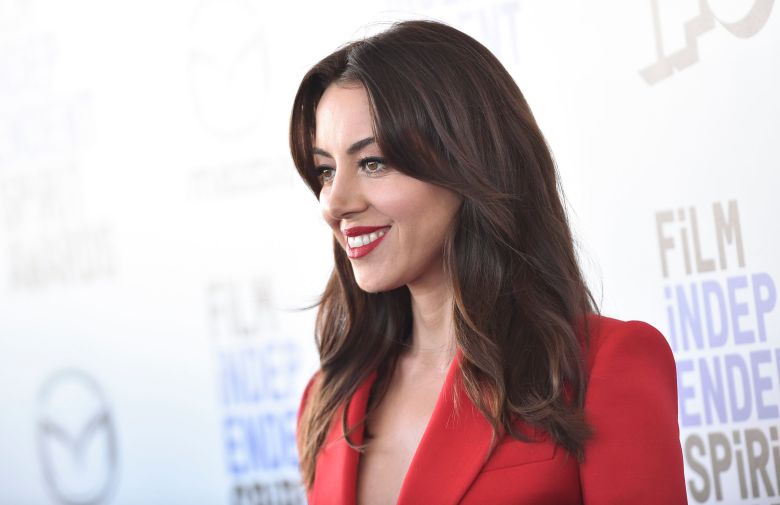 Aubrey Plaza was back for the second year in a row hosting the Film Independent Spirit Awards on Saturday live from Santa Monica Beach as the weekend’s other awards show is preparing to hand out trophies sans-host also for the second time. That’s not the only way the Indie Spirits, which celebrate the best in independent film, sets itself apart from the Oscars. In fact, in her opening monologue Plaza took time to call out some of the problems with the Academy Awards.

“The Film Independent Spirit Awards is so much cooler than the Oscars. It’s the daytime, we’re on the beach, we recognize female directors — all two of them!” Plaza said. “I’m so proud of how diverse show this is. You know Jennifer Lopez and I are both super hot Puerto Ricans. I mention that because Puerto Rico is kind of like independent film: Its beautiful, not enough people have seen it, and its financing is always falling through. Boricua, what’s up!”

Indeed two women are up for the Indie Spirit for Best Director: Alma Har’el (“Honey Boy”) and Lorene Scafaria (“Hustlers”). Har’el has been among the most vocal in her pushback to the Oscars lack of women Best Director nominees this year. Meantime, Lopez was nominated for the Spirit’s Best Supporting Female actor for her celebrated performance as stripper-heist ringleader in “Hustlers.”

The Spirit Awards telecast began with a pre-recorded segment featuring Plaza in her dressing room pondering existential questions about the state of independent film. “Nobody knows what a movie is anymore,” she said. “Everyone is just watching shit on their phones.”

This crisis led Plaza to manifest an apparition of herself as Judy Garland, who was there to talk sense into the in-crisis Plaza’s worries about Martin Scorsese being on Netflix and other changes in cinema.

Garland’s gentler approach didn’t work and the interaction between the two eventually devolved into a slapping match before they shared a passionate kiss. The kiss was interrupted by Jon Hamm entering Plaza’s dressing room.

Her live monologue was framed by a rendition of “Get Happy,” a song popularized by Garland’s rendition in the 1950 film “Summer Stock.” In between the song, she offered no-holds-barred jokes aimed at the audience of Spirit Awards’ nominees.

“Jennifer Lopez is here you guys. She just played the Super Bowl last weekend. What did you do, Mary Kay Place? Nothing, because you’re a lazy sack of shit! Just kidding, you’re a national treasure,” she said.

Plaza riffed on brothers Josh and Benny Safdie, at the ceremony for their nominated film “Uncut Gems,” to make another point about gender equity in Hollywood.

“There are so many brothers directing in Hollywood but there are almost no sister directors,” she said. “You’d think this town would love to pay two women one salary.”

Other jokes didn’t play as well for their targets.

Referencing the troubled couple in nominee “Marriage Story,” played by Scarlett Johansson and Adam Driver, as well as Johansson’s real-life relationship to Colin Jost of “Saturday Night Live,” Plaza said: “Today isn’t about Scarlett Johansson being with men who don’t deserve you, it’s about independent film.”

This Article is related to: Awards and tagged Aubrey Plaza, Indie Spirits