Cory Finley's film, which sold out of the Toronto Film Festival for nearly $20 million, hits HBO on April 25. 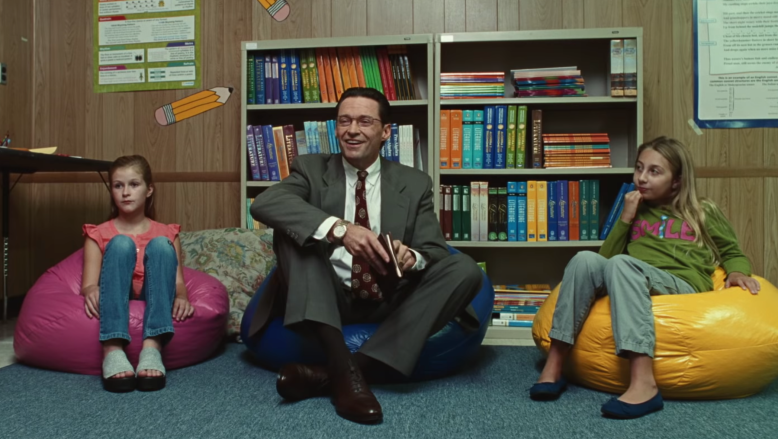 At last year’s Toronto International Film Festival, HBO scooped up Cory Finley’s buzzed-about dark comedy “Bad Education” for just shy of a cool $20 million. That’s great news for the ripped-from-the-headlines film, which earned star Hugh Jackman raves for his turn as an embezzling high-school superintendent, and its potential to reach a massive global audience. But that also means, without a theatrical release, there will be no Academy Awards for this film. “Bad Education” will instead vie for Primetime Emmys, as its April 25 street date on HBO platforms makes it eligible for this year’s awards.

With a cast led by Jackman, plus TV mainstays Allison Janney (both an Emmy and Oscar winner) and Ray Romano (also an Emmy winner), it’s an enviable ensemble, all directed by Finley, who last helmed the hit indie dark comedy “Thoroughbreds.” Jackman plays Dr. Frank Tassone, the superintendent of the Roslyn School District in Long Island, who, after inheriting an administrative mess, ends up steering the largest single public school embezzlement scandal in history. That scandal is inspired by real-life events observed by co-producer/writer Mike Makowsky during his time as a student at Roslyn. The film’s producers also include Fred Berger (“La La Land”), Oren Moverman (“Time Out of Mind”), Brian Kavanaugh-Jones (“Honey Boy”), Julia Lebedev (“Dear White People”), and Eddie Vaisman (“Monsters and Men”).

Hugh Jackman’s against-type turn as a disgraced school administrator earned raves out of TIFF, with IndieWire’s David Ehrlich heralding “the most human performance he’s ever given, wrapped in translucent vanity and cut with finely sliced layers of doubt and denial.” He also wrote, “Heavy with poisoned humor and as panoramic as Finley’s ‘Thoroughbreds’ was laser-focused, ‘Bad Education’ is in no hurry to reveal the full picture; watching the first hour of the movie, it’s hard to imagine how this seemingly benign story of suburban malfeasance could possibly explode into the biggest embezzlement scandal in the history of the American school system. But the pieces are there from the moment the film starts, buried just under the sand.”