The women of "Skate Kitchen" are coming back for an HBO series about navigating the male-dominated world of skating in New York City. 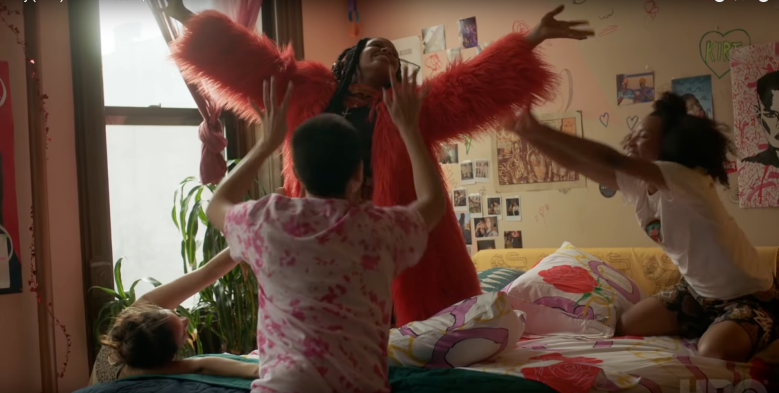 HBO has dropped the official trailer for “Betty,” an upcoming series that will center on a group of skateboard-loving women as they navigate life in New York City after the events of “Skate Kitchen.”

“Betty” serves as a spinoff to the 2018 film “Skate Kitchen” and will focus on the group’s efforts to stand out in New York City’s male-dominated world of skateboarding. Series stars include Dede Lovelace, Moonbear, Nina Moran, Ajani Russell, and Rachelle Vinberg, who all starred in “Skate Kitchen.” The series, which consists of six half-hour episodes, will premiere on May 1.

Per HBO, the characters are summarized as: “Opinionated and loyal, Janay (Lovelace) is strong willed and stubborn in ways that both help and hurt her. Honeybear (Moonbear) is a quiet storm. Her flagrant style is a ruse; an armor she wears to hide her emotional struggles. Kirt (Moran) is a lover (to the ladies), a fighter (to the rest of the world), and a little kid in the body of a woman. She’s the funniest person alive, but even if she knew it, she wouldn’t care. Meanwhile, Indigo (Russell) is a street-savvy hustler trapped in the body of a well-to-do art school drop-out. On the edge of the group is Camille (Vinberg), guarded, perceptive, intelligent and awkward. She wants to be down with the dudes in the skate park and has fought hard for the small space she’s carved out with them, but she needs to realize that cool points don’t actually add up to the sum of anything, especially in the eyes of the other girls.”

The series’ official trailer shows that the bond between the Skate Kitchen group featured in the 2018 is as strong as ever, with plenty of scenes showing the young women enjoying life in New York City. “Skate Kitchen” focused on Camille, who was an 18-year-old living with her conservative single mother during the events of the film. She joined and had a subsequent falling out with the Skate Kitchen group, but reunited with her friends in the film’s final scene. HBO picked the series up in August 2019.

Check out the trailer for “Betty” below: