From the Baby Yoda toy to Star Wars: Galaxy's Edge, it's all about creating direct relationships with consumers to tie them deeply to the Disney empire. 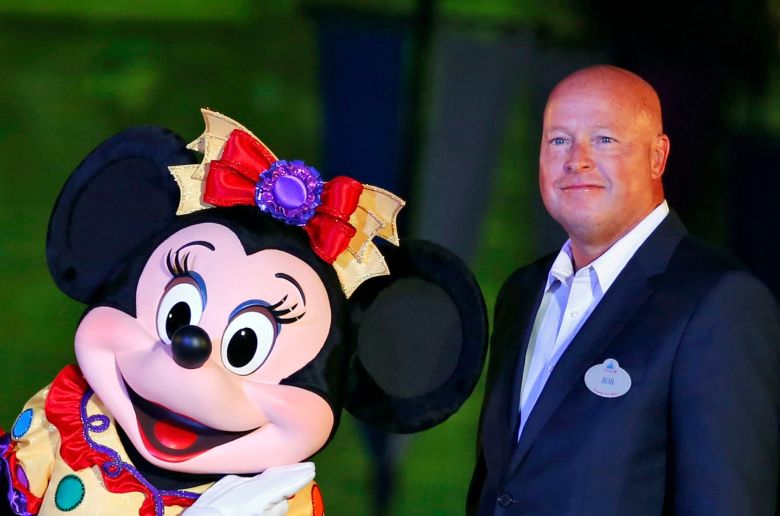 After overseeing The Walt Disney Company’s acquisition and growth over the last decade of two of the world’s largest film franchises in Marvel and Lucasfilm and two movie studios in 20th Century Fox and Pixar, outgoing CEO Bob Iger over the last year has turned the company’s focus inward, to streaming platforms Disney+, Hulu, and ESPN+. Now, Iger’s successor, Bob Chapek, will be tasked with continuing that work: Using those streamers to ensure Disney’s continued dominance at the box office, driving consumer demand for products and vacations, and cementing Disney as one of the most formidable competitors in the streaming wars.

Business types call it synergy, and it’s something Disney does incredibly well. It’s why Chapek — who most recently oversaw Disney’s theme park and toys division — is such a wise choice to oversee the conglomerate, which many primarily associate with its movie studio. Disney doesn’t just sell the next MCU installment or streaming subscriptions, it’s offering a pipeline of experiences, stories, and products to people around the globe.

A successful “Star Wars” movie helps drive visitors to Star Wars: Galaxy’s Edge in California and Florida, and the internet sensation of Baby Yoda has led the Hasbro’s animatronic version to sell out at major retailers — even though the toy won’t ship until December.

“To me, the the commonality between our businesses is our consumer, and I’ve worked in consumer businesses my entire career,” Chapek said in a CNBC interview Tuesday afternoon. “It’s not ironic that our strategy for the media business now is a direct-to-consumer business, where we have that one-on-one relationship with our customer without necessarily having a lot of middlemen in between.”

Chapek appeared on the cable channel shortly after news broke that Iger, who has led Disney since 2005, would be stepping down immediately as CEO. Iger will stay on for the next 22 months as executive chairman, where he will have one direct report, Chapek, and focus on the company’s “creative endeavors,” leaving Chapek charged with running day-to-day operations. Asked why he was stepping down, Iger cited the “extremely important” successful launch of its direct-to-consumer arm.

It’s part of what Iger says is a “really smart transition process” that’s been years in the making. The former CEO has extended his contract several times, most recently in 2017 as part of Disney’s acquisition of 20th Century Fox.

In another era, appointing the toys and theme park executive to the top job would be unusual. Iger was president and COO of ABC’s parent company when Disney acquired it in 1996. The previous Disney CEO, Michael Eisner, ran Paramount. Earlier CEOs Frank Wells and and Ron W. Miller also had film backgrounds. But this is the age of streaming, where Amazon makes movies to sell Prime subscriptions.

For now, Chapek expects things to be “more of the same,” but noted the art of managing a behemoth like Disney comes from recognizing disruptive forces (e.g. Netflix) and adapting the business in response.

One example of that is the disruption Netflix posed to the entertainment industry. In response, the Iger-led Disney bought streaming tech provider BAMTech in 2017 and last year got a controlling share of Hulu with the Fox purchase and launched Disney+.

Chapek’s task? “Figuring out how we take the data, the information, the technology, and once again our storytelling, right direct to the consumer so that we can take all the great equities that we have and continue to build those for shareholders,” he said in the CNBC interview.

There are few middle men in an entertainment industry forged by Netflix’s vision. It used to be a middle man — sending out DVDs released by distributors to subscribers — before launching its streaming service in 2007 stocked with other company’s movies and TV shows. But increasingly it has relied on commissioned content to keep its subscribers happy while original programming has become key artillery in the streaming wars.

Now that much of Disney’s most popular movies and shows are available exclusively on Disney+, Iger has turned the company’s focus to Hulu, which is being positioned as a general-audience service with content from FX.