No, a Marvel movie is not in Bong Joon Ho's future. 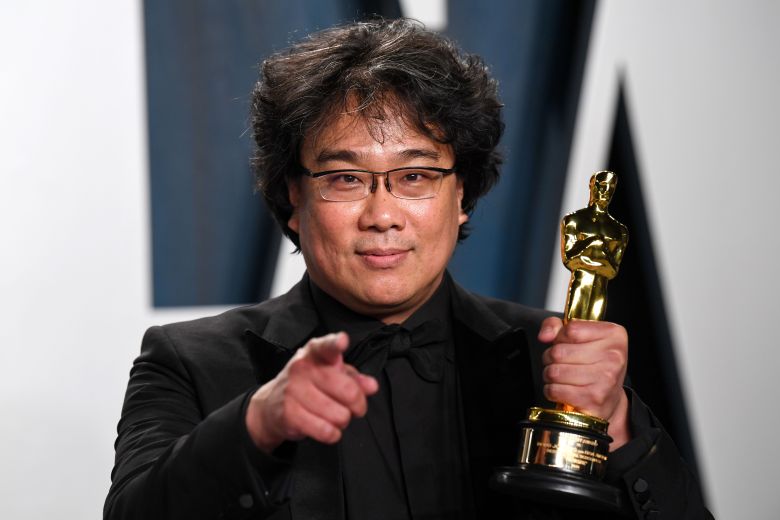 “Parasite” writer-director Bong Joon Ho collected four Oscars at the 92nd Academy Awards: Best Picture, Best Director, Best Original Screenplay, and Best International Feature Film. These history-making wins were the first for South Korea at the Oscars, and “Parasite” is an Oscars game-changer as the first foreign-language film to win Best Picture in the ceremony’s 92-year history. While Bong has been one of South Korea’s most prolific auteurs for nearly two decades (see “Memories of Murder,” “The Host,” and “Mother”), “Parasite” has turned the 50-year-old filmmaker into a global superstar. Many moviegoers around the world likely wonder where Bong’s career will go next after his historic Oscar wins, and the most immediate answer is television.

Beginning in May, TNT will world premiere its television adaptation of Bong’s 2013 science-fiction action film “Snowpiercer.” Bong serves as an executive producer of the series, which stars “Hamilton” and “Blindspotting” breakout Daveed Diggs opposite Jennifer Connelly. “Snowpiercer” is set in a dystopian future where all of civilization lives on a moving train that is divided by economic class. The rich live in luxury at the front of the train, while the poor struggle in the overcrowded and impoverished back. Diggs plays a member of the lower class who leads a rebellion against the rich. “Snowpiercer” premieres May 31 on TNT.

More excitingly, Bong is also developing a television adaptation of “Parasite” for HBO. The premium cable network confirmed in January that it would be making a television series based on “Parasite” with Bong serving as a producer alongside Adam McKay. The latter, a fellow Oscar winner for writing “The Big Short,” is also a producer of HBO’s “Succession.” Bong has been vocal about not being able to fit every idea he wanted for “Parasite” into a two-hour theatrical release, so the filmmaker is using a TV adaptation to function as the six-hour movie he originally envisioned.

“There were so many stories that I thought of that could happen in between the sequences you see in the film, and some background stories for each character,” Bong said of expanding “Parasite” into a television series. “I really wanted to explore those ideas freely with a five-or six-hour film. You know, with Bergman’s ‘Fanny and Alexander,’ there’s a theatrical version and there’s a TV version. So with the TV series for ‘Parasite,’ I think we’ll be able to create a high-quality, expanded film.”

Bong even teased to The Wrap one of the expanded details that would be included in his “Parasite” series, saying, “When the original housekeeper Mun Gwang (Lee Jung Eun) comes back in the late night, something happened to her face. Even her husband asked about it, but she never answered. I know why she had the bruises on her face. I have a story for that, and aside from that, why does she know the existence of this bunker? What relationship does she have with that architect to know of this bunker? So I have all these hidden stories that I have stored.”

For now Bong is attached only as a producer on the “Parasite” television series and has not announced any plans to direct the project himself. It also has not been confirmed whether or not HBO’s “Parasite” will be a foreign-language series set in South Korea like the movie or an English-language version set in America or elsewhere.

As for Bong’s film career, the director has not announced a follow-up movie to “Parasite” but has made it clear he has a few ideas kicking around. Bong told press backstage at the Oscars following his Best Picture win, “I have to work, it’s my job. So I’ve been working for the past 20 years, and regardless what happened at Cannes and Oscars, I had been working on two projects before then, I’m continuing to work on them, nothing has changed because of these awards. One is in Korean and one is in English.”

Not much is known about the two film projects Bong is planning. The director told Variety last year that both films “are not big films” and he compared them to the scope of “Parasite” and “Mother.” Bong explained, “The Korean film is located in Seoul and has unique elements of horror and action. It’s difficult to define the genre of my films. The English project is a drama film based on a true event that happened in 2016. Of course I won’t know until I finish the script, but it has to be set half in the U.K. and half in the U.S.”

That’s about all Bong has revealed for now about his next two projects. The director also shared during his lengthy “Parasite” press tour some of the passion projects he wants to direct, one of which is “a moody noir in the vein of Orson Welles’ ‘Touch of Evil,’ set along the U.S. border with Mexico” (via Vanity Fair). Bong has cited “Touch of Evil” as one of the greatest films ever made. Bong also said he dreams of making a big action movie in the vein of the Steve McQueen-starring “The Great Escape.”

“I remember having cold sweats all over my body while watching it,” Bong told Vanity Fair about the film. “It’s a story about someone escaping the prison camps during World War II, but there’s a strange sense of romance in that film, and I would love to do something like that.”

One thing Bong won’t be doing after his Oscar wins is directing a Marvel movie. It’s likely Bong will be getting an influx of offers to direct an American studio film, but he’s not a big fan of superhero cinema. Bong dislikes characters that wear tight spandex, telling Variety last year it makes him uncomfortable and that he “can’t stand” the too-tight costumes. The director also doesn’t view himself as the kind of filmmaker to helm a Marvel movie.

“I don’t think Marvel would ever want a director like me,” Bong said on “The Big Ticket” podcast. “I don’t expect any offers from them anytime soon. Of their movies, I did enjoy the films by James Gunn and James Mangold’s ‘Logan,’ and I think there are great directors who can handle great projects like that. The film industry seems complicated, but I think it’s quite simple for directors. It’s just best to do what you’re good at. And so I don’t really think Marvel and I are suitable for each other. That’s something I just intuitively feel.”

Bong told IndieWire at the 2019 Toronto International Film Festival that whatever the future holds for him he is confident it’s something original. The director said he has gotten Hollywood offers before, most notably after the success of “The Host,” but he has no interest in directing franchise fare or sequels. Bong said he wants to keep modeling his career after Quentin Tarantino by prioritizing his original ideas and making original cinema. One thing is definite: After collecting four Academy Awards, Bong is staying busy and cinema and television will be all the better for it.

This Article is related to: Film and tagged Bong Joon-Ho, Oscars, Parasite