Produced by Will and Jada Pinkett Smith, Sony Pictures Classics will release the film on April 10. 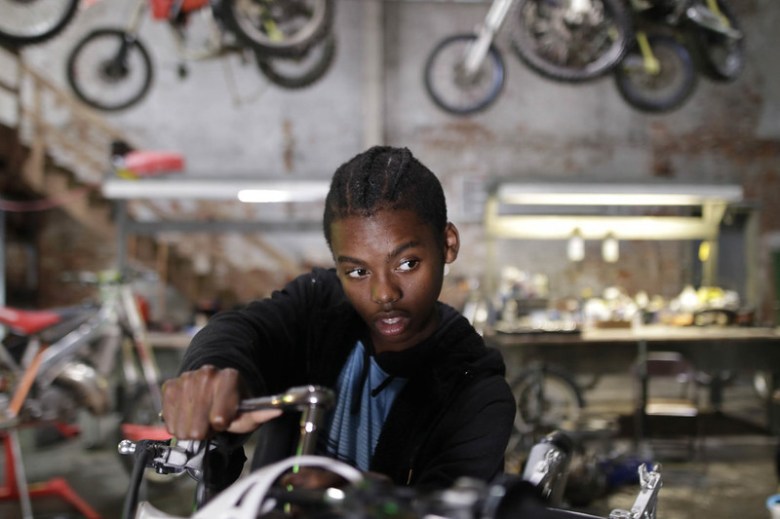 Angel Manuel Soto’s “Charm City Kings” is inspired by a story from Oscar winner Barry Jenkins, Kirk Sullivan, and Christopher M. Boyd — though the tale was largely reworked in the screenplay by Sherman Payne, who helped turn Lofty Nathan’s well-regarded documentary “12 O’Clock Boys” into a fresh feature film. The film made its world premiere at the 2020 Sundance Film Festival, where it won the Special Jury Award for Ensemble Cast, and was generally well-received by critics, scoring a current 86 percent rating on Rotten Tomatoes. The Baltimore-set drama, which is produced by Will and Jada Pinkett Smith’s Overbrook Entertainment, will hit theaters in April.

Starring an ensemble cast that includes Jahi Di’Allo Winston, Meek Mill, Will Catlett, and Teyonah Parris, the film’s official synopsis reads: “Growing up in West Baltimore, teenage Mouse (Winston) feels the fierce pull of different forces: Between notorious ex-con Blax (Mill) and concerned Detective Rivers (Catlett), and between the straight path set for Mouse by his concerned mother (Parris), and the dangers of gang life, which took his brother’s life. The one truth Mouse knows is that he loves the power, artistry and energy of ‘The Ride’ — the exhilarating motorized-dirt-bike scene that is both pastime and passion on the streets of Baltimore. During one eventful summer, Mouse steers his way through two father figures, a first girlfriend, the pull of illegal choices and the thrill of stunt-riding that makes him and his friends feel like Charm City kings.”

“Charm City” is a nickname for Baltimore put forth in the 1970s, when the city’s downtown area, the Inner Harbor, had been neglected and was occupied by a collection of abandoned warehouses. “Charm City” came from a 1975 meeting of advertisers seeking to improve the city’s reputation. Meanwhile, “The Ride” refers to a nightly summertime ritual during which the dirt bike crew called The Midnight Clique, who owns the streets, entertain fans and riders alike. Today, without any official bike parks, the riders and their revved-up ATVs and dirt bikes use the streets, as the police have a “no chase policy.”

“These kids just want the options to pursue their dreams, and the only things they do find is what is at the street corners,” said director Soto in an official statement. “If there’s something I’d like people to take away from the film, it’s that we can make things better for them and for all of us not by policing more or giving them harsh criminal penalties, but by making it easy for them to do what they love.”

At Sundance, IndieWire’s own Eric Kohn praised Winston’s “breakthrough performance,” describing the film as a “slick coming-of-age drama” that “captures the documentary’s spirit.” Sony Picture Classics acquired “Charm City Kings,” and has set an April 10 theatrical release for it. Watch the first official trailer for the film below.