Our favorite Navarro College stunters are (both) back on the mat this season, and closer friends than ever. 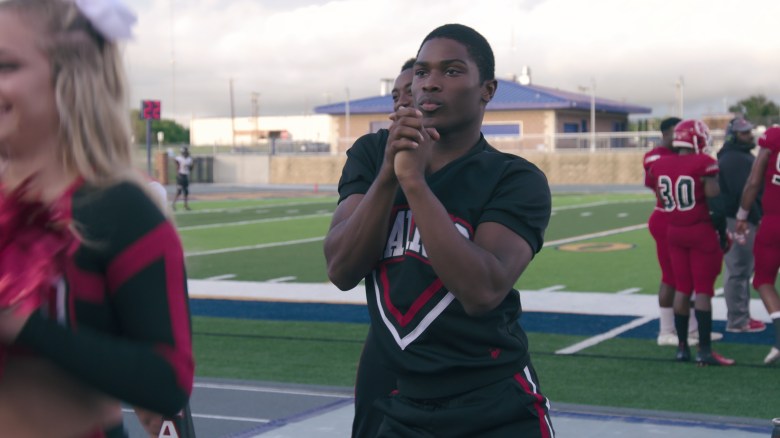 When “Cheer” premiered on Netflix last month, the documentary series was an instant — and somewhat unexpected — smash hit. It’s been called one of the greatest sports documentaries ever made, and shining a light on the incredible athleticism involved in the unfairly maligned sport. The image of Valley girls with pom-poms and ponytails very quickly dissipates as these fierce young competitors push through bruised ribs, dislocated elbows, and grueling late-night practices to compete at the highest level. Cheerleading — it turns out — is not for the faint of heart.

Created by Emmy-nominated documentarian Greg Whiteley, “Cheer” upends all expectations of a cheerleading documentary. Whatever you thought you knew about cheerleading, forget it. In addition to its gripping storytelling and a nail-biter of a finale, what makes “Cheer” so brilliant is the casting of the central characters. In his subtle but deliberate choice to focus on certain athletes, Whiteley purposefully highlights class differences in the prohibitively expensive sport, which requires private coaching at members-only clubs. This is most apparent in Lexi Brumback and Morgan Simianer’s storylines, who both freely admit that cheerleading saved their lives.

But the true breakout stars of “Cheer” are La’Darius Marshall and Jerry Harris, two dynamic best friends who have overcome unimaginable hurdles to achieve so much in their young lives. La’Darius is dripping in natural ability and talent, but his attitude gets in the way. Jerry, on the other hand, has to work twice as hard, but he is an angel fallen from heaven, spreading infectious joy and enthusiasm for the sport to all of his teammates. In one of the series’ most adorable interviews, La’Darius thanks Jerry for teaching him positivity, while Jerry says he looks up to La’Darius for his confidence.

IndieWire can happily report that this sweet friendship is still going strong, and both athletes made mat again this year, which is the cheerleading term for being first-string. The show has brought them even closer. 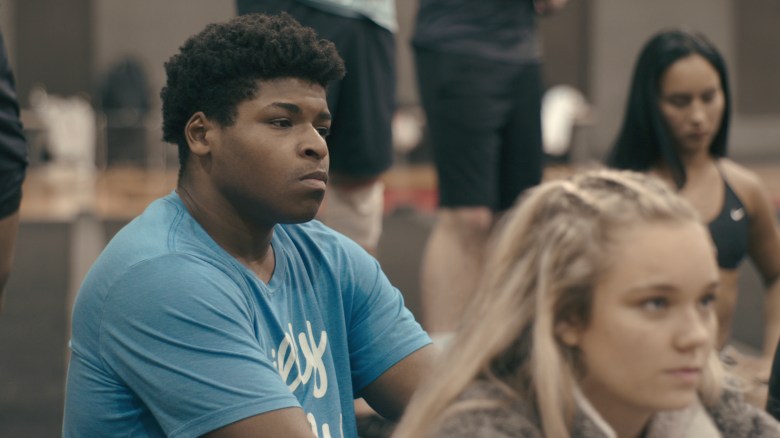 “He’s my best friend,” La’Darius told IndieWire during a recent phone interview. “We’ve gotten really close. In certain situations, we really were just bonding closer and closer and closer, like very early on.”

Life after their Netflix fame doesn’t feel so different, especially since both boys are back at Navarro for another season. They were back at practice, gearing up for yet another Daytona, home of the NCA College Nationals. They laugh wearily to admit that the new routine is even harder than the last, though La’Darius concedes it’s “more fun than last year.”

Although seeing themselves onscreen was fun, La’Darius was a little taken aback by his own attitude.

“I was like — ‘You need to definitely reflect on your life, because you look crazy in some parts,” he said. “So I did a lot of self reflection and just improvement on myself. I feel like the attitude was very quick, ready to pop off, and I felt like I needed to better myself in that aspect and learn to be a bigger person and not always react to everything.”

“I liked how real and honest it was,” Jerry added. “I liked how it gave me the emotion, I really enjoyed that. And I was surprised to learn more about my teammates.”

Both boys are refreshingly open and vulnerable on camera, sharing difficult childhood memories with a bravery and maturity well beyond their years. In the second to last episode, La’Darius opens up about being a survivor of childhood sexual abuse at the hands of an older boy.

“It took a lot of prep for myself mentally, and just talking to myself, like ‘OK, it’s OK if people know, you don’t have to hide it from everybody,” he said. He found the courage to speak out, he said, through the idea of being a role model to others who may have had similar experiences.

“Even though I was scared, I felt like it was a good time to be honest, because there’s other people that are going through stuff that I’m going through, or going through stuff that’s worse. And some people don’t have that strength or that power. They need to see it, they need to believe it,” he said. “I feel like God sent me for those people to show them — ‘Hey, you can go through something, but that doesn’t mean you have to let that define you for the rest of your life.'” 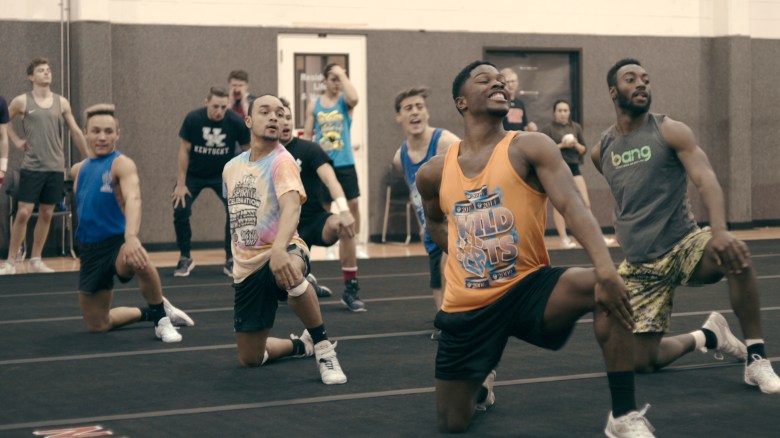 Jerry’s story is inspiring as well. Even after losing his mother to cancer, he never loses sight of his positive and joyful spirit.

“I stay positive even if I’ve been having a bad day,” Jerry said. “I don’t think I ever get frustrated. I take everything back into myself and if I feel like I’m not doing enough, then I just go that much harder to improve and get better.”

While Jerry may not have the most natural physique for cheerleading, he has trained long and hard to reach his fitness goals. His smile radiates as he sweats away on the Stairmaster hoping to lose fat while the rest of his teammates are lifting to build muscle. Jerry’s advice for people struggling to get in shape is pretty cut and dry: “They just have to self motivate, and if they have a goal they have to make it a point to reach their goal.”

The class issues at the center of “Cheer” provide some of the show’s most sobering moment, and La’Darius’ attitude towards those who had more opportunities than he did makes perfect sense when viewed through that lens.

“It is tough because you see a lot of talented cheerleaders and you’re like, ‘Girl, if I had half of the money you had, I would be even better than I am now,’ but they will never understand that because they’ve never been so low, like where me and Jerry have started,” La’Darius said.”They don’t understand what it takes to just really dig down deep and push yourself very very hard. When you have a goal to get out of something and it’s the last resort you have, you’re gonna work your butt off. So it’s different. The work ethic is different.”

On the bright side, both boys said that “Cheer” opened their teammates’ eyes to the differences in experience and where they come from, which has brought them closer as a team.

Still, La’Darius was quick to emphasize that he and Jerry remain the closest: “Oh period. We close. We always gonna be close. We family at this point.”

This Article is related to: Television and tagged Cheer, Documentaries, Netflix