As Russian journalists protest the film's psychological and sexual torture, director Ilya Khrzhanovskiy said he plans to fight the charges against him. 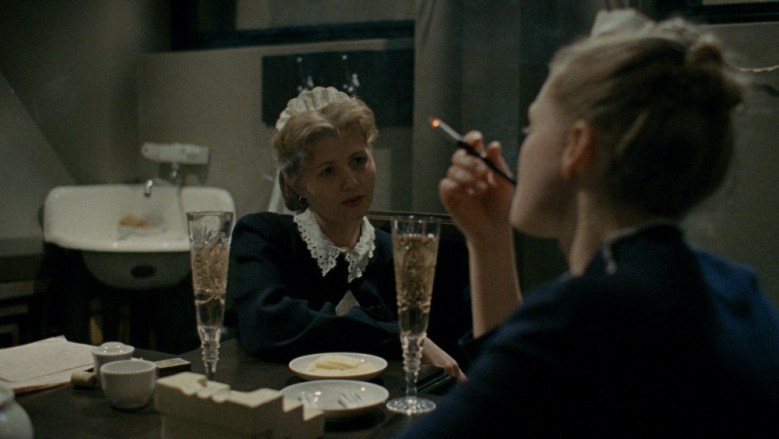 One of this year’s Berlinale selections has already sparked controversy as the festival comes to a close this weekend. “DAU. Natasha,” the sophomore feature from Russian director Ilya Khrzhanovskiy, is a harrowing film experiment in which the director built a vast 42,000-square-foot set in Kharkiv, Ukraine, and cast some 352,000 people to live 24 hours a day in a meticulous rendering of a Soviet science institute. Ordinary people are asked to live in full character and hold normal jobs — even if that means facing repercussions from authorities if they wander from their routine. The movie, which won a cinematography prize out of the Berlinale on Saturday, culminates in a queasy scene of sexual assault that has led a group of Russian journalists to question the ethics of including the drama at all among the competition titles. In tandem, the director is tangling in his own share of controversy over the ambitious film.

As reported by Variety, the journalists submitted an open letter to Berlinale creative director Carlo Chatrian and executive director Mariette Rissenbeek, working together on the German festival for the first time, expressing concern about the psychological and sexual tortures apparently involved in the movie — and especially at a moment when Harvey Weinstein has just been convicted of multiple sex-crime felonies.

“We are writing to you to register our deep concern about the ethics of including ‘Dau. Natasha’ in the main competition of the Berlinale. The circumstances of the film’s creation have been extensively covered in both domestic and foreign media, and made clearer still during a recent Berlinale Talents Q&A with the authors,” the letter, published Saturday on the feminist film website KKBBD.com, reads. (Read the full letter here.)

“Having watched only a part of the vast ‘Dau’ project, we are obligated to reserve our judgment of the project as a whole — but we are within our rights to discuss ‘Dau. Natasha,’ which is competing as an individual title,” the statement reads.

The letter arrived just ahead of today’s awards ceremony at the Berlin Film Festival. A followup film, “DAU. Degeneration,” premiered out of competition at Berlin this week, and that film features a scene where real-life Nazis are thrown into the mix of the cast and crew. The letter goes on to say, “Harvey Weinstein is found guilty of sex crimes, in an era marked by the struggle against the culture of violence and abuse in the film industry,” taking aim at a project wherein “by its own authors’ stark admission…contains scenes of real psychological and physical violence against non-professional actors… In the festival directors’ opinion, would such a film be possible to exhibit if it were created in the so-called First World — for instance, Germany, France, the U.K. or the U.S. — and used on-screen talent from these countries?”

Meanwhile, “DAU. Natasha” has also become the target of Russia itself, with the country’s ministry of culture reportedly condemning the film as pornographic propaganda — the film features unsimulated sex acts.  Khrzhanovskiy denies this assessment of his project.

“Nothing about this surprised [me] except that it could be a criminal case,” Khrzhanovskiy told IndieWire in Berlin. “If you make the charge [of] pornography, it’s just an invitation [to court]. If you make it propaganda and pornography, then it’s a crime. That’s two years in jail. I applied for 10 movies. I didn’t even apply for ‘Natasha.’ It’s exciting.”

Khrzhanovskiy is optimistic that his film could incite a sea change in terms of what movies are shown in Russia, which is notoriously hard on anti-establishment stories. “I’m sure this will be shown in Russia at some point, because it’s definitely not about pornography or violence. These sexual or violent elements exist in the films but they are not the key elements. They just exist as part of stories about human fragility,” he said.

In response to Russia’s charges, Khrzhanovskiy said he plans to sue the state. “Russia is a major country and maybe they resist this but maybe not, because in these movies, there is nothing against Putin or something like that. It’s about human nature and it’s stupid not to give people the possibility to watch it.”

This Article is related to: Film and tagged Berlinale, Dau. Natasha