Following years of research involving 600 films and 700 TV series, director Sam Feder and editor Stacy Goldate had to shape the story they wanted to tell 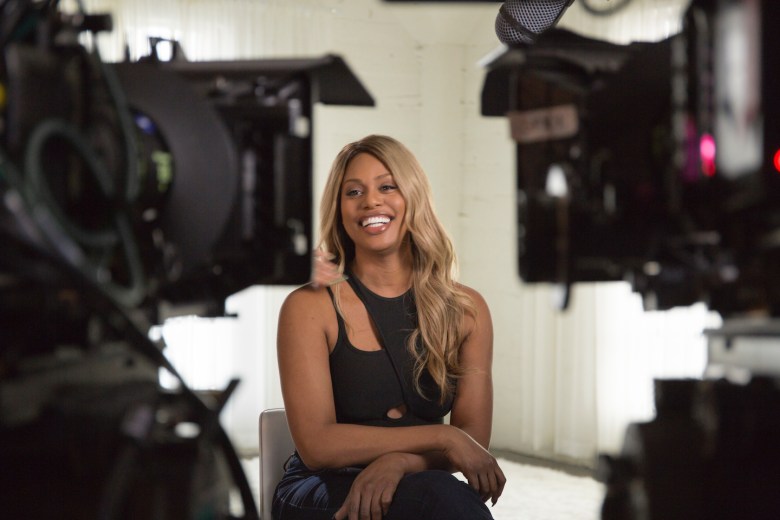 Editor’s Note: This article is presented by Adobe. Adobe is committed to celebrating creativity for all and empowering everyone to bring their stories to life. That’s why Adobe is thrilled to spotlight “Disclosure,” an in-depth exploration of trans representation featuring interviews with leading trans thinkers. By creating greater opportunity for all voices, we can empower change in our communities and move the world forward.

When assembling the footage for “Disclosure: Trans Lives on Screen,” director Sam Feder and editor Stacy Goldate knew they were dealing with something big. The film, which played in the Documentary Premieres section of this year’s Sundance Film Festival, represents the first major chronicle of transgender narratives in film and television, weaving archival clips — some from the earliest days of cinema — with personal reflections from luminaries like Laverne Cox, Yance Ford, and Jen Richards. With careful research and insightful editing, Feder and Goldate have crafted an unprecedented exploration of trans narratives onscreen, and the result is a wake-up call.

How did you tackle your research for this film?

Sam Feder: The most challenging part of this project, and the most rewarding part, was that primary documentation didn’t exist. There was no book or film on this. I spent years on research before sharing it with Laverne Cox, who had a ton to add. We ended up with over 600 film titles and over 700 television titles, and we went through them all, familiarizing ourselves and finding the overlaps and touchstones. I consider all of our talent creative consultants, because they were crucial in building a collective memory.

Stacy, how did you begin your collaboration with Sam?

Stacy Goldate: No matter who you are as an editor, a project like this, one that can make a real impact — you’re lucky if it comes around once in your career. If there was anything that I could do as an ally, I wanted to help. When I worked on past archival projects like “The Nineties,” it was exciting to study my craft through an editorial lens. Sifting through film or television history allows you to see repetitions and make connections. For instance in comedy, there’s always the door opening. That’s the entrance. But it takes on a whole new meaning when it’s a man entering in a wig.

In my editing process, I like to have distance, where all I have to work with is what’s captured in the frame. I don’t want to know what happened two seconds before the camera was rolling or two seconds after. That allows me to have a relationship with the footage as it’s there, and to meet the interviewees as they are in conversation with Sam. At the end of every edit day, I would take what we called night notes. I would write almost a journal entry, recording anything that gave me that little feeling in my chest, or made me angry or sad or laugh. Then I raised those moments in dialogue with Sam.

How did you approach organizing the footage?

Stacy: From the beginning, we asked the question: Will people bump on this if we’re not telling this story chronologically, or should we organize it thematically? I think from a practical, editorial sense, chronology is tricky. If you have something happening in early cinema that’s making fun, and then a similar image comes back later, you’re going to have a lot of repetition. It starts to feel less like a story and more like a historical survey. You want there to be a build, and for people to be able to see the connections.

Sam: We were also basing the film in the experiences of the talent who were interviewed, and I really wanted the story to follow an organic memory flow. The reality of these stories is that they’re not chronological. The images are incessant. They repeat over and over, and then circle back later and reappear looking a little different. Stacy is really meticulous, and only after watching everything did she create these brilliant pods that were completely thematically reflective of my interviews.

How long have you been working with Adobe Premiere Pro, and how does it help your process?

Stacy: This was my second project on Adobe Premiere Pro. I think this is a great film to showcase Adobe, because I was dealing with so many ideas that needed organizing. Sam had structured each interview with his questions, and in my process in Premiere, I needed to mirror that. I found that Premiere is great for organizing because of its marking system. Something that’s really special is that, when you make a marker, there are two columns — basically a subject and then a description. So as themes would recur, I would write in “social order” or “history” or “visibility,” and then also add a more specific description. Later, when it came time to organize bite maps, I could easily pull everything about “visibility” to add to a map.

On Premiere, you can also color your different interviews, which helped me balance different voices and remember who was talking at which time. I’d say, ‘Oh, I haven’t seen blue in awhile, I’ll bring them back in here.’ You can read your timeline really cleanly that way, which also helped Sam when he was working remotely. Somebody once told me that your timeline is like sheet music. I’m not a musician, but I like to think of myself as a composer. In my heart it’s music.