Hernandez’s hiring has personal reverberations for this site, but it also speaks to the significance of the festival in the New York film community over the last several decades. 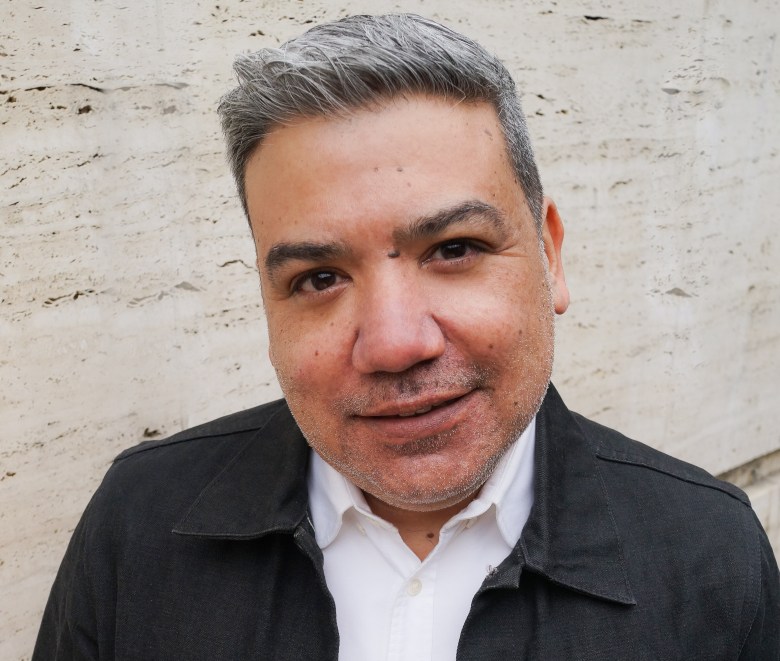 Film at Lincoln Center has appointed the new director of the New York Film Festival, and his name is familiar to longtime readers of this site. IndieWire co-founder Eugene Hernandez will take over the prestigious fall gathering, marking a significant shift in the festival’s nearly 60-year history.

Hernandez’s new job has personal reverberations for IndieWire, which traces some of its roots to the festival. Even the prospect of interviewing the new festival director creates a potential conflict of interest for this writer, who — full disclosure! — worked for him during his last three years as editor of the site.

At the same time, it would be disingenuous not to acknowledge the connection: Hernandez’s trajectory from new-media journalist to his current promotion reflects the recent history of New York film culture, a unique community that has grown up in tandem with IndieWire itself.

A native of Indio, Calif. who moved to New York after attending UCLA film school in the early ‘90s, Hernandez first attended NYFF for the premiere of “Pulp Fiction” in 1994 (a legendary evening in which an audience member had a stroke during the infamous needle-in-the-chest scene). Less than a year later, he and several peers launched iLINE, the original online network for filmmakers and industry insiders, which eventually evolved into IndieWire at the Sundance Film Festival.

“We focused on the two festivals that were most meaningful to us at the time, Sundance and New York Film Festival,” Hernandez told me a day before the announcement of his new position, during a conversation at Film at Lincoln Center. “But New York Film Festival was our hometown festival. You didn’t have to travel to experience it.”

Hernandez and Tim LaTorre first developed the concept for iLINE at the Walter Reade Theatre while attending a seminar on sound design in early 1995. IndieWire launched as a website and newsletter the following year at Sundance, but its headquarters were in New York. That fall, NYFF opened with Mike Leigh’s “Secrets & Lies,” and IndieWire hosted an online chat at the opening-night party.

“We set up a little table and a laptop connecting via a telephone line,” Hernandez said. “People could log in and ask questions. We were describing what was happening, bringing filmmakers over.” 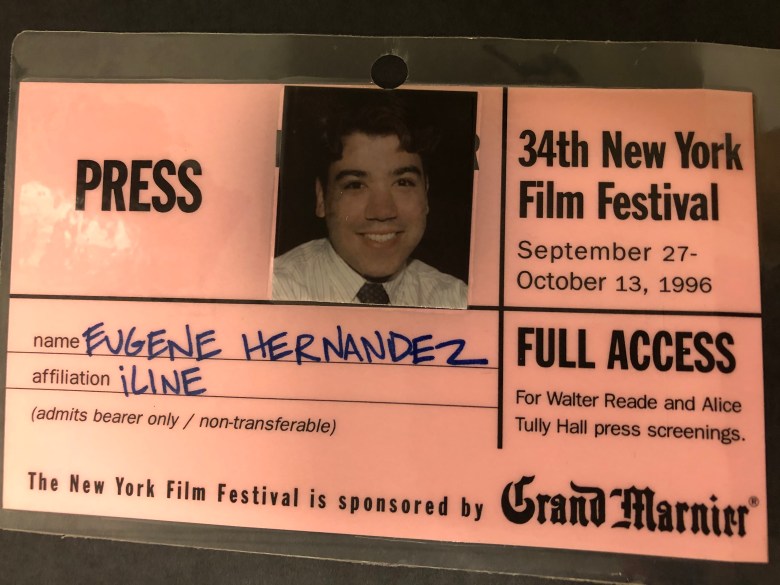 Hernandez’s first press badge for NYFF during the 1996 festival. iLINE was the prototype for IndieWire.

It was a turning point for the site, and a nascent moment for online publishing in general. “[NYFF] took us seriously,” Hernandez said. It also created a foundation for the community that IndieWire would cover.

“At Sundance, you would meet all these filmmakers, but there was nothing to bind you together after the festival,” Hernandez said. “After the first year, we met all these really cool filmmakers — we got to know Robert Rodriguez really well — and then you would just leave. We thought maybe there was a way using America Online at the time, and then using a website, to create a way using email and online technology to actually stay connected after the festival was over.”

Hernandez will be only the fourth person to hold the top position at NYFF since it launched in 1963, and the first person of color. He replaces outgoing festival director Kent Jones, a veteran critic who left the job to pursue a career in filmmaking following his well-received narrative debut “Diane” last year.

Founded by festival director Amos Vogel and director of programming Richard Roud, NYFF was then only the second film festival in the United States. Roud was replaced by director of programming Richard Peña, who held the position for 25 years. When Jones became festival director in 2012, Film at Lincoln Center (then called the Film Society of Lincoln Center) separated the role from the position of year-round programmer, hiring Lim.

Hernandez joined Film at Lincoln Center in 2010. As festival director, he will continue many of his responsibilities at the organization, serving as publisher at Film Comment and overseeing several educational initiatives. He will develop a new selection committee for the festival, to be announced in the spring.

Prior to Jones’ era, NYFF programming involved a revolving team of critics who did not work for the institution full time. Since then, only a small team of staffers selected the films. While Hernandez will participate in the selection committee and Lim will oversee it, returning to the old model with a revolving set of contributors suggests that NYFF will open to a wider set of interests.

“One thing we’re talking about a lot is how to open up the group to include more voices,” Hernandez said. “It’s about who’s part of the conversation. We are a very different festival than the Cannes in the size of our program, its goals, and the audience we aim to engage.”

“The festival is a big event in our organization, and Eugene has been a big part of forecasting what the festival should be,” she said in an interview at the Elinor Bunin Munroe Film Center. “We needed someone who had a job that was bigger than the programming. We really needed someone who had a strategic leadership role. His connections to the industry and filmmakers is extraordinary.”

Hernandez, who still lives in the same Hell’s Kitchen apartment building that he moved into when he came to New York, characterized his relationship to NYFF as a key factor that informed his evolution as a cinephile.

“People talk about the ‘60s and the ‘70s as this great cinematic moment in New York, but I think what happened decades later was that the festival became a foundation for so many young cinephiles,” he said.

Hernandez’s peers know his auteur fixations — Pedro Almodovar is a big one, though these days he’s singing the praises of Kelly Reichardt and Agnes Varda — but he’s also an open-minded enthusiast open to a broad range of sensibilities. He’s also an idealist, less inclined toward taking sides in a debate than hearing all of them out, which stands in contrast to the idiosyncratic mentalities of various critics who have long defined the festival’s reputation.

During his time at UCLA, Hernandez developed a fascination for American directors ranging from David Lynch to Quentin Tarantino and Todd Haynes, but watching movies at NYFF enhanced his global perspective. “Richard Peña was my de facto teacher because he presented such an incredible range of international cinema.”

Hernandez recalled how Peña’s programing introduced him to internationally revered auteurs such as Wong Kar-wai — the subject of a new retrospective at Film at Lincoln Center this summer — and Pedro Almodovar. “That was a turning point,” he said. “I saw the same kind of energy I was feeling for American film happening in places around the world. It was a transformational moment for me to experience movies from all over the place.”

He added that IndieWire’s legitimization by NYFF informed his relationship to the festival. “Andy Warhol joked that he created Interview magazine just so he could attend the press screenings at the NYFF,” he said. “I didn’t know that when we created IndieWire, but it speaks to something we still think about — we continue to invite and engage new critics, programmers, artists, and others. This organization has always been open and seen as its mission to invite new audiences to the festival.”

This Article is related to: Film and tagged Eugene Hernandez, film festivals, NYFF