The gang is headed back to Stage 24 for an unscripted special, just in time for the classic series' debut on HBO Max. 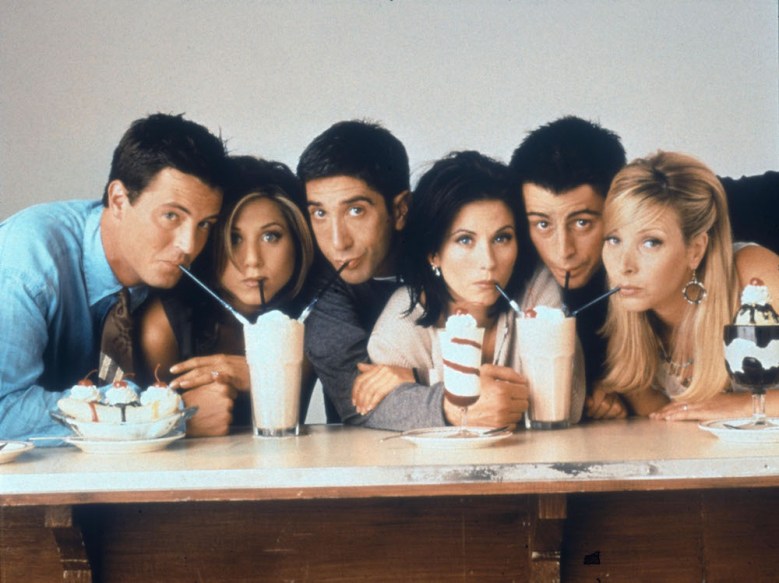 Ten seasons, 236 episodes, and more than 15 years since it ended, “Friends” is the gift that keeps on giving. As announced Friday afternoon by HBO Max and WarnerMedia, the iconic series — that just celebrated its 25th anniversary last year — will return as an untitled, unscripted reunion special for HBO Max, WarnerMedia’s upcoming streaming platform launching in May 2020.

And the gang’s all here! Jennifer Aniston, Courteney Cox, Lisa Kudrow, Matt LeBlanc, Matthew Perry, and David Schwimmer will return to the show’s original soundstage, Stage 24, on the Warner Bros. Studio lot in Burbank to revisit the NBC sitcom. The special, along with all 10 seasons of the series, will debut exclusively on HBO Max, the new streaming home for “Friends,” which Netflix dropped in late 2019 after a five-year run.

“Guess you could call this the one where they all got back together — we are reuniting with David, Jennifer, Courteney, Matt, Lisa, and Matthew for an HBO Max special that will be programmed alongside the entire Friends library,” said Kevin Reilly, chief content officer, HBO Max and president, TBS, TNT, and truTV, in a statement. “I became aware of Friends when it was in the very early stages of development and then had the opportunity to work on the series many years later and have delighted in seeing it catch on with viewers generation after generation. It taps into an era when friends — and audiences — gathered together in real time and we think this reunion special will capture that spirit, uniting original and new fans.”

The total spent on talent for the reunion special, Deadline reported, could be $20 million, as each of the in-demand cast members now come with a hefty price tag. Ben Winston will direct the special and will executive produce along with “Friends” executive producers Kevin Bright, Marta Kauffman, and David Crane. The special hails from Warner Bros. Unscripted & Alternative Television and Fulwell 73 Productions. Aniston, Cox, Kudrow, LeBlanc, Perry, and Schwimmer will also executive produce the special. Emma Conway and James Longman are co-executive producers.

While the beloved NBC sitcom is in the meantime adrift without a streaming home, no matter: As reported by Variety, DVD and digital sales have already skyrocketed this year as fans eagerly await the series’ return to streaming. Warner Bros. continues to drive physical and digital sales of the sitcom via its updated website, which tells fans suffering post-Netflix-partum depression where to buy the series. And like the rumored budget for the upcoming reunion, shelling out for a physical or digital copy of “Friends” isn’t cheap. Apple is offering the entire series for $139.99, while Blu-ray copies of “Friends” could set you back just short of $100.

But if you haven’t cut the cord yet, WarnerMedia-owned TBS recently announced that for the next four weeks every episode of “Friends” will air on TBS and livestream on the TBS app, weekdays from 10:00 a.m. – 4:00 p.m.

This Article is related to: Television and tagged Friends, HBO Max, TV News