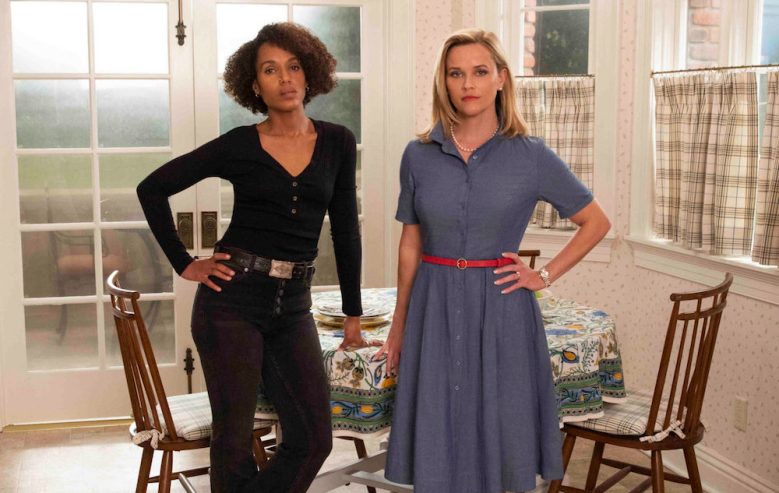 The roof — and also, the entire house — is on fire.

Hulu released the official full-length trailer for its upcoming eight-episode limited series, “Little Fires Everywhere.” And as said trailer suggests, you oughta know that the little fires aren’t just the ones that set a family’s home ablaze: Sometimes they’re also the friends we made along the way. Based on Celeste Ng’s 2017 bestseller of the same name, “Little Fires Everywhere” stars Reese Witherspoon and Kerry Washington as the respective matriarchs of the picture-perfect Richardson and enigmatic Warren families.

The trailer opens with the image of the Richardson’s Shaker Heights family home destroyed by the literal fire, with Elena (Witherspoon) voiceovering about how she “always had the best intentions” and being asked if she knows anyone who would do this. What follows is a look back at the events leading up to the fire, with Elena renting a house to artist Mia (Kerry Washington) and her daughter Pearl (Lexi Underwood) and soon inviting Mia to work in her own home and become part of her family’s lives, to the chagrin of Elena’s husband Bill (Joshua Jackson).

“It is a beautiful thing to know that your actions can affect another person’s life,” Elena tells her family. But as the trailer reveals, that doesn’t necessarily mean that’s for the best. Instead, her good intentions pave a road to a fiery demise — set to a remix of Alanis Morisette’s “You Oughta Know” — and a tale of two very different mothers. “All mothers struggle.” Mia says. “Money hides it, but you can’t put a price on a mother’s love.” Which, surely, only makes the image of Pearl eventually reaching out to Elena for comfort — and calling out her mother for constantly lying to her — burn a bit.

A story about the weight of secrets, the nature of art and identity, the ferocious pull of motherhood, and the danger in believing that following the rules can avert disaster, the first three episodes of “Little Fires Everywhere” will be released on Hulu on Wednesday, March 18, before releasing single episodes on a weekly schedule.