Sophia Lillis anchors this Netflix series, one that wisely steers away from its sci-fi DNA to find the relatable human elements underneath. 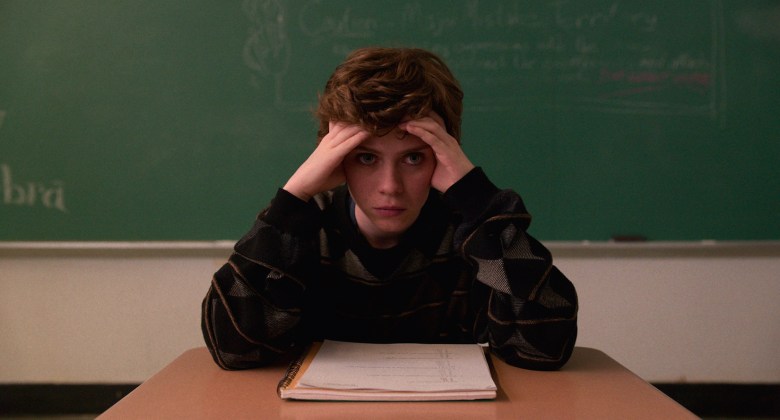 Leave it to a show about emergent supernatural abilities to be a perfect case study in calibration. “I Am Not Okay With This,” the latest Netflix adaptation of a Charles Forsman graphic novel, finds its protagonist Syd Novak (Sophia Lillis) beset by an unexpected, increasingly inconvenient bout of telekinesis. Rather than use this template for a story that escalates to city-toppling mayhem by the end of its opening season, these seven episodes track the evolution of Syd as a person rather than merely extrapolate the things she can’t control.

Even though Syd is introduced covered in blood, wandering dazed down the middle of the street, “I Am Not Okay With This” finds an effective build-in charting the course to get to that point. After an opening episode that threatens to buckle under some of the oppressive nihilism that often plagues “The End of the F***ing World” (also based on a Forsman comic), Syd’s pivotal discovery helps introduce an odd, unexpected series of events that still preserve some level of warmth, even with the encroaching darkness.

Trying to keep her emotions in check and (mostly) succeeding, Syd looks to friends old and new for a much-needed respite. Longtime confidant Dina (Sofia Bryant) is easing further away from the friendship the two once had, while the eclectic Stanley Barber (Wyatt Oleff) introduces a few new hobbies in addition to an attentive ear. Syd’s home life is a similar mixed bag. She and her mother Maggie (Kathleen Rose Perkins) have had a strained relationship since the death of Syd’s father, while little brother Liam (Aidan Wojtak-Hissong) is the ideal starry-eyed foil to help temper the harsh realities thrust upon Syd on a near-daily basis.

Not wanting to confine Syd’s power to a particular metaphorical bin, “I Am Not Okay With This” shows how it dovetails with other significant developments in her life. Engaging with her feelings, her body, and her mental health, there isn’t an easy stand-in for the ways that Syd is affecting those around her. All of these add up to show how Syd embodies one of the most relatable dilemmas of this or any other time: In a world where it’s easy to slide into the belief that it’s impossible for others to relate to your own problems, how do you find ways to help relieve that burden when you’re convinced you’re going through something truly unbelievable? 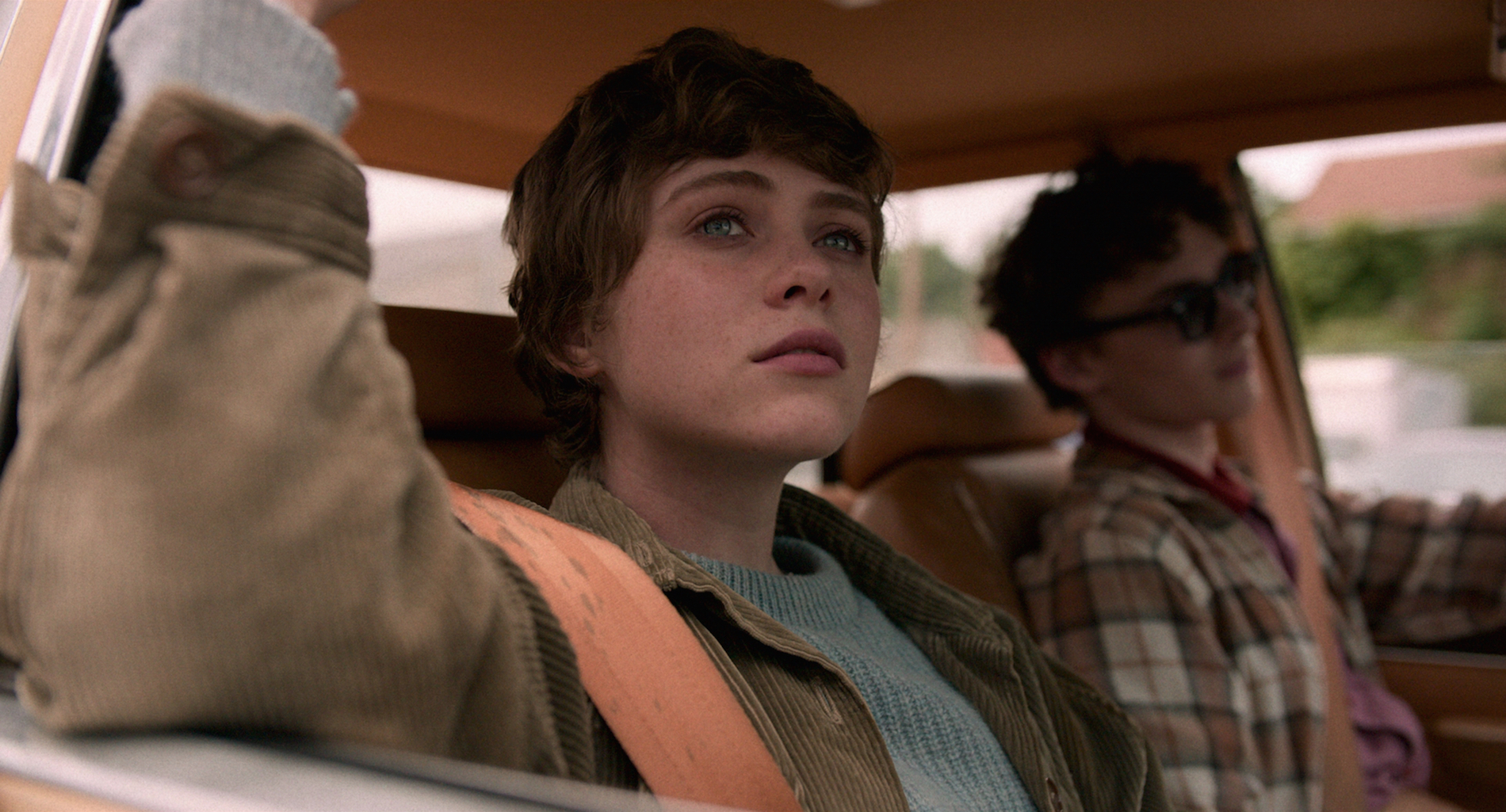 Just thinking about the potential for disaster sometimes sets Syd on a path to manifesting calamity, and such internal struggles become a wicked engine of “I Am Not Okay With This.” Each brewing anxiety attack comes accompanied with past failures and shortcomings — moments Syd would rather have back. Those memory flashes that come before each potential incident are reminders that the show is spreading out Syd’s development, stacking up each new escalation instead of throwing her in the deep end and losing sight of why she still matters.

Series co-creators Christy Hall and Jonathan Entwistle take Forsman’s story and make sure Syd’s shifting energies are aligned with the show’s. As series director, Entwistle also stages Syd’s unexpected displays of ability in a way that doesn’t over-sensationalize them. From the outset, Syd is shaken by what she gradually realizes she’s been causing. As the aftermath of those events continue to spread, it’s presented in a way proportional to Syd’s inability to handle them.

Hall and Entwistle also give Lillis center stage, and between this, “Sharp Objects,” and “It,” she’s proven more than comfortable in the spotlight. There are points where Lillis is able to wordlessly express just the right mixture of awe and terror at Syd’s newfound abilities, making the diary voiceover nearly redundant. As the show’s emotional swings match Syd’s various states, Lillis provides the necessary bridge between them. Even in Syd’s moment of contentment, there’s a recognizable bit of trepidation. Her fear at what’s happening around her is coupled with the lingering heightened emotion that helped bring it about.

Where recent Netflix offerings have used cultural touchstones as frequent reference points (especially those from a particular decade), “I Am Not Okay With This” seems less manufactured by a recommendation engine than informed by one. Like last year’s “Daybreak,” another Netflix show with teenage protagonists and a razor-thin tonal margin of error, it owns its influences. When a few of the kids at Syd’s high school land in detention, it draws on a “Breakfast Club”-esque setup before plotting its own course. The closer the show gets to catching up with its in medias res opening, another four-decade-old high-school story becomes even more pertinent. 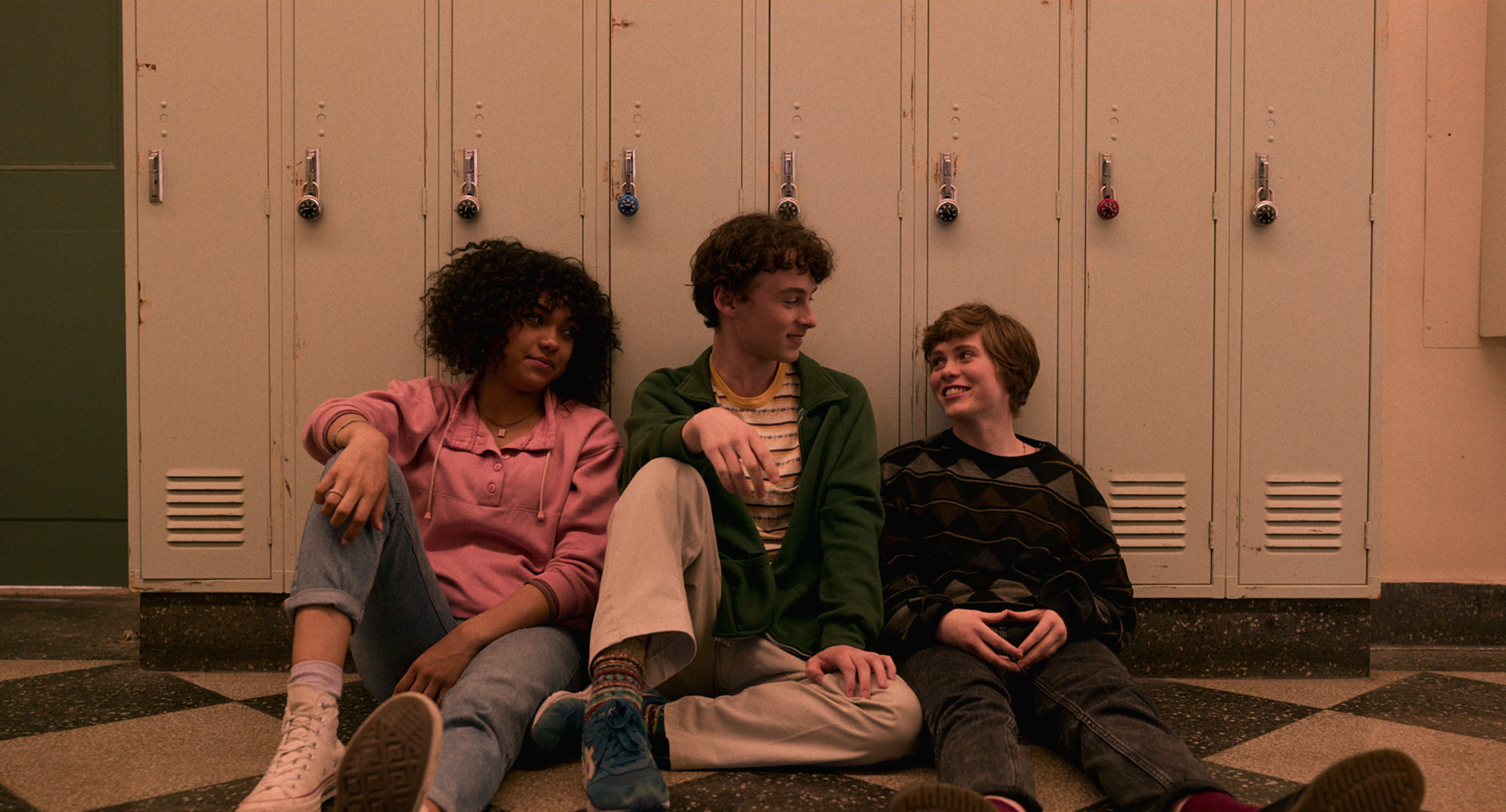 And yes, Syd is a short-haired teenager whose emotional state sometimes sends objects hurtling through space. But her story feels far closer in spirit to something like YouTube Premium’s “Impulse,” a show that found its greatest strength in looking at the personal-scale, day-to-day logistics of reckoning with both lived and anticipated trauma.

Part of what helps “I Am Not Okay With This” establish its own emotional framework is the show’s soundtrack. Pulling across genres, music supervisor Nora Felder (who also works on “Stranger Things” and has also overseen some incredible musical moments on FX’s “Better Things”) helps to channel all of Syd’s simmering rage and uncertainty into cues that nestle into the show’s overall fabric, sparingly leaning on the hits.

The rest of Syd’s schoolmates might be the closest that “I Am Not Okay With This” skews toward simple genre shorthand. (You’ll never guess it, but it turns out the football jocks aren’t the nicest people!) However, the closer the show gets to Syd’s inner circle, there’s a greater ease in letting these individuals stand out. Stan threads the needle between friend, impediment, and admirer largely due to how Oleff never lets him feel like a stock character. In the rare moments when Syd, Dina, and Stan get the chance to operate as a group, there’s a glimmer of what the show could be if it moves beyond these first seven chapters.

Even when they’re split apart, “I Am Not Okay With This” exists in a comfortable cross-section of pace and scope that gives Syd’s story the breathing room it needs. Thin at times, but never losing sight of its hook, it avoids many of the pitfalls that its premise could present. By the time this season’s final surprise arrives, the show has set up the audience to care more about who Syd is than what she can do. With stories like this, that’s not always true.

“I Am Not Okay With This” is now available to stream on Netflix.

This Article is related to: Television and tagged i am not okay with this, Netflix, Sophia Lillis, TV Reviews