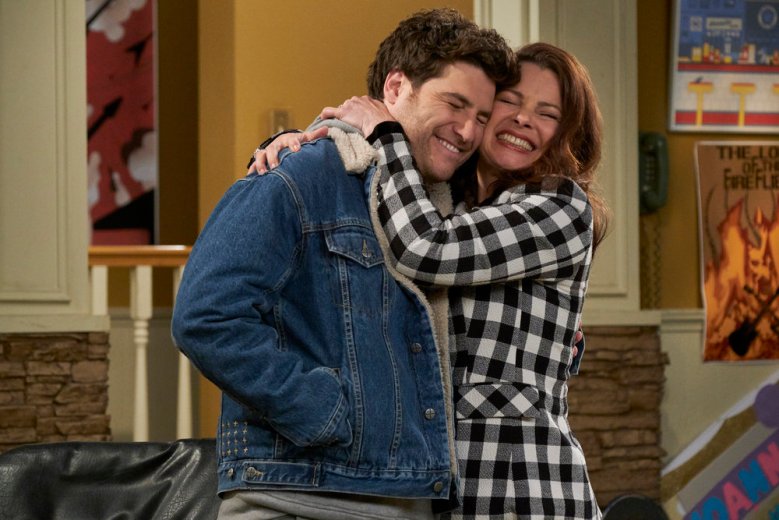 With a familiar premise and old-fashioned aesthetic, “Indebted” isn’t trying to break new ground in the comedy world. It’s not NBC’s next “Good Place,” pushing creative storytelling to heavenly heights, or even another savvy, single-cam workplace sitcom like “Superstore.” No, this family’s dysfunctional hijinks earn canned audience laughter for easy cracks about invasive in-laws misusing Facebook and dumb kids who think picking a banana is the same as building a robot. (That banana thing is weird, sure, but not inspired.) “Indebted” quickly accepts its place among the oh-so-typical multi-cam ranks, but it never embraces those roots. While the cast is solid and some wrinkles could be ironed out with time (like chemistry, pacing, and joke construction), too much of “Indebted” feels like it’s barely trying to be an average sitcom, let alone a great one.

Disinterest lingers over a very conventional pilot, creating an odd mixture of over-polished structure and under-executed delivery. Dave (Adam Pally, always a treat) and Rebecca (former “SNL” star Abby Elliott) are two new parents who’ve just gotten through those exhausting early years of raising a baby. With their kids entering school, the couple is looking forward to reclaiming their house first (Dave tries and fails to use the KonMari method), and then their lives.

So, of course, in come the in-laws to dash their dreams of freedom. Debbie (Fran Drescher) and Stu (Steven Weber) casually inform their son and daughter-in-law that they’re broke. Stu’s “as seen on TV” business went sideways, “forcing” him to cut the family’s health insurance plan right before Debbie had very expensive knee surgery. Beyond those understandable expenses, the two grandparents are also comically irresponsible with their money — well, they’re supposed to be comically irresponsible. They go on vacation because their money troubles are stressing them out; they donate to a Facebook fundraising video when they need to be fundraising themselves; they’re sent out to buy candy for the kids and come back with two piñatas for an impromptu party.

A few of those jokes land, largely because of the innate charms of the cast. Pally is the quintessential sitcom goofball; he can go from zero to shouting without losing an ounce of his sweet-natured self, and his reactions range from exaggerated hilarity to nearly imperceptible slyness. But when his onscreen son swings his bat and Pally walks into the blast, it can be painful to watch — both because, as intended, he sells the physical comedy, but also because it’s a predictable and poorly staged gag. Similar praise be handed to Drescher and Weber — the ex-“Nanny” usually wins you over with unique vocal choices, while the “Wings” veteran balances blissfully ignorant moments with wise dad vibes as only he can — but there’s only so much the cast can do to save each scene. 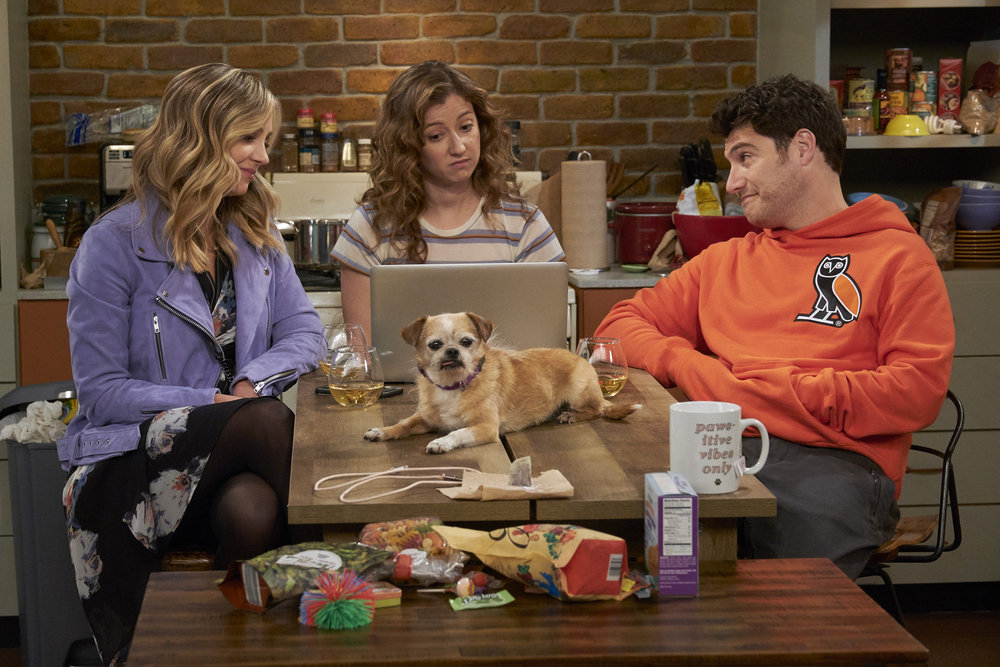 Too many blocking and editing errors mess up the comedic timing, while plenty of non-joke jokes litter the 23-minute episodes. Multiple times, the live audience laughter is amped up when one of the parents makes a simple statement about having sex or spoiling a TV show. The implication is that it must be funny because… they’re… old? Tightening the rapport between characters can take time with a new sitcom, but one would think creator/writer Dan Levy and executive producers Doug Robinson and David Guarascio could’ve addressed the scarcity of punchlines from the start.

By the time the first half-hour is up, Debbie and Stu are, of course, living with Dave and Rebecca. As they wait for their son to remodel their house and sell it, there will be plenty of time for generational arguments and family tomfoolery: The kids are suddenly taking care of the parents, but the parents are still taking care of the kids — and their kids’ kids! As many times as we’ve seen this type of show before, there’s no point in slighting “Indebted” for relying on the sitcom foundation set by so many genre staples, from “Everybody Loves Raymond” to “Mom.” But the lack of specificity looks to doom this latest iteration to obscurity.

It’s not just that each A- and B-plot unravels without many surprises, but individual jokes aren’t honed for maximum impact. When Stu’s daughter Joanna says she doesn’t need her dad’s dating advice, Stu says, “Why ask for my help? I’ve only been sexually active for 40-plus years!” It’s the last “joke” of the scene, and the humor is built on a) Stu being an old man who still thinks of himself as a sexual being (sigh), and b) Stu’s indignation over his years of experience being ignored by his daughter. But wouldn’t it be funnier if Stu’s outrage was more focused? This is going for a tiny laugh, but there would still be more of a laugh if Stu says he’s been sexually active “for 47 years” instead of “40-plus”? He knows when he first had sex, and Stu doing the mental math in that moment would emphasize the passionate reaction meant to get a chuckle.

Instead, the comedic and emotional beats are largely rounded over in favor of getting on with the plot. Joanna asks for his help at the drop of a hat, and Stu forgives his daughter in the blink of an eye. There’s no spirit behind any dispute, major or minor, and that keeps the audience at a distance; characters feel like archetypes instead of real people, and the lack of honed humor doubles down on the disconnect. After three episodes, there’s plenty of room for improvement and plenty of time to improve, but it’ll take a big renovation to whip “Indebted” into shape, and it may not be worth the investment.