Jeremy Irons is serving as the president of the Berlin International Film Festival jury. 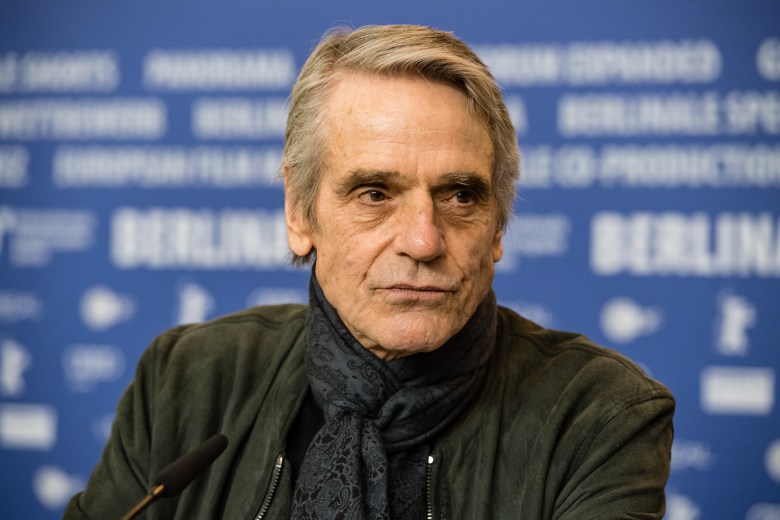 The 2020 Berlin International Film Festival got underway this morning with competition jury president Jeremy Irons confronting some of the more controversial comments he’s made in the past in regards to abortion, gay marriage, and sexual harassment. Irons is leading this year’s jury alongside such names as actress Bérénice Bejo and filmmakers Kenneth Lonergan and Kleber Mendonça Filho. Irons started the jury press conference by bringing up the comments from his past, many of which resurfaced in the lead up to Berlinale. German press criticized the festival for naming Irons the president of the jury. The actor told press, “I wish I didn’t have to take up time with this, but I don’t want it to continue as a distraction to the Berlinale.”

In a 2011 interview with Radio Times, Irons was commenting on sexual harassment and was quoted as saying, “If a man puts his hand on a woman’s bottom, any woman worth her salt can deal with it. It’s communication. Can’t we be friendly?” The actor also defended the Church’s right to call abortion a sin. Another point of controversy came from Irons’ 2013 interview with HuffPo in which he said that legalizing gay marriage could result in fathers marrying their sons in order to avoid inheritance taxes. Irons’ anti-abortion comments are relevant to Berlin as Eliza Hittman’s abortion drama “Never Rarely Sometimes Always” is playing in competition.

“Let me make my views this morning entirely clear on these particular subjects once and for all,” Irons told journalists (via Variety). “Firstly, I support wholeheartedly the global movement to address the inequality of women’s rights, and to protect them from abusive, damaging, and disrespectful harassment, both at home and in the workplace. Secondly, I applaud the legislation of same-sex marriage, wherever it has been attained, and I hope that such enlightened legislation will continue to spread into more and more societies. And thirdly, I support wholeheartedly the right of women to have an abortion, should they so decide.”

Irons continued, “These three human rights are, I believe, essential steps toward a civilized and humane society, for which we should all continue to strive. There are many parts of the world where these rights do not yet exist, where such ways of living lead to imprisonment, and even to death. I hope that some of the films we will be watching will address these problems, among many others we face in our world, and I look forward to watching films in this year’s Berlinale which will provoke us to question attitudes, prejudices, and worldwide perceptions of life as we know it. I hope that’s put my past comments to bed.”