Richard Brody's review of "A Quiet Place" in The New Yorker compared it to the whiteness of “Three Billboards Outside Ebbing, Missouri.” 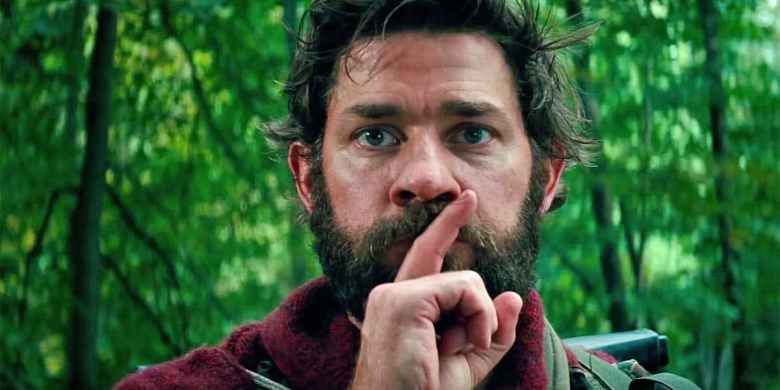 John Krasinki’s “A Quiet Place” received near unanimous acclaim when it opened in theaters nationwide in April 2018 (the film boasts an impressive 95 percent on Rotten Tomatoes from 364 reviews), but one critic who panned the movie was Richard Brody of The New Yorker. Brody’s review of the movie was titled “The Silently Regressive Politics of ‘A Quiet Place'” and claimed Krasinski’s horror film had the whitest voice in film since the release of Martin McDonagh’s “Three Billboards Outside Ebbing, Missouri” the year prior. “As horror films go, it’s the antithesis of ‘Get Out,'” Brody wrote, “inasmuch as its symbolic realm is both apparently unconscious and conspicuously regressive.” The review criticized “A Quiet Place” for its central narrative about a white family with guns protecting their home from “a bunch of big, dark, stealthy, predatory creatures.”

Brody’s “A Quiet Place” review came to Krasinski’s attention while being interviewed for an Esquire profile, and the writer-director maintained that he was not trying to make any kind of political statement with “A Quiet Place.” The film was written as a metaphor for parenthood. While Krasinski and Brody have different understandings of the narrative, the director said he’s not one to undervalue other perspectives of his work.

“I never saw it that way or ever thought of it until it was presented to me in that way,” Krasinski said of Brody’s review. “It wasn’t about being, you know, silent and political time that had nothing to do with that. If anything it was about, you know, going into the dark and, and taking a chance when all hope looked lost, you take, you know, you fight for what’s most important to you. Again, my whole metaphor was solely about parenthood.”

Krasinski describes his “A Quiet Place” script as being “about parenthood and the promise that you make to your kids that I’ll keep you safe no matter what — that’s, that’s inevitably a false promise.” As for the upcoming sequel, Krasinski adds, “The second one is about that promise being broken and it’s about growing up and it’s about moving on and dealing with loss. For me this whole movie becomes about community. It’s about who do you trust in dark times and the power of relying on other people in dark times.”

Paramount Pictures is releasing “A Quiet Place Part II” in theaters nationwide March 20. Head over to Esquire’s website to read Krasinski’s profile in its entirety.

This Article is related to: Film and tagged A Quiet Place, John Krasinski, Richard Brody