Kevin Feige is making his acting debut in the next episode of "The Simpsons." 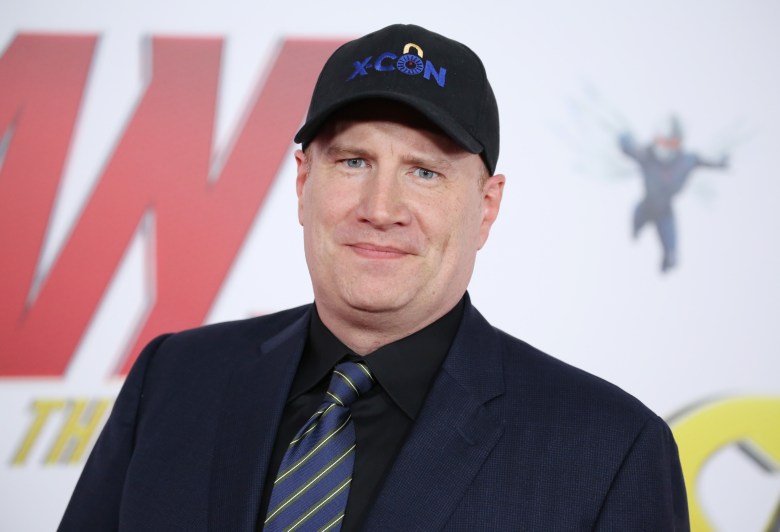 “The Simpsons” was one of Disney’s myriad series to hit Disney+ when the service launched last year, which means it is long past time for some sweet, sweet corporate cross-promotion — Avengers style.

Variety reported that Marvel Studios president Kevin Feige, who has produced all of the Marvel Cinematic Universe films, will make his acting debut in Sunday’s “Bart the Bad Guy” as “Chinnos,” who bears a blink-and-you-miss-it resemblance to a certain character that Josh Brolin recently portrayed in several other Disney-owned projects.

While Feige’s character promises that his phone’s “doomsday app” will allow him to wreck all sorts of havoc, as the episode’s title suggests, Bart Simpson is shaping up to be the big bad. Variety reported that “Bart the Bad Guy” will follow Bart as he accidentally gets to see the latest “Vindicator” superhero film before release, causing him to become “Spoiler-Boy.”

The plot is shaping up to poke plenty of fun at the spoiler scares that inevitably surround every major MCU project. Marvel Studios, franchise stars, and the Russo brothers actively pleaded with fans to avoid spoiling “Avengers: Endgame” in the weeks leading up to its release, and the film series has become infamous for the secrecy surrounding its future projects.

With luck, Mark Ruffalo (who portrays Dr. Banner/Hulk in the franchise) will find time to tune in to “Bart the Bad Guy.” The actor inadvertently spoiled the numerous deaths in “Avengers: Infinity War” while promoting “Thor: Ragnarok” in a 2017 interview — much to franchise co-star Don Cheadle’s horror — though the interview thankfully didn’t gain much traction until after “Infinity War” hit theaters.

As for “The Simpsons,” the long-running comedy has poked plenty of fun at Disney in the past, including when Disney announced that the series would stream on Disney+.

This Article is related to: Television and tagged Kevin Feige, Marvel Cinematic Universe, The Simpsons