Presented by The Criterion Collection, "Nothing At Stake" is Kogonada's first video essay release since 2017. 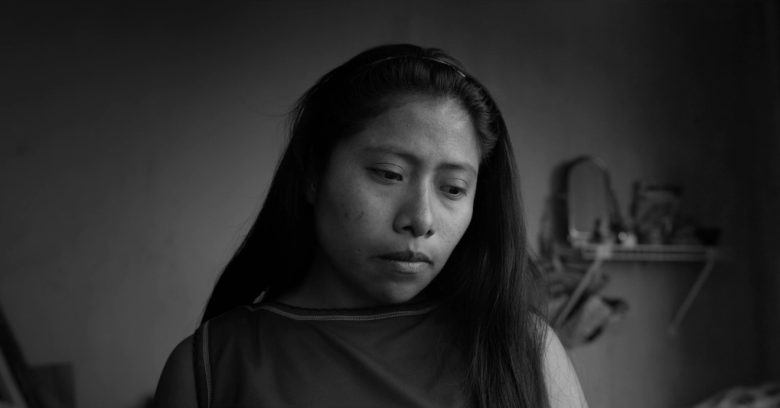 Korean American filmmaker Kogonada has returned to the medium that made him a superstar among cinephiles thanks to the Criterion Collection’s brand new “Roma” release. The Alfonso Cuarón-directed Oscar winner is the first Netflix original movie to join Criterion. The release is accompanied by a nine-minute video essay from Kogonada entitled “Nothing at Stake,” which marks Kogonada’s first video essay since 2017. The director made his feature directorial debut with 2017’s “Columbus,” but he gained followers long before that by releasing acclaimed video essays on Wes Anderson, Alfred Hitchcock, Ingmar Bergman, Yasujirō Ozu, and more.

Criterion’s synopsis for “Nothing At Stake” reads: “The most deeply personal film of Alfonso Cuarón’s career, ‘Roma’ imbues the director’s own childhood memories with the epic sweep of history. But for all the technical virtuosity and monumental scale on display in its set pieces, the movie is anchored by the quiet, loving attention it pays to the rhythms and textures of early-1970s Mexico City. In this new video essay, ‘Columbus’ director Kogonada explores how the in-between moments of the protagonist’s daily existence serve as the heart of Cuarón’s vision — and connect it to the themes of life, death, and rebirth in a few very different works in his filmography, including the dystopian thriller ‘Children of Men’ and the space odyssey ‘Gravity.'”

Kogonada published his first major video essay in 2011 (“Breaking Bad: POV”) and seemingly retired from the format following 2017’s “Once There Was Everything.” The director released three video essays a year on average between 2011 and 2017, making him one of the genre’s most popular and acclaimed voices. Kogonada stopped publishing video essays as he pushed into feature filmmaking. The director’s “Columbus,” starring John Cho and Haley Lu Richardson, premiered to universal acclaim at the Sundance Film Festival and earned some of the best reviews of 2017. The film earned three nominations at the Gotham Awards (including Best Actress for Richardson) and four nominations at the Indie Spirit Awards, including Best First Feature and Best First Screenplay for Kogonada.

Next up for Kogonada is his “Columbus” follow-up film “After Yang,” which has the backing of A24. The film is an adaptation of Alexander Weinstein’s “Saying Goodbye to Yang” and tells the story of a father and his daughter who try to save the life of their robotic live-in babysitter. The cast includes Colin Farrell, Jodie Turner-Smith, and Haley Lu Richardson. A24 is expected to release the film in theaters later in 2020.

Watch Kogonada’s “Roma” video essay “Nothing At Stake” in the video below. “Roma’ is now available to purchase on the Criterion Collection. The drama is also streaming globally on Netflix.

This Article is related to: Film and tagged columbus, Criterion, kogonada, Roma