Yes, there are too many shows, but those shows would be easier to appreciate without 90-minute episodes. 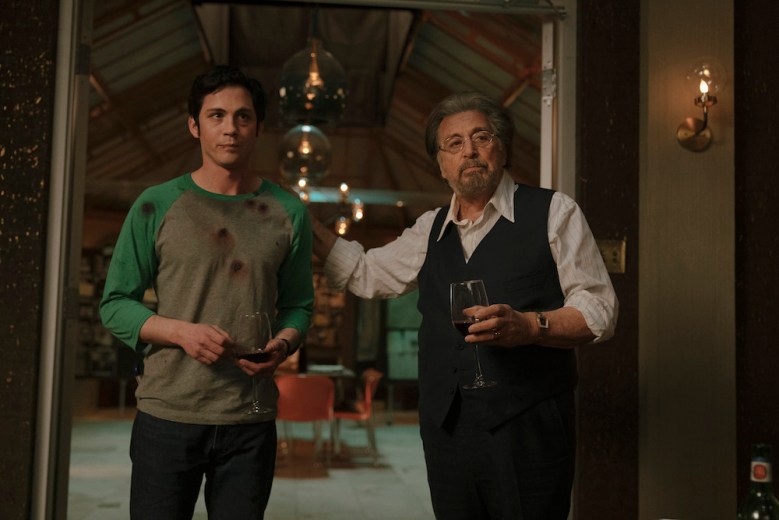 I remember when extra-long TV episodes were a selling point. If “The X-Files” was airing a two-hour “television event,” Fox would lead its promos with the upped runtime. Finales were given extra gravitas with extended episodes, and sweeps week was filled with mega entries of each network’s highest-rated shows. “Longer” was meant to equal “better,” even though the motivation for most of these episodes was based in selling more ads around a popular program, rather than the program’s creators begging for more time.

Nevertheless, the “longer=better” concept has cemented itself in the minds of not only TV viewers (as those ads intended), but many of today’s TV creators, as well. Even when ads are a non-factor — like series on premium cable and streaming — there’s an abundance of flagrant offenders. Shows like Amazon Prime’s “Hunters” (which starts with a 90-minute pilot), HBO’s “The Outsider” (with four episodes in a row over 60 minutes), and Netflix’s “Narcos: Mexico (also with four episodes over 60 minutes) all dropped in the last month and only cover the latest sampling of overlong episodes. It’s a problem that’s been cited, explained, and denounced again and again and again for the last, oh, I don’t know, three decades? And yet, it persists.

Why? I blame movies. Believing that anything “feature-length” (or close to it) denotes an uptick in quality reflects TV’s once subservient relationship to film — as if all that’s separates a TV episode from a movie is time.

Well, guess what? TV is so good now, the film world is trying to claim the best episodes as their own; virtually any filmmaker you can think of has crafted stories for the small screen (or they’re about to), and “Parasite” — the holiest of all films, in the year of our Bong 2020— is being adapted into a series at the mecca of prestige television, HBO.

TV writers, directors, and producers still suffering from an inferiority complex need to buck up and back their medium. In truth, most of those extra-long episodes suffered because of their length. The “Hunters” pilot is so long and so thorough it feels like you’ve completed something when it’s over, when you’re really just getting started. “The Outsider” is balancing an impossible tonal challenge, existing as a police procedural and supernatural thriller, but running long isn’t the only way to respect both genres. “Narcos: Mexico” kicks off with two episodes well over the hour-mark, and it’s a propulsive action series — so move a little faster!

The Golden Age of Television wasn’t built on the back of series known for feature-length episodes, and yet fewer broadcast restrictions, bigger budgets, and the unquenchable thirst for content has led to more, more, more. With many streaming services relying on endless options to keep viewers hooked on their platform, including longer episodes only ensures subscribers will have something to watch that much longer. Instead of producing another stand-up special or feature film, they can just add 10 minutes to every entry of a drama series.

With that strategy in mind, the question becomes: Do you, dear viewer, mind longer episodes? Do you even notice the 90-minute entries while bingeing? Do you feel the weight of time crushing the momentum and dulling the points of your favorite shows? Critics (like yours truly) might throw up our arms after explaining why they’re a plague on the medium for the umpteenth time, but do viewers feel the same frustrations? Or are you happy spending more time with your preferred addiction?

For more on the bulky building blocks of “too much TV,’ check out this week’s episode of “Millions of Screens” with TV Awards Editor Libby Hill, TV Deputy Editor Ben Travers, and Creative Producer Leo Garcia. In the latest discussion, Libby takes a stand for television’s artistic integrity (pinkies up), while Ben plays the devil’s advocate, positing that fans may not care about bogged down episodes so long as they get to spend more time vicariously hunting Nazis.

In turn, Libby breaks down the latest release date jockeying, as distributors vie for the most Emmy-friendly release dates (without going head-to-head with other must-watch awards hopefuls), and the crew cuts it off there, so not to become the very thing they’re rallying against: a long episode.

This Article is related to: Television and tagged hunters, Millions of Screens, Podcasts