The updated version of the Lumière classic is also presented at 60 frames per second. 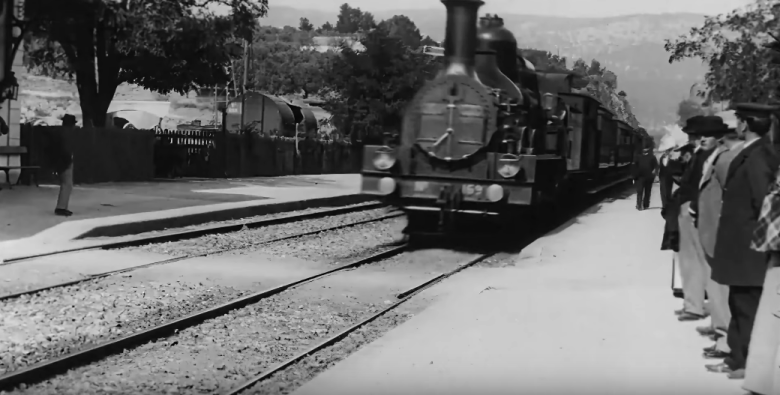 “Arrival of a Train at La Ciotat”

Auguste and Louis Lumière were two of the pioneers of filmmaking, but you’ve never seen a Lumière brother film like this before. YouTube user Denis Shiryaev is going viral after uploading a fan-made restoration of the Lumière brothers’ 1885 short film “Arrival of a Train at La Ciotat,” presented in 4K and at 60 frames per second. The restoration brings one of the most historic short films of the 19th century firmly into the 21st. The image is so clear it almost makes it appear as if the Lumière brothers shot “Arrival of a Train” on digital. The fan-made restoration was uploaded to YouTube on February 2 and has already amassed over 1.1 million views and counting in less than a week.

“Arrival of a Train at La Ciotat” was shot in 1895 but did not publicly screen for the first time until January 1896. The silent short film runs 50 seconds and depicts a train pulling into a train station in the French coastal town of La Ciotat. Like the majority of early Lumière film projects, the film is a single, stationary shot capturing movement in everyday life. The legend goes that the first audiences to see “Arrival of a Train at La Ciotat” would scream and run to the back of theater because the image of a moving train heading directly toward the audience had never been seen on the big screen before.

The early Lumière brother movies became referred to as “actualités,” or actuality films, and are regarded as the earliest form of documentary filmmaking. Some of the filmmaking duo’s well-known first short films include “Horse Trick Riders,” “The Gardener,” “Blacksmiths,” “Baby’s Breakfast,” and “Jumping Onto the Blanket.” The titles got their names from the actions and/or subjects depicted in their respective films. All of these films ran between 40 and 50 seconds. It wasn’t until 1903 that narrative cinema was introduced with the debut of Edwin S. Porter’s “The Great Train Robbery.”

This Article is related to: Film and tagged Arrival of a Train at La Ciotat, Lumiere Brothers, Short Film