From recent favorites like "Good Time" and "Anna Karenina" to classics like "Blade Runner," Netflix's February slate is full of great stuff. 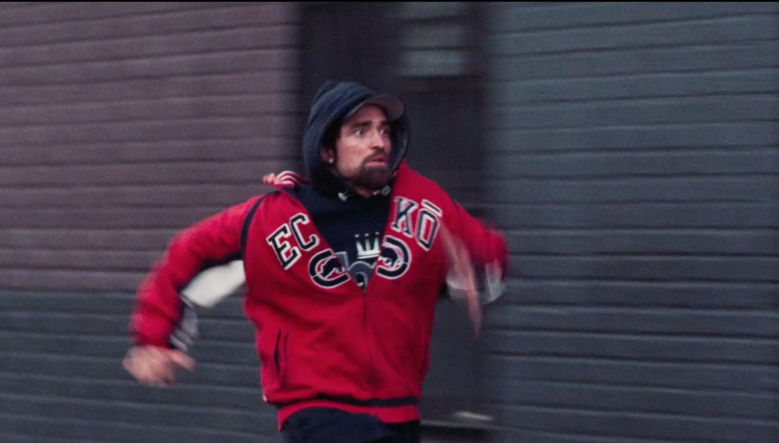 There’s no shortage of great movies coming to Netflix in February 2020, as the streaming giant’s typically eclectic release slate runs the gamut from recent favorites like “Good Time” and “Anna Karenina” to unimpeachable ’90s classics like “Jerry Maguire” and “Starship Troopers.” And while Netflix’s library of older films continues to dry up, the addition of must-see ’80s movies like “Blade Runner” and “Purple Rain” might help to ease the pain, or at least keep you busy while you figure out what to watch next on The Criterion Channel.

This month will also see the release of a recent Sundance premiere (Jeff Baena’s “Horse Girl”) along with a few highly anticipated Netflix originals such as “To All the Boys: P.S. I Still Love You” and of course “A Shaun the Sheep Movie: Farmageddon,” and at this point we can only assume that Lana Condor and Aardman Animations won’t let us down.

Here are the seven best movies new to Netflix in February 2020.

Alfonso Cuarón’s personal favorite of his films (at least as of 2013, though it wouldn’t be surprising to learn that “Roma” has overtaken it since), a live-action fairy tale like “A Little Princess” might seem to be a hard left turn for a director whose only previous feature was a very morbid comedy about the AIDS crisis. But the beauty of this unexpected children’s film is in how the project actually plays to his strengths, revealing many of them for the first time.

A hyper-imaginative but delightfully old-fashioned adaptation of Frances Hodgson Burnett’s classic novel of the same name, “A Little Princess” may be far removed from Cuarón’s personal experience, but it’s touched with so much of his wonder and humanity. Starring Liesel Matthews (the heiress of the Hyatt Hotels fortune!) as Sara Crewe, a wealthy and wide-eyed pre-teen girl whose father leaves her at a New York boarding school when he goes off to fight in World War I, this whimsical adventure is a coming-of-age tale that carves out a special world from inside the one we know.

The story isn’t particularly fresh — Miss Minchin’s school is filled with all the usual archetypes, from the evil headmistress to the prissy students and the black scullery maid who’s in desperate need of some magic — but Cuarón proves just how much splendor and suspense he’s able to conjure from thin air (and a few incredible sets). Speaking to his young audience with the clarity of someone who never really grew up, Cuarón readily admits that it’s a cruel and nasty world out there. But, for neither the first nor the last time, he finds real grace in his characters’ refusal to become cruel and nasty, themselves.

Despite nearly doubling its budget and earning four Academy Awards in the process, Joe Wright’s feverish take on Leo Tolstoy’s classic novel seems to have been semi-forgotten over the years. Which is a shame, because this visually dazzling music box of a movie — which vivisects the famous tragedy into a living diorama with a zillion moving parts, as though its characters are dying and immortalized at the same time — is one of the most dynamic period epics of the last decade.

It’s only made all the more impressive by the fact that Wright and his crew decided on their inventive approach just a few weeks before production began. Keira Knightley has never been better, Alicia Vikander delivers a star-making performance as Princess Ekaterina, Jude Law takes his first delightful steps into the “character actor” phase of his career, and internet punching bag Aaron Taylor-Johnson weaponizes his clenched energy as the smoldering Count Vronsky. “Anna Karenina” is an absolute marvel of cinematic craft, even (or because) it’s no substitute for its mythic source material.

More than just Pete Davidson’s favorite movie of all time, or the film that allowed the Safdie brothers to finally realize their dream of making “Uncut Gems,” or Exhibit Q that Robert Pattinson is one of the most daring and go-for-broke actors of his generation, “Good Time” is a propulsive morality tale about a small-time criminal whose desperation to help his brother only makes things worse for them both at every turn.

As IndieWire’s Eric Kohn noted when he reviewed the film at Cannes in 2017: “‘Good Time’ is a Kafkaesque heist movie, populated by maniacal characters careening through Queens on a doom-laden quest over the course of a single tumultuous night. It’s a wild, twisty maze of misbegotten plans by desperate people, and exists within the confines of their aggressive desire to get the job done.” Kafkaesque? Doom-laden? Queens? Yahtzee! Buckle up for a New York story as only the Safdie brothers could tell it.

It took a minute, but Paul Verhoeven’s straight-faced anti-fascist satire is finally being appreciated for what it is. Here’s what IndieWire’s Steve Greene had to say about the bug-infested epic when the site crowned it one of the 50 best movies of the 1990s:

Of all the things that Paul Verhoeven’s dark comic look at the future of authoritarian warfare presaged, the way that “Starship Troopers” uses its “Would you like to know more?” refrain seems most prescient now. The creature design still holds up and the uniforms basically became a template for modern football gear, but that curiously-placed question almost seemed to envision an internet-based future of media silos and confirmation bias. As authoritarian tendencies are seeping into politics on a global scale, “Starship Troopers” paints shiny, ugly insect-infused allegories of the dangers of blind adherence and the power in targeting an easy enemy. It’s a finely-calibrated exercise in tone, finding the satirical sweet spot between the horrors of a war movie and the winking indictment at those who’d misinterpret its message.

At the height of his career, just months after the first “Mission: Impossible” film had cemented his status as the world’s leading action star, Tom Cruise decided to downshift by playing the title role in a plucky Cameron Crowe rom-dramedy about a sports agent who experiences a sudden crisis of conscience. Of course, for a sports agent in a cynical world of tough competitors, having a conscience is just about the greatest crisis there is.

And so it goes for fast-talking, floppy-haired Jerry Maguire, who finds his career in ruins after he loses his “ability to bullshit” (and his job along with it). It’s a hard world out there for people who care about people, especially when they care about people more than they do endorsement deals; when they care about the love of the game more than they do about the length of a contract. Capitalism isn’t really the most accommodating environment for compassion.

Watching the highest-paid actor on the planet try to sell us on the human angle should have been a noxious exercise in hypocrisy, but Cruise’s performance is anything but. Bending his usual intensity towards saving himself rather than saving the world, Cruise’s turn as Jerry Maguire is an incredible high-wire act of moral desperation. And when you raise the stakes by introducing a young Renée Zellweger into the mix as Cruise’s love interest and sole employee, you have the game plan for one of the most quotable, rewatchable, and unimpeachable movies of the ’90s.

There’s really no way of articulating the royal level of Prince-ness that the late icon gifted the movies with the release of 1984’s “Purple Rain,” a musical extravaganza about a very Prince-like character dubbed “The Kid” who’s trying to sort out some rather intense daddy issues while leading his Minnesota rock band (The Revolution) to fame and glory.

Iconic shots of Prince straddling his motorcycle in front of the world’s biggest steam vent? Check. Apollonia doing Apollonia stuff? Check. The single greatest OST in the history of moving images? Check. Any soundtrack would kill to have “When Doves Cry,” “I Would Die 4 U,” “Darling Nikki,” or the film’s immortal title song — “Purple Rain” has all of them. If only all rock gods could so floridly leave their wills on film.

The only version of “Blade Runner” over which Ridley Scott had complete and unimpeded artistic control, this 117-minute cut was assembled in honor of his masterpiece’s 25th anniversary back in 2007, and there’s certainly a definitive quality about it (the full unicorn dream sequence has been restored, which canonically tees up the events of “Blade Runner 2049”).

If you’ve never seen one of the greatest sci-fi films ever made, this is the best way to get familiar — it’s essential viewing for anyone living in a dystopia of their own (that’s you). But don’t delay, as great movies have a tendency to disappear off Netflix before too long. I’ve seen things you wouldn’t believe: “Inception.” “The Fellowship of the Ring.” I’ve watched Sigourney Weaver blast a Xenomorph out into space until its lifeless rubber body glittered in the dark near LV-426. All those moments have been lost in time, like tears in the rain.

This Article is related to: Film and tagged Blade Runner, Direct, Netflix, Prince, The Safdie Brothers