Kit Williamson reflects on his web series that started as a $2,000 birthday gift to himself and is now ending its four-season run on Netflix. 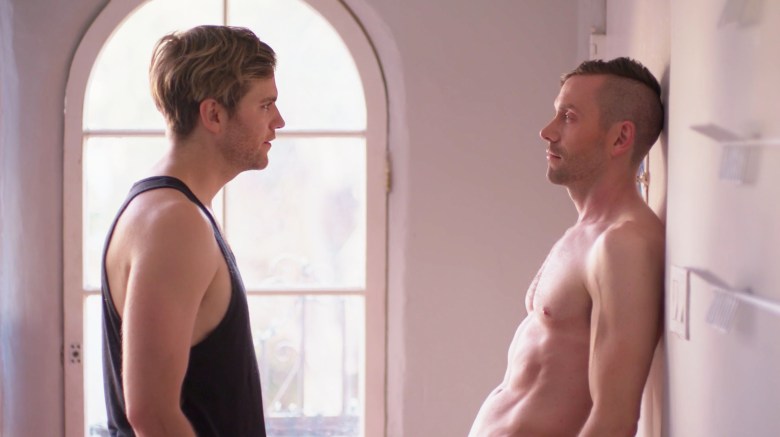 “EastSiders” is an Emmy-nominated dark comedy about a gay couple and their friends in Silver Lake, Calif. For creator/star Kit Williamson, the seven-year journey of making the series — which began as a $2,000 self-financed project, and ended with its fourth and final season dropping on Netflix back in December — has been an education. Along the way, he’s shared his insights with IndieWire about why actors should consider making a web series, what you need to consider before starting an indie series, his secrets to successfully crowdfunding, and how he sold the series to Netflix. Here is his final take on the series and what he learned from it.

“If it was easy, everyone would do it.”

After seven years and four seasons, my indie series “EastSiders” is coming to an end. It’s been a wild ride from YouTube to Netflix, where the show is now available worldwide, subtitled in more than 30 languages. Although we’re available to binge watch on the largest streaming service on the planet, we’re still 100% independently produced, and have financed every season through crowdfunding and brand partnerships.

The series began as a birthday present to myself while I was in grad school at UCLA. I saved up $2,000 by waiting tables, and self-financed the first two episodes and put them online, not really knowing what to expect. The original cast starred Van Hansis (“As the World Turns”), Matthew McKelligon (“You’re Killing Me”), myself, my husband John Halbach, and Constance Wu, whose career has since skyrocketed. To my surprise, we attracted the attention of Logo, and then Wolfe Video, an independent film distribution company that handled our DVD and VOD release, and brokered our deal with Netflix.

Now that the fourth and final season has premiered, I want to share some lessons I’ve learned about making an indie series, one for every year we’ve been making the show.

1. No One Will Care More Than You 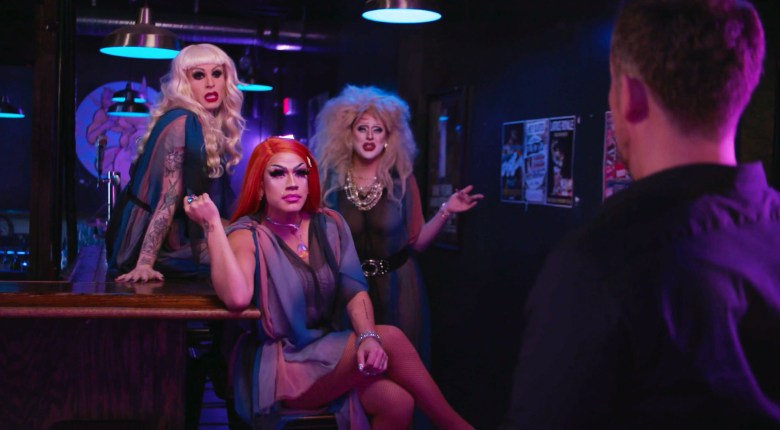 No matter how gung-ho your collaborators seem at the outset, ultimately this is your baby. Not a day has gone by in the last seven years that my husband and I haven’t in some way tended to our web-series baby, even if we sometimes wanted to throw it out with the bathwater. While you can find plenty of people willing to give their all during production or post, ultimately it’s a job and, for them, it’s going to end. For you, the real work begins when you have a finished series.

2. Take Time to Do It Right, but Don’t Wait Forever

Think about launching your series the way you would launch a company. Do you have a plan for how you’re going to keep it going, beyond making a fortune selling it to the highest bidder? What if that doesn’t end up being your path? (Spoiler alert: it’s probably not going to be your path—it certainly wasn’t mine.) I know far too many web-series creators who sat on their series for years waiting for lightning to strike. If you’ve got fancy representation or network connections of your own it’s not a bad idea to try and go the traditional development route, but if you sit around waiting for the industry to notice you, you’ll probably wait forever.

When you do put your work out there, don’t just wait for people to find it. Actively seek out your audience before you launch. The first people to embrace our show were fans of Van Hansis on “As The World Turns,” and they led a campaign to grow our Facebook page to over 1,000 likes before the first episode was released. We were lucky that there was already a community there, but we did everything we could to support it, engaging with the fans and creating additional content for them to share. Their support helped our first episodes go viral on YouTube, and it was a huge advantage when we started crowdfunding. Through the years we’ve raised nearly half a million dollars through crowdfunding, and have found that fundraising itself is an excellent way to build community. I do my best to thank every person that writes to me about the show on Twitter — if your end goal isn’t for people to engage with your work … what is it?

4. You Have to Do the Dirty Work 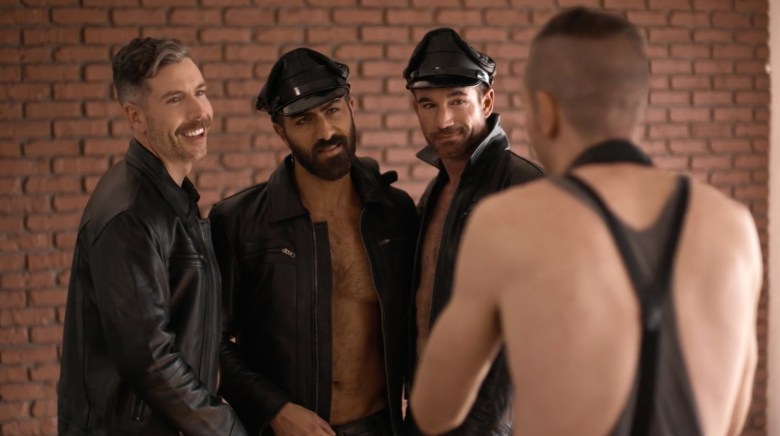 For indie projects, there is often a big difference between being distributed by a streaming service and being on their slate of originals. Netflix has given us an incredible global platform, but we handle all of our own marketing, social media, and PR. That means we’ve had to take our success into our own hands. Although we’ve worked with many publicists through the years, the majority of the press we’ve gotten has been because of our own outreach. We’ve essentially had to become a PR firm and an ad agency. At the end of the day you need to tell the story behind your story to prospective viewers — and no one is going to care more than you, remember?

5. You Have to Hustle for Legitimacy

In the seven years since we started “EastSiders,” indie series have become more and more ubiquitous. You have to do everything you can to stand out from the crowd. Envision your press release; it has to say something other than “indie series is good.” That’s just not newsworthy in 2020. Thankfully more and more film festivals, from Sundance to Tribeca, are programming episodic content. Tribeca has had a digital marketplace for a few years now, and two years ago I took part in Sundance’s New Voices Lab, which seeks to offer guidance to filmmakers that fall into the still emerging landscape of web TV. The Emmy Awards are also taking notice, expanding their short-form drama and comedy categories, as well as our category, Digital Daytime Drama Series, which offers acting, writing and directing categories and recently opened up a number of technical categories to digital series.

6. Pay Attention to the Market

It seems like new streaming platforms are emerging every day, and they all have their own programming mandates. The explosion of new streaming services has created a demand for content, and opportunities for filmmakers operating outside of traditional industry pipelines. There are a number of indie series that have been licensed by Netflix, Amazon, and Hulu — we’re exclusive to Netflix now, but at one point, we were on all three, as well as Fullscreen’s now-defunct streaming service. 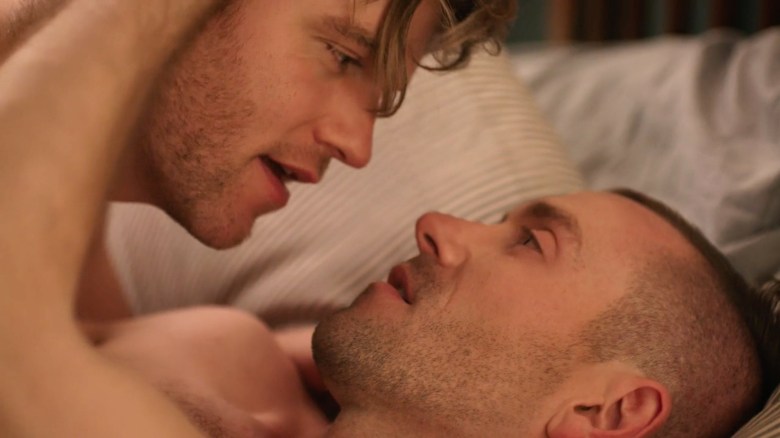 Let’s be real, a lot of indie series are … hard to watch. But if you don’t know what’s out there, how do you know that you’re actually offering something innovative and unique? Imagine going into NBC and trying to pitch “Law and Order: SVU.”

Do your research, and try to connect online with other web series creators with similar goals. I’m a firm believer that a rising tide raises all ships, so support each other. No one is going to not watch your show because they watched someone else’s.

Our show began on YouTube as 10-20 minute webisodes and has evolved into a traditional half-hour TV show format, and our team has evolved along with it. Every season, we’ve pushed ourselves to learn from our mistakes and and make the best show we can with the resources we have. As the show grew, we had to grow with it. More than anything, I’m grateful to “EastSiders” for teaching me what kind of stories matter to me — and how hard I’m willing to work in order to tell them.

Wolfe has released a free documentary chronicling our journey, which you can watch here:

This Article is related to: Toolkit and tagged EastSiders, Independent Television, Netflix